Brett Beard's second stop in his Gravel Grand Tour was The Mid South in Stillwater, Oklahoma. One of the last events to happen before the Corona lockdown, The Mid South delivered on its reputation of pairing a tough route with even tougher course conditions. Racers traveled nearly 104 miles with over 6,200 feet of elevation gain through thick Oklahoma mud. Brett headed into the event feeling a little under-prepared but was able to push through for a very solid result. Drew Esherick, our Eastern Tech & Event Representative, was also there to attend the demo and support Brett on his way to a 19th place!

Photos courtesy of 241 Photography and Bobby Wintle, founder of The Mid South. 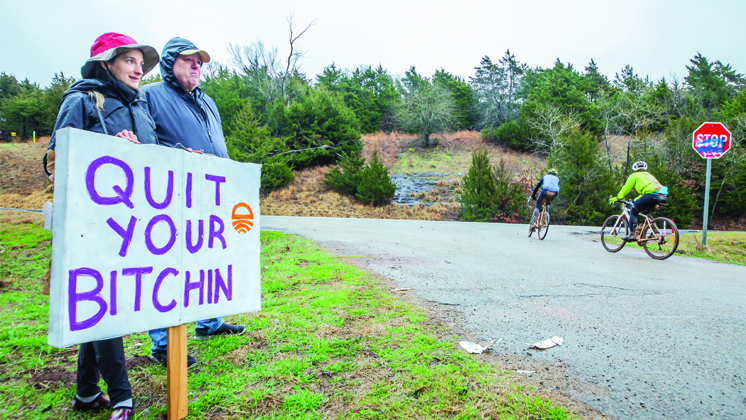 Stan's NoTubes: Can you summarize The Mid South in one word?

SNT: Do you often train in less than ideal conditions like what you experienced at Stillwater?

BB: No, I am a fair-weather rider. I'm hard enough on my equipment and don't need any additional factors to ruin or wear things out prematurely. I feel my previous riding disciplines aided in my ability to keep things chugging along throughout the day. I felt especially confident in the roughest of sections and corners that were an absolute slopfest. These were two areas that I found myself carrying decent speed where others seemed to be taking it overly cautious in my opinion. 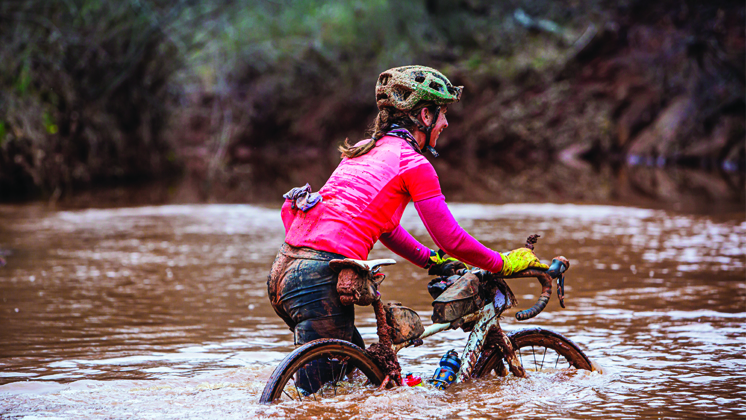 SNT: Overall, were you satisfied with your effort?

BB: No, I don't think so haha! I'm the type of guy that's really never satisfied with anything, even when I get on the podium--I always think "What could I have done better?" In this race, it would have been making the lead group, which I, unfortunately, did not. 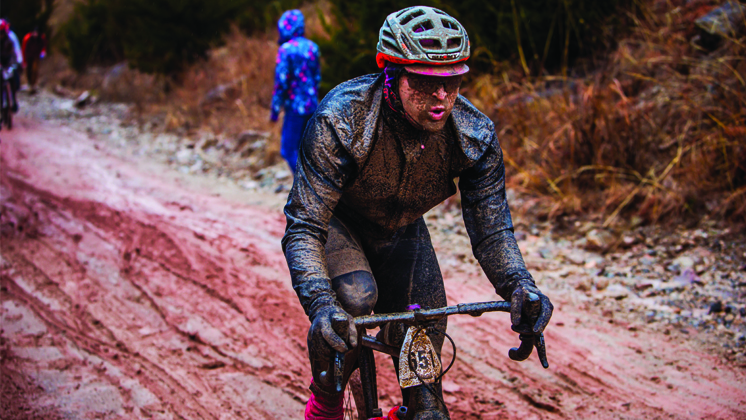 SNT: We heard the mud was intense, like suck the shoes off your feet intense, did you encounter any bike problems?

BB: Yeah the conditions were gnarly! When rolling into the halfway point of the race, The Mid South had car washes open that you were invited to powerwash your bike off--I took advantage of that and then went into the pit where I was swapping bottles and getting more food and Drew cleaned and lubed my bike even more! I set out on the second half of the race with a much cleaner feeling bike that was certainly rejuvenating, thanks Drew! After getting home and cleaning up my bike, I found that some mud/stones must have packed in and shifted my chain over into my carbon chainstay--bad enough that I don't feel comfortable riding the bike as is. Many other parts need to be replaced on my bike, including the chain, derailleur pulleys, bottom bracket bearings, brake pads, at least one rotor, and headset bearings. 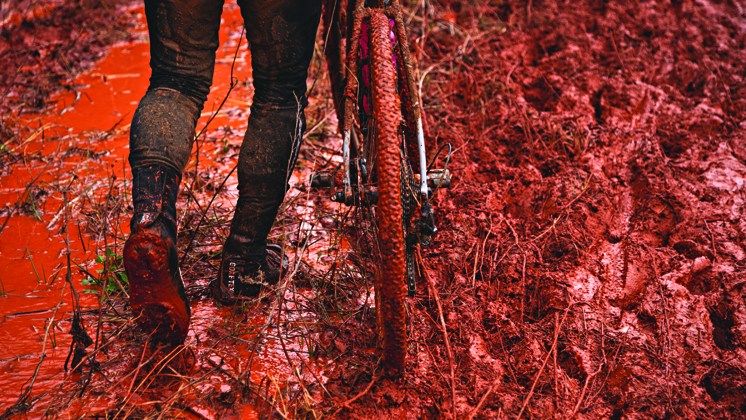 SNT: While racing, did you attempt to manage the mud piling up on your bike?

BB: During the race I had no serious bike problems--but I don't feel that was all because of luck. I was constantly thinking and executing how to keep my bike rolling as smoothly as possible during the event. The first thing I did the day prior was swap out my 40c tires for some skinny 33s to help with mud clearance. Then while riding through all of the muck I was keeping a very close ear and feel on my drivetrain. When it would start to make different noises or feel weird, I would try to find deep puddles to ride through to clean it off and also bunny hop and slam it down to knock the mud off. Line choice was often unconventional and a huge part of my strategy. I had shifting issues and skipping issues some but I was able to work around those for the most part. I also tried to stay on my bike as much as possible--I think I only had to walk 3 different times and that was because the mud had packed up and ground my bike and I to a halt. In most situations, though, I found myself grinding away at a slow pace where most everyone around me was off the bike. 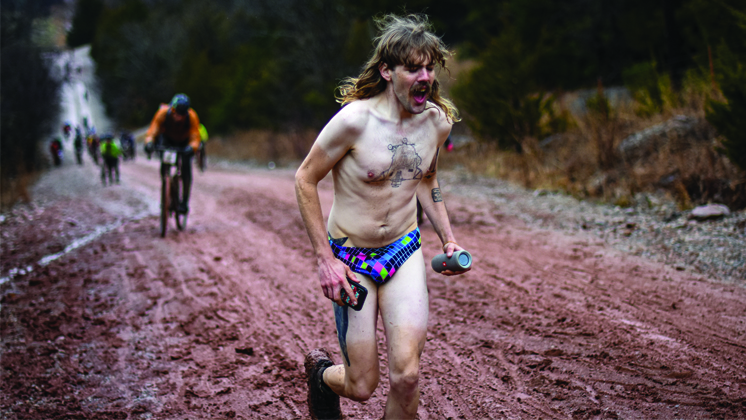 SNT: What did you learn from The SugarCane 200 that you brought to The Mid South?

BB: Traveling to the event 3 days prior rather than 2 days to allow for more setup and settling in. Pacing; not pushing it and burning matches that don't necessarily need to be burnt. 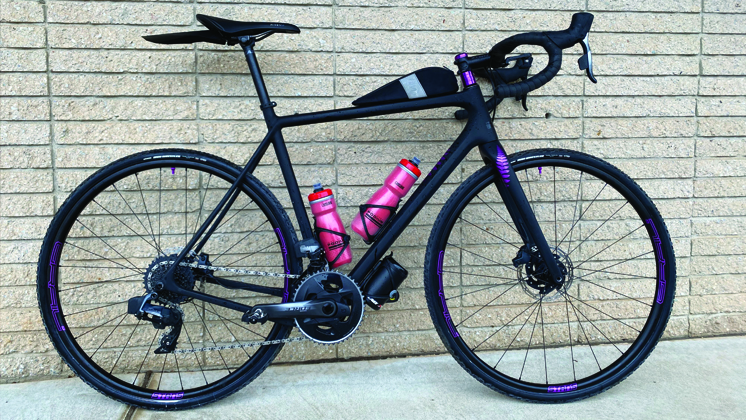 SNT: What did you learn at The Mid South you'll take with you to the future gravel events?

BB: Try my damnedest to make the lead group at the start! Also, eat and drink more early on so I can lessen the chances of cramps and lack of energy later in the day. 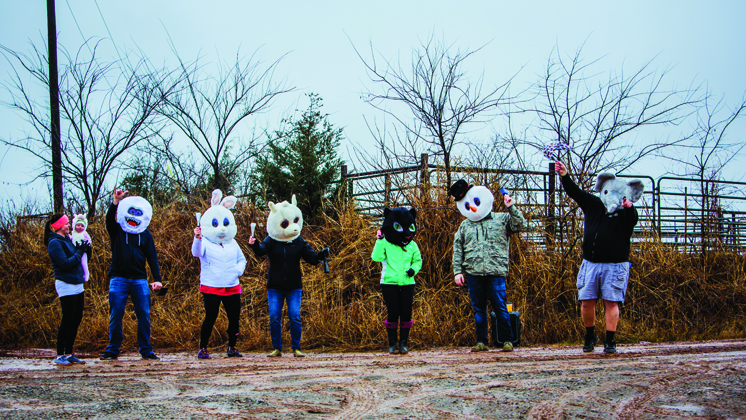