Getting to Know Transition, Part 1: Mountain Bikes By Riders For Riders, Bellingham-style

Getting to Know Transition, Part 1: Mountain Bikes By Riders For Riders, Bellingham-style

When Kevin Menard and Kyle Young started Transition Bicycle Company in the early 2000s, it was just a fun side gig. Both men were working in the corporate world outside the bike industry, but they loved mountain biking and kept putting their time and energy into Transition. Three and a half years into it, their fourth bike, the Bottlerocket, proved successful enough that both men could say goodbye to their old day jobs. Ever since, the constantly evolving company has been growing into one of the most coveted off-road bike brands. We sat down with Kevin to learn more about how exactly Transition got to where it is today and what might be coming next.

Stan’s NoTubes: Transition wasn’t your first job in the bike industry. How did you really get into it?

Kevin Menard: I was hired as a Bicycle Assembler for Vision Recumbents, which manufactured everything from scratch, including doing the welding, painting, and assembly. I did all sorts of jobs within the company and worked my way into sales and marketing. Eventually, I was lured away by corporate America and big checks, but then I got kind of bored.

SNT: What brought you back to bikes?

KM: Kyle and I were working for T-mobile. Then one day our boss, who had kind of just been showing up, actually quit showing up because he got another job. We asked, “What should we do?” He told us to use our time wisely. I was always into mountain biking, so we decided to go for it and get into mountain biking. We jumped in. 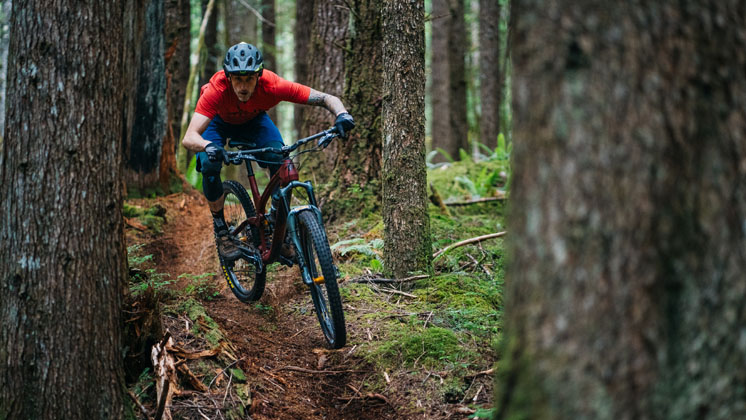 SNT: How did that turn into the Transition we know today?

KM: Fortunately, we had the resources and time, so it worked out well. Both of our wives were super supportive. It wasn’t like we had to mortgage everything. We took a conversative approach to start small and not leverage the company with a bunch of outside money. We like the slow growth approach, so we did the moonlighting gig where we kept our jobs for three to four years while we grew the brand.

When you first start, you never think it’s going to end up like it does. I thought it was a fun side hustle, but then it started taking off. We got to the point where we knew we could quit our jobs AND pay ourselves money. We were both in Seattle, and we were getting antsy in the city. We’d been going to Bellingham all the time, so we made the move there. That was the best move we ever made. We love it up here, and it’s been fun to integrate into the community. Today, we have about two dozen people on staff. 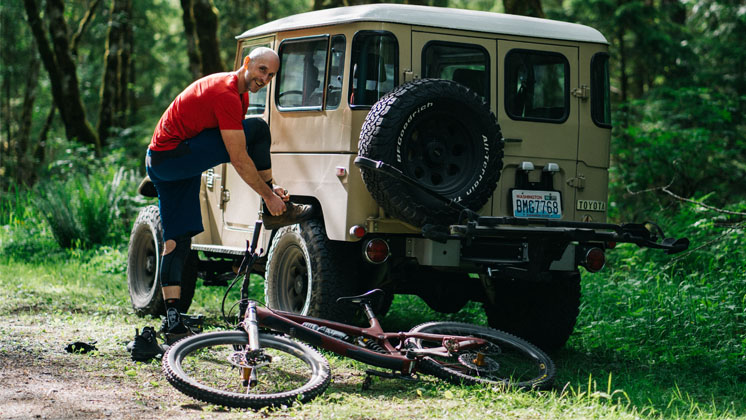 SNT: What is it about Bellingham that makes it so special?

KM: I ended up serving on the board of the local trail advocacy group for nine years, and it’s been fun to see the full evolution of mountain biking in Bellingham. It’s exploded in a good way.  There are so many trails - it never gets crowded. Once you get out on the trails here, you never see anybody.

I love seeing new places, and I’ve travelled everywhere in the U.S. and internationally. One thing that’s unique about Bellingham is its long history of trail building. We don’t do big paid trail projects here. We don’t pay $150K and build a trail. Everything is 99.9% volunteer-built. There’s a massive amount of good, next-level trail builders around here who do it for fun. And while I have seen that in other places, I’ve never seen it to the extent we have here. It means we have high quality trails everywhere, and it’s been like that for years. 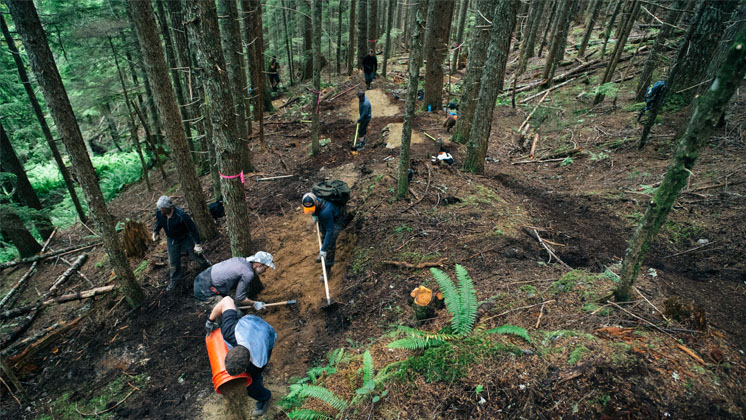 Bellingham is just small enough to feel like you know a lot of people, but it’s big enough that we can raise money to do stuff or buy things. We blow the doors off some groups that do some fundraising in big cities, AND we get 100+ people to show up for trail work days. Trail building is just part of the atmosphere - you show up and do trail work, or you support the organization that does it. 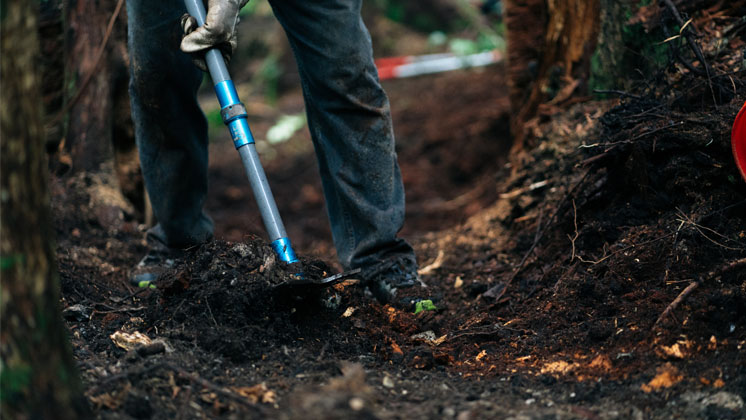 SNT: Are there any downsides?

SNT: Back to Transition’s growth... just as mountain biking has changed over the years, so has the company. Walk us through that.

KM: Everyone that works here has evolved over the years. We were freeride back when freeride was a thing. That was 99% of what we made at the time. We were all about freeride, dirt jump, and downhill. Trail riding has evolved, and people like me are older - I’m now in my mid-40s. Today, we might ride something that looks like a downhill trail, or we might go on a 50-mile pedal.

What has stayed the same all these years is that we make bikes that all of us want to ride. We don’t like to categorize our bikes. We say that we make trail bikes because they can do a lot of different things. We don’t use the terms “enduro” or “all mountain.” We simply make really capable trail bikes in all different configurations, geometries, build specs, and amounts of travel.

We do still make a dirt jump bike, our PBJ, and it’s still one of our more popular bikes, especially as a lot of companies have stopped making that kind of bike. There are so many dirt jump parks and pump tracks. Now we even make a kids’ bike, too.

The way it seems to work for us is that we introduce a model, then it propels the brand. Our growth is not a flat curve. It tends to be like stairs. We’ll have massive growth and then level off, etc. 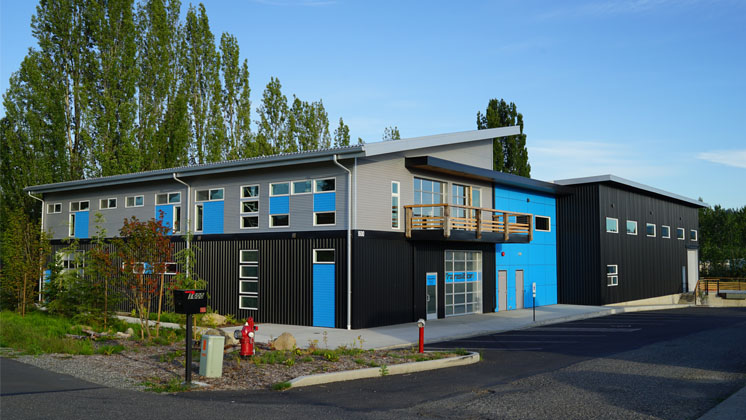 SNT: Wasn’t it the release of the Bottlerocket that created your first big growth wave?

KM: Yes, the Bottlerocket was our fourth-ever bike in 2004-2005, and it defined a new category in mountain biking at the time: a slopestyle freeride bike that you could ride on the trails. We sold so many that we couldn’t keep them in stock. That bike came from us wanting a playful bike with more travel that we could ride on more gnarly terrain. It had a super-sloped top tube with low standover. This was all in the pre-dropper post days. That bike propelled us to another level. It let us hire our first employee and have our first warehouse and shop. 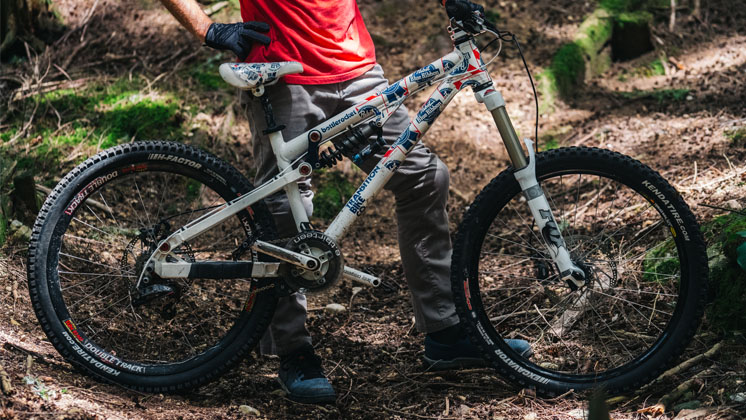 SNT: More recently, you seem to have hit it out of the park with the Spur. Tell us about it.

KM: The Spur is a super capable, lightweight trail bike that we released four months ago. It has 120mm of travel (front and rear). It’s aggressive and light, but still a great descender. It’s blown everyone’s mind. Most people here have one bike, but the Spur is making people say, “Now I need two bikes!”

I’d been wanting to make it for a long time, and we finally did it. This is a 25-pound bike! Most people don’t realize how much of a difference five pounds makes. The Spur almost feels like an e-bike because it’s easier up and easier down. We wanted a really lightweight, really efficient pedaler, and we wanted to make sure you could still have fun on the downhills. We didn’t want it to be twitchy and light and spindly and bouncing all over the place. We didn’t want you to be sketched out doing downhills.

We knew we had a hit when we had a bunch of the Spurs lined up for demos, but then we sold them all. The Spur got good reviews on Pinkbike and was one of Mike Levy’s favorite bikes. 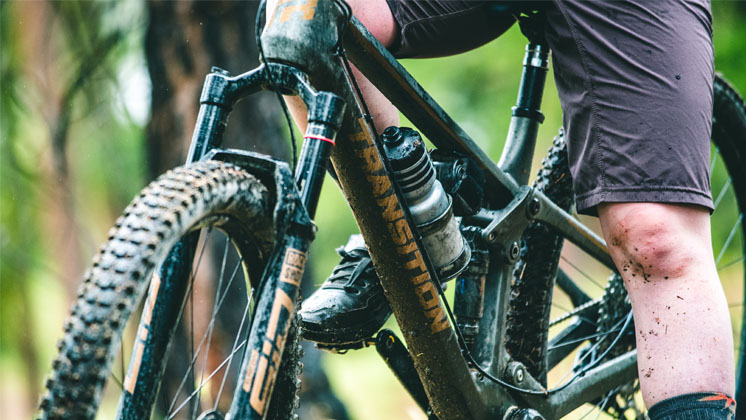 SNT: Some companies rally behind a particular material for their bikes. Do you make carbon, alloy or both types of bikes?

KM: We have traditionally had a mix of carbon and alloy. Currently, we don’t have a lot of alloy in the newer models, but we see value in both materials.

SNT: How long have you been putting Stan’s wheels on your bikes and why?

KM: It’s been at least the last five or six years. We’re a small company, so we spec stuff that is well-received in the MTB community and that no one will question. Stan’s has always had a good reputation for good wheelsets; no one will question it. Stan’s wheels are solid, and Stan’s is easy to work with from an OEM perspective with good service, lead times, and delivery. If a company’s not good to work with, we move on.

I know this sounds like a commercial, but ... we don’t drop the ball on customer service - it’s important to us. We aim to control the customer experience because while there are a lot of things that are out of control in a business, the one thing you can control is the customer experience once they contact you. Stan’s has done a good job with that and it helps us do that, too.

SNT: Where are your bikes made and assembled?

KM: Frames are manufactured in Vietnam. All assembly is in Taiwan.

SNT: Let’s wrap this up with a more fun question... we heard that when Evil - one of your competitors - also moved to Bellingham, you threw a housewarming party to welcome them. Is that true?

KM: We’re all friends around here, and all of us from the different bike companies ride together. There’s good camaraderie. I can’t remember exactly whether we “iced” them first or they “iced” us, but we ended up taking them a big present: some Smirnoff Ice. If you’ve ever iced someone or been iced, you’ll know that you basically have to chug it, which is just gross! After that, we all hung out and got a tour. 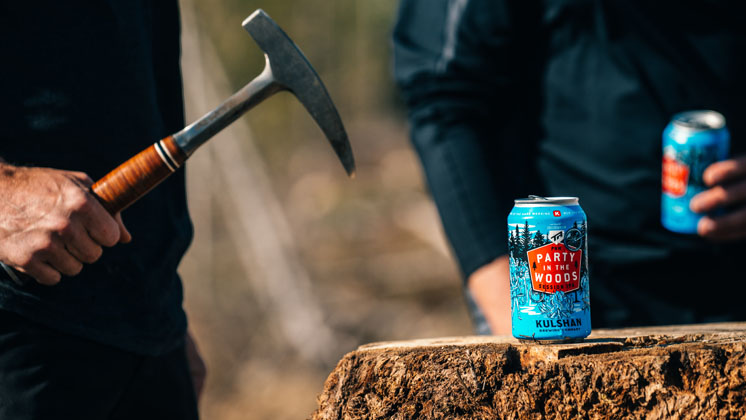 All photos courtesy of Transition.

Part 2 of our interview with Transition’s Kevin Menard is available here. 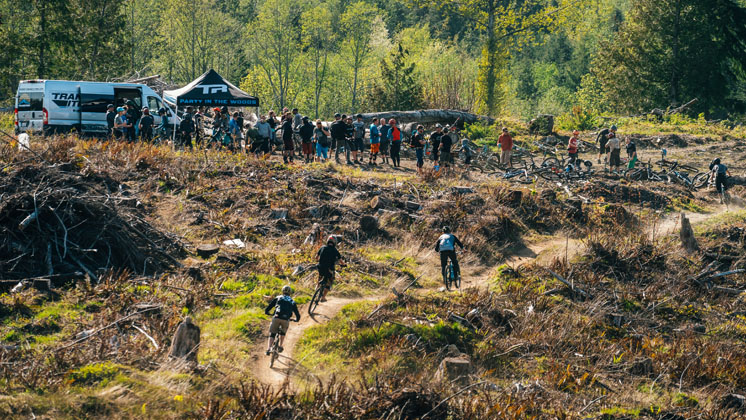