It’s no easy feat for any company, inside or outside the cycling industry, to go from relatively obscure startup to coveted brand, but Transition Bicycles has done just that over the course of its 15+ years. After talking to Co-Owner Kevin Menard about how the Bellingham, Washington-based mountain bike brand got its start and subsequently grew (Read Part 1 of our interview), we spoke to him about the company’s pioneering efforts in guerilla marketing, going consumer direct and other industry trends.

Stan’s NoTubes: Let’s start by getting a sense of Transition’s market. Where do you sell the most bikes and to whom?

KM: The U.S. market is our biggest. Canada and the U.K. are our top foreign markets. We’re strong in the EU. We have representation anywhere there is good mountain biking. Within the U.S., Washington is our top market, of course. After all, if you can’t own your backyard, there is something wrong.

We initially struggled on the East Coast, and we spent a lot of time there getting the word out. Last year, we bought two Sprinter vans and kept one on the East Coast, rotating out staff since everyone takes turns in our demo vans. It seemed like that part of the country was slower to adopt the smaller brands, but now that’s flip flopped. 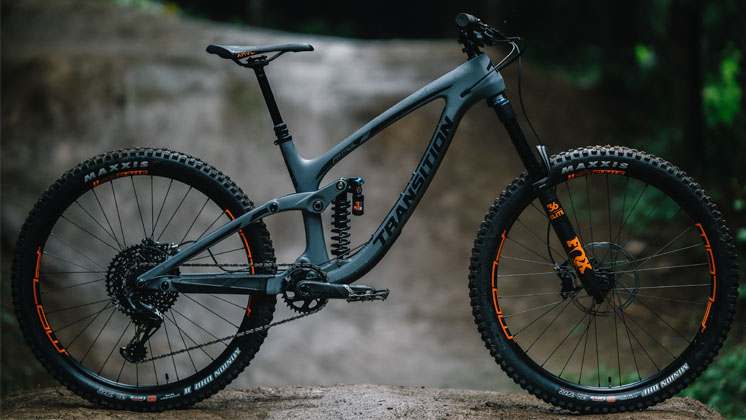 SNT: It seems to us like you were doing guerilla marketing before there was such a thing, and you generally do a great job with your content, which is all done in-house. Is that in fact your approach, and how do you pull it off?

KM: I did video production while in college, telling stories through videos. When it came time to have my own business, it was back in the day when there was internet, but magazines were still popular. Magazine ads were very expensive then, especially for a new small company. You always have to look at what an ad costs relative to a company’s bottom line. If you try to compete toe-to-toe with a large company, you can’t win.

We wanted to do something more original, so we started focusing on videos, which were just getting out there. That was our guerilla way. At the time, people were doing very serious videos, and people still kind of are. We were like: Look it’s mountain biking, we’re all just having fun. We thought the industry was taking itself too seriously, so we started just making fun of the industry. People liked our videos and they became synonymous with our brand. We took a lighthearted, tongue-in-cheek approach to marketing. We were going to be who we are. We don’t adapt the culture of others; instead, we focus on our internal culture rather than the culture of our sponsored rider. For us, it’s easy, and we think people want to connect with who you really are. 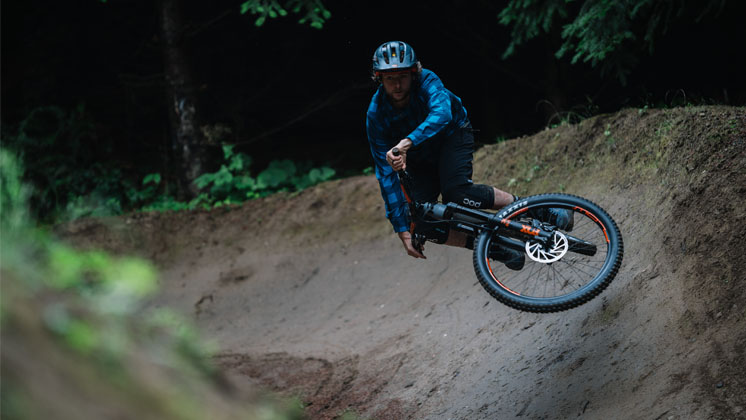 The reality is that if you’re going to buy a bike, you have a lot of choices. People like to buy from other people and companies that they like. So we have made that our focus. We don’t spend much on marketing, but we have an in-house videographer and photographer. We make content - it’s what we do. We create it, and we get it out. We don’t hire our content out, we don’t run big budget ads, and we don’t hire big budget athletes. 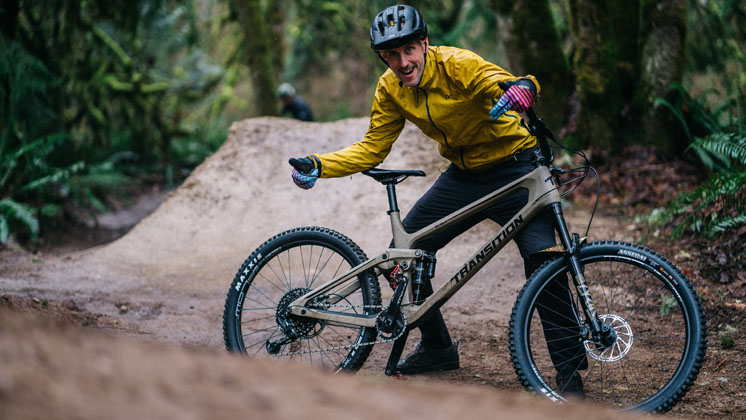 KM: I had a marketing mentor in the early days who told me there is always one leader in any given industry. He said that there is a top dog, and the other big companies follow. It’s like three or four big fish chase the really big fish. The best thing you can do is when those fish go right, you go left. You zig when they zag.

The internet has leveled the playing field. Now a small company can compete with the big companies. Anything can go viral. There is no formula. Compelling content wins every time, especially if your audience can latch onto it emotionally. 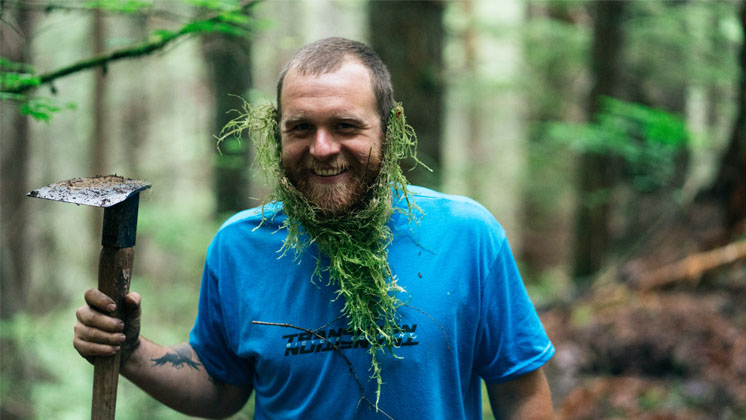 SNT: More bike industry companies are switching to consumer-direct sales, and you do some of that, but you also still maintain a dealer network. How do you balance those sometimes competing approaches?

KM: That’s a good question. We looked into direct-to-consumer because that’s the general trend. It’s the way consumerism is going. But there are many types of consumers. Some want personal, direct bike shop experience. Some know exactly what they want, and they want no barriers to getting it. If you’ve made the decision you want to buy a Transition, that’s an expensive proposition. We don’t want to put any roadblocks to getting one. We decided on the omnichannel approach as a way to serve the customer the best way we can.

If we sell a bike in one of our “protected areas”, our dealer still gets margin for that bike even if they never touch it. We ship the bike directly to the consumer, but we don’t do a lot of those because we have good dealers, so people go to them. When we rolled out our consumer-direct program, all of our dealers supported it. We didn’t have any backlash.

We also don’t allow online sales through anyone else. That allows us to control the environment. We don’t sell things for less than a dealer, so we don’t undercut them, and it keeps dealers from selling into other dealers’ territories.

We recognize that bike shops play a huge role in American cycling, and they are an important part of the community. It’s where people come to meet. They are the center of local trail building efforts. Whereas in Europe, it’s different, and that’s why Europe has a stronger consumer direct presence. Bike shops play a different role there. You have to know your customer and what they want. 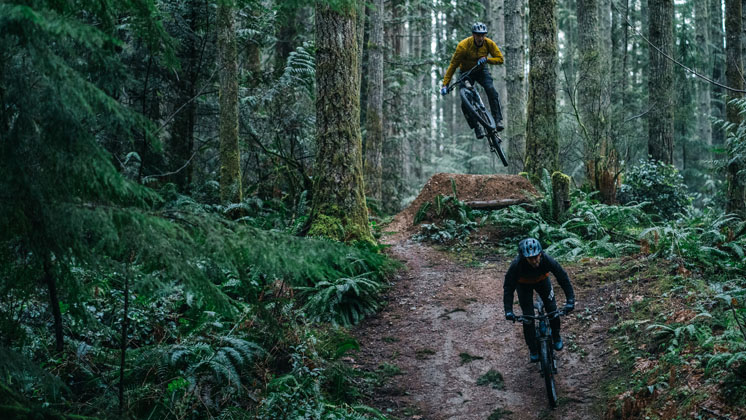 SNT: Aside from growing consumer-direct sales, what other industry trends are you seeing?

KM: The blowup of trails and trail centers is a cool trend. They are popping up in all sorts of places where you’d never think of them. It’s cool that towns and cities are seeing riding as a new revenue source and quality of life. I’m excited about the future of the sport as a whole. I think we’ll see more trail networks popping up.

Bike-wise, we’re so refined right now. Back when I started, we didn’t know anything about geometry. The sport was progressing and changing so fast. When I look at the early bikes we made, they weren't so great, but now everything is so nuanced and refined. It’s getting tougher and tougher to do something unique. Nowadays suspension and geometry are so good that you can make almost any suspension system good - you won’t see any differentiation there. Innovations will be in production -- like with how we make carbon frames.

Finally, most bikes now have a low standover clearance, so when you pick your size of a bike, you’re basically just picking it based on how long it is. 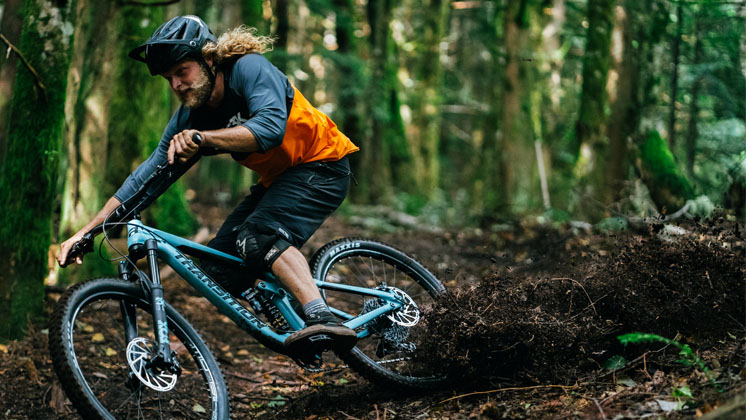 SNT: Speaking of trends, we have to ask... do you make an e-bike, and if not, are you planning to do so?

KM: No and no comment. We make bikes that we want to ride and that we’re stoked on. If we make a bike, it’s because we think it’s rad, and we want to ride it. We’re not trying to fill a market segment. If you see it on our website, we made it because we wanted it.

SNT: When it comes to trends, it’s impossible not to think about COVID-19 and its effects. How has the pandemic affected your business thus far, and what do you expect going forward?

KM: Oddly enough, business has been way up for us, and we’ve been very fortunate and had our best year so far. At first, I didn’t think that people were going to go out and buy $5,000 mountain bikes, but the opposite happened. Once people started staying home and not going out to eat or to bars, they took that opportunity to buy a new bike. And then there were the stimulus checks.

For a lot of people who didn’t lose their job, they wanted to get a new bike because mountain biking was one thing that they can do for their mental and physical health. A bunch of new people also got into mountain biking, too, for those same reasons.

It’ll be interesting to see what happens next year. We don’t think that the growth curve will continue at the same rate, so we’re playing it a little conservative for next year. I’ve never been a fan of growing for the sake of growing. But then, I thought it would be one way, and it was the opposite, so I could be wrong about what’s going to happen next year. 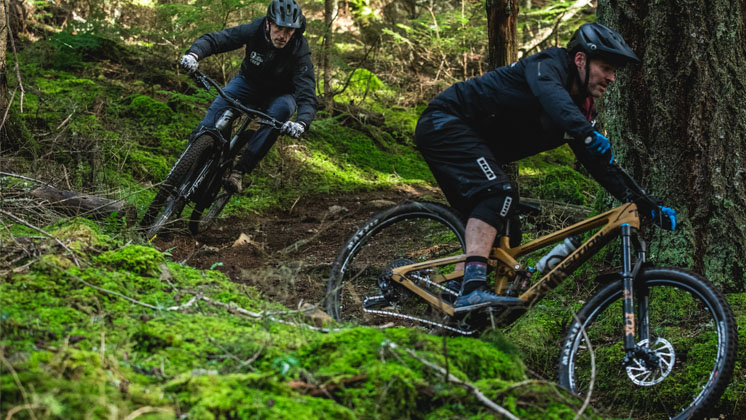 SNT: Many bike brands are out of bikes or low on inventory due to COVID-19 and the resulting bike boom. Do you still have bikes available?

KM: Our warehouse is pretty empty at the moment. You can still go on our site and order, but you have to hunt and peck to find bikes. There is a wait for a lot of bikes - like the Spur - since we made our forecasts before the pandemic. Our inventory has never been this close to low.

SNT: Pretend for the moment that we could get any Transition Bike right now, and we were trying to figure out which to buy. What’s your favorite Transition bike and why?

KM: Right now it’s the new Spur. I was trying to get the product team to make this bike five years ago. Back then, we made an alloy mule [prototype - ed.], but it was 33 pounds. It was quick and dirty and HEAVY. We made it, and no one got all that excited about it. The point was that it was light, and we couldn’t really evaluate the mule because it wasn’t actually light.

I don’t know how it resurfaced, but somebody moved it forward. I love it because I can ride 90% of the trails here on the Spur and feel like I’m not compromising when I’m following my friends down the trail. It’s such a great bike.

We even made fake battery stickers to put on top, and they show the indicator at full charge. It’s a reminder of how zippy it is and how fast it goes!

In case you missed it, read Part 1 of our Transition interview with Co-Owner Kevin Menard.

All photos courtesy of Transition. 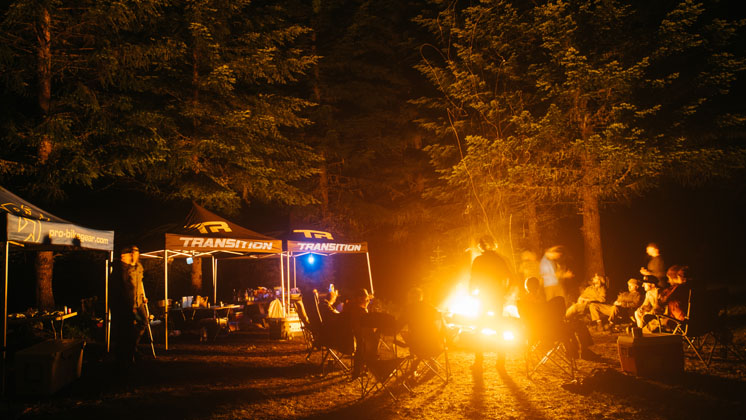