Jill Kintner Learns How to Build a Bicycle Wheel

They say the best never stop learning and expanding their skillset. Jill Kintner may be a World Champion, Olympic Medalist, 5-time Queen of Crankworx, and a 25-time USA National Champion, but she'd never taken on the daunting challenge of building her own wheel . . . until now. Like nearly all of our pros, Jill has all of her wheels built in the Stan's HQ in New York. During the long, strange year that was 2020, though, Jill was looking for a new garage challenge, and asked about trying a build herself. When an athlete like Jill set out to accomplish a task, we had no doubt that she'd get it done, but would we ride that wheel? Would she? Watch the video to find out.

Video and illustrations by Jill Kintner 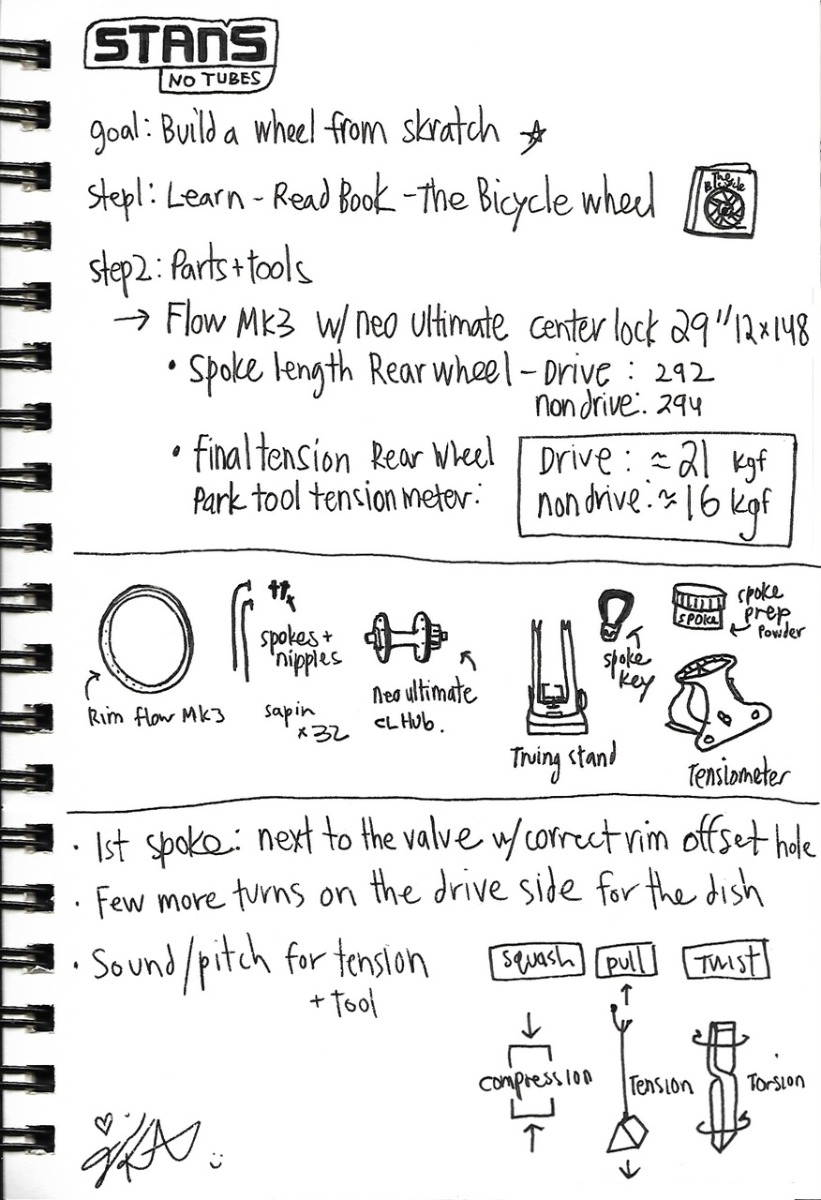 Stan's NoTubes: So after nearly 20 years as a professional athlete, what now prompted you to want to learn how to build your own wheel?

Jill Kintner: Covid :) It’s kinda funny, I ordered all 27.5 wheels this year, but ended up making the switch to 29er in the spring. The pandemic created such a shortage of inventory, that the quest to learn was sorta out of necessity. Parting out small wheels to make bigger wheels was a worthy challenge though, so I read a book (The Bicycle Wheel) and built my very first wheel on camera for you guys!!

SNT: What was your biggest hesitation about taking on a project like this?

JK: It seemed overwhelming I guess. There was a lot to learn, so I had to educate myself and then just sit down and do it.

SNT: Was the build easier or harder than you originally expected?

JK: In hindsight, it was much easier than I expected. Once you get the right keyhole spoke and figure out the lacing pattern it’s pretty straightforward. Most people can count to 4, so that simplifies it a bit. Getting the tension and dish correct for the offset of the rear wheel was probably the hardest part.

I was just kinda nervous each step to get it right as I had to ride this wheel and had literally never built one before:) Having the step by step guide and diagrams to reference made it all a lot easier. My first wheel took some time, but by the third one I had it down, and it was a lot of fun. Lacing them up is by far my favorite part, I like shooting the spokes down into the hub, the sound is nice. It is also really satisfying to ride a wheel I built all on my own, so I was pretty happy with the process.

SNT: What is the best piece of advice for someone looking to lace up their own wheel?

JK: Do some research, get the right parts, and practice. Having someone walk you through it could be the easiest way, but reading a book and building solo was pretty awesome!! old school:).

Wheel building is a peaceful activity, it did take time to figure it all out, but now I have a new skill and can look after all my equipment better knowing how equal tension affects overall strength and longevity. A wise wheel builder told me that it becomes an art form after a while, so something to aspire to.

SNT:Would you race on this wheel if the Queen of Crankworx crown was up for grabs?

JK: Hell yeah. I’m racing on it right now for the hometown hero crown, just kidding, but it feels like it. :) Hope everyone else is doing well at home and learning new things, xoxo. 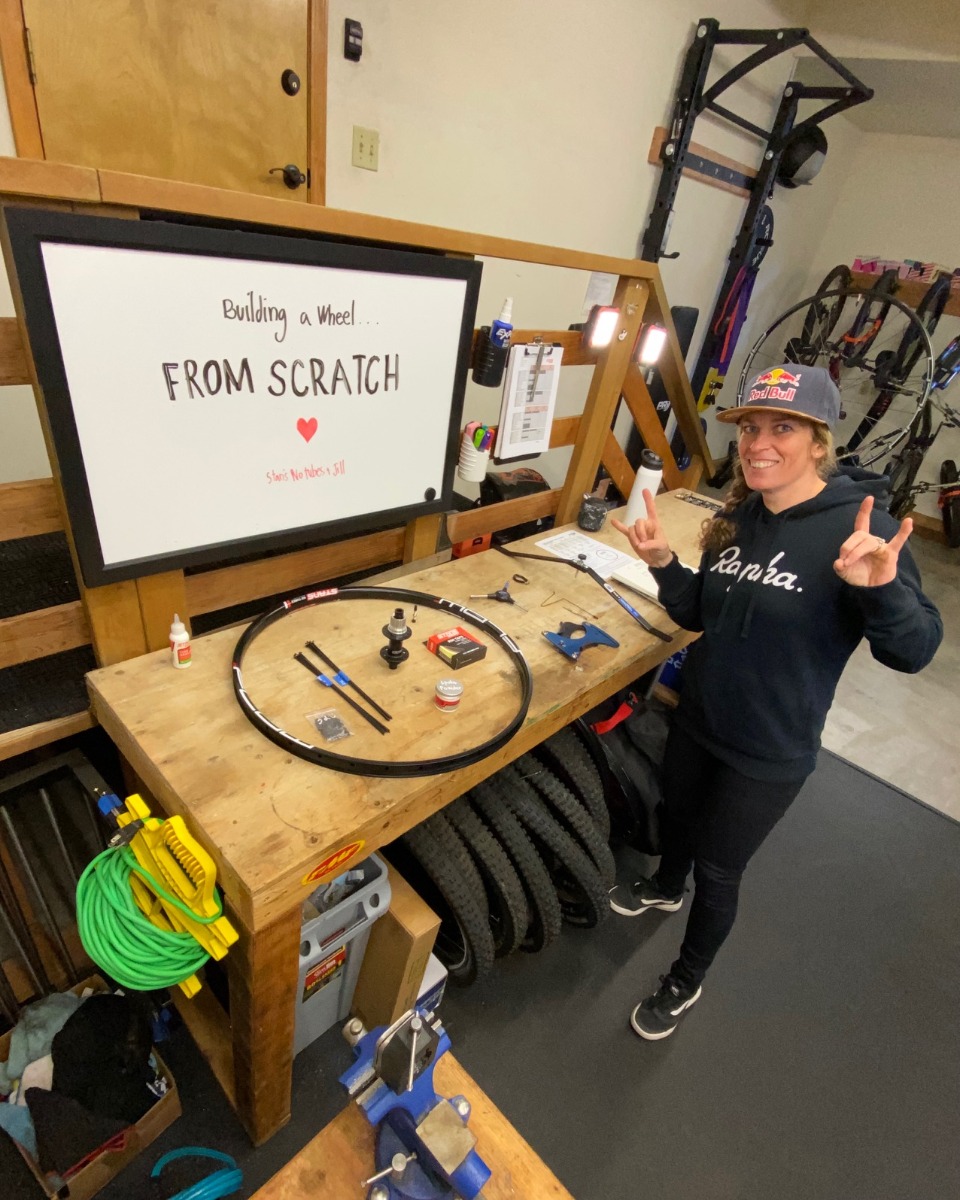