Behind the Scenes With Maxxis Factory Team Manager Drew Esherick

Behind the Scenes With Maxxis Factory Team Manager Drew Esherick

In recent years, you may have seen and even received tech support for your tires, wheels or sealant from Drew Esherick when he was working for Stan’s at events throughout the Eastern U.S. This year, you can still find him at lots of events, but now in a different role as the Owner, Manager, and Head Mechanic for the Maxxis Factory Racing Team, which supports four riders racing primarily all over North America. We caught up with Drew as he was driving across the U.S. between events to learn more about what he and his riders have been up to in the team’s inaugural season.

Stan’s NoTubes: Will you please tell us about the team and the kind of racing your riders do?

Drew Esherick: Yes, we’re a domestically focused off-road racing team, and we have four athletes focusing on a few different disciplines. Half of our riders are all about endurance. They race cross country and backcountry endurance races and gravel events, including the Epic Rides events, the Life Time Grand Prix series and North American rounds of the UCI World Cups. The other half races enduro in events like the Big Mountain Enduro (BME) in the U.S. and some Enduro World Series (EWS) events in North America.

SNT: Why did you decide to start a team?

DE: I wasn’t actively trying to go out and do that; it was an opportunity that was presented to me. Maxxis approached me to see if I had interest in running a team. They had already had discussions with a few other partners, and they handed the reins over to me. We pieced it together really quickly at the end of 2021 by signing some contracts to bring some partners on board. Next, we signed athletes. Then, BAM, team! 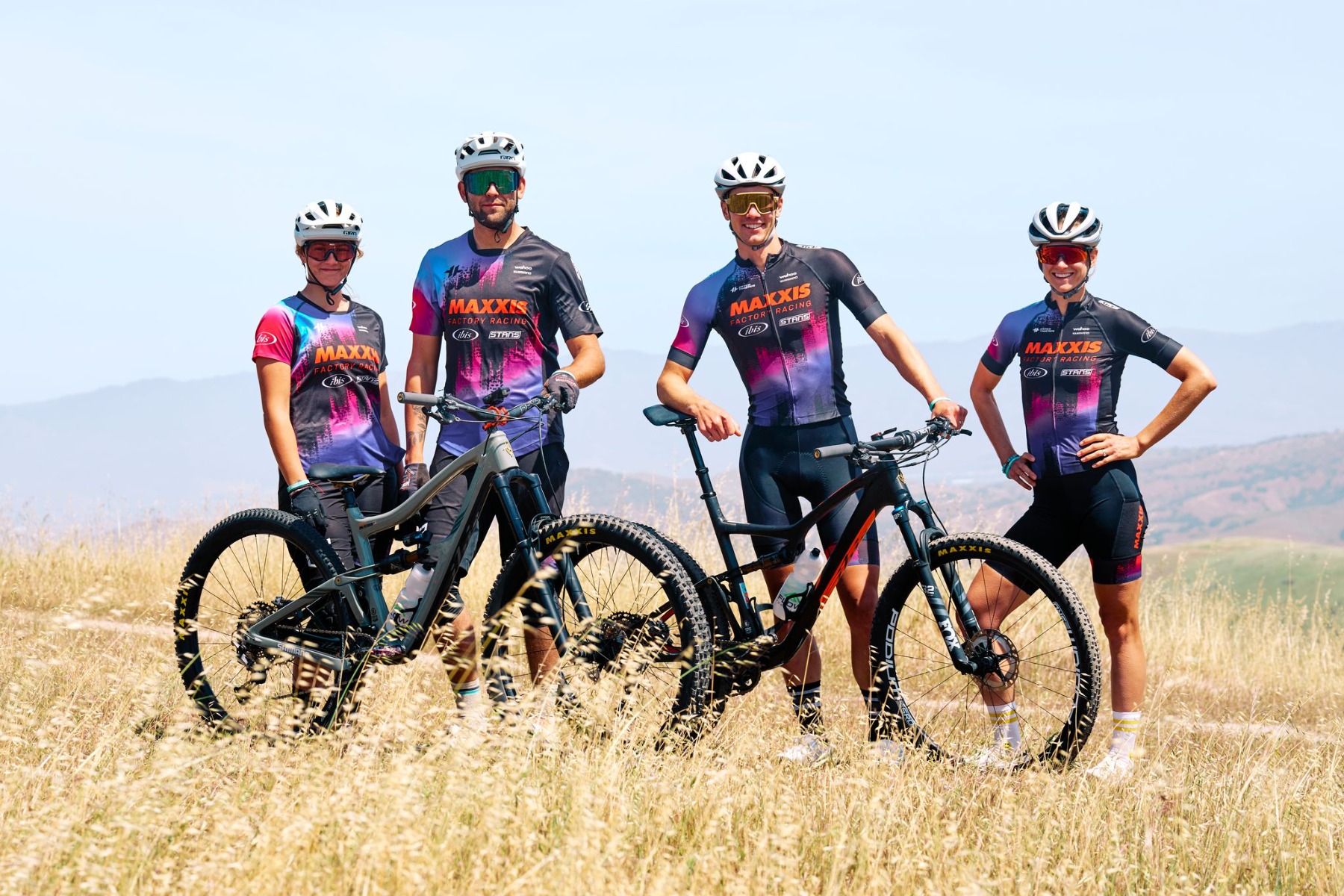 SNT: Who are the Maxxis Factory Team riders?

DE: Our endurance riders are 2020 Olympian Haley Smith and Andrew L’Esperance, both of Canada. Our enduro riders are young, up and coming Americans Colton Peterson and Sophie Allen.

SNT: How did you end up picking those riders?

DE: I talked to a lot of different athletes with different backgrounds and different focuses. Some I’d known before through different programs. It was all about finding the right fit for what we were looking to do as a team.

Andrew and Haley had been full-time World Cup racers for a long time. They were looking for a change, and our program could offer that -- a more domestic focus. They still get to do some cross country races and some World Cups, but they also get to focus on the Epic Rides Off-Road series and the Life Time series, which are new experiences for them.

Same thing, but slightly different on the enduro side. We have younger, more developing enduro athletes. We want to help them improve upon previous results and get to the next level.

SNT: How has the season been going so far? Any highlights?

DE: We started racing early in the year. Haley, Andrew, and I went to Puerto Rico in March. There were three early season UCI races (category C1s and C2s) there. It was amazing weather. We got to go to the beach while it was snowing at home in Pennsylvania. Since then, we’ve done all sorts of different races from Sea Otter onward and including four rounds of the Life Time Grand Prix series.

Obviously Haley winning Crusher in the Tushar in early July was a big accomplishment. It’s a big race at altitude with tons of climbing. She’s had a few tough years recently and was struggling with some confidence issues. She was also sixth at the Unbound 200-miler this spring in her first foray into gravel and third at the Leadville MTB 100.

Andrew has been a model of consistency no matter what race we put him in, whether it's a cross country race or a backcountry race. He’s always in the lead group and in contention for a podium. He’s always competing with the top athletes.

Colton is the same way. He’s been competing for podium spots and wins all year. It was great to have him take the win at the Revolution Enduro in Keystone. He was also fourth at the Big Sky BME in Ironton, Missouri and second in the Durango Purgatory BME. His season-long build has been working.

Sophie’s been consistently in the top 10 in BME events. It’s her first year in the pro field after being in the under 21 field. It’s been a learning experience for her to jump up to the higher level of competition. 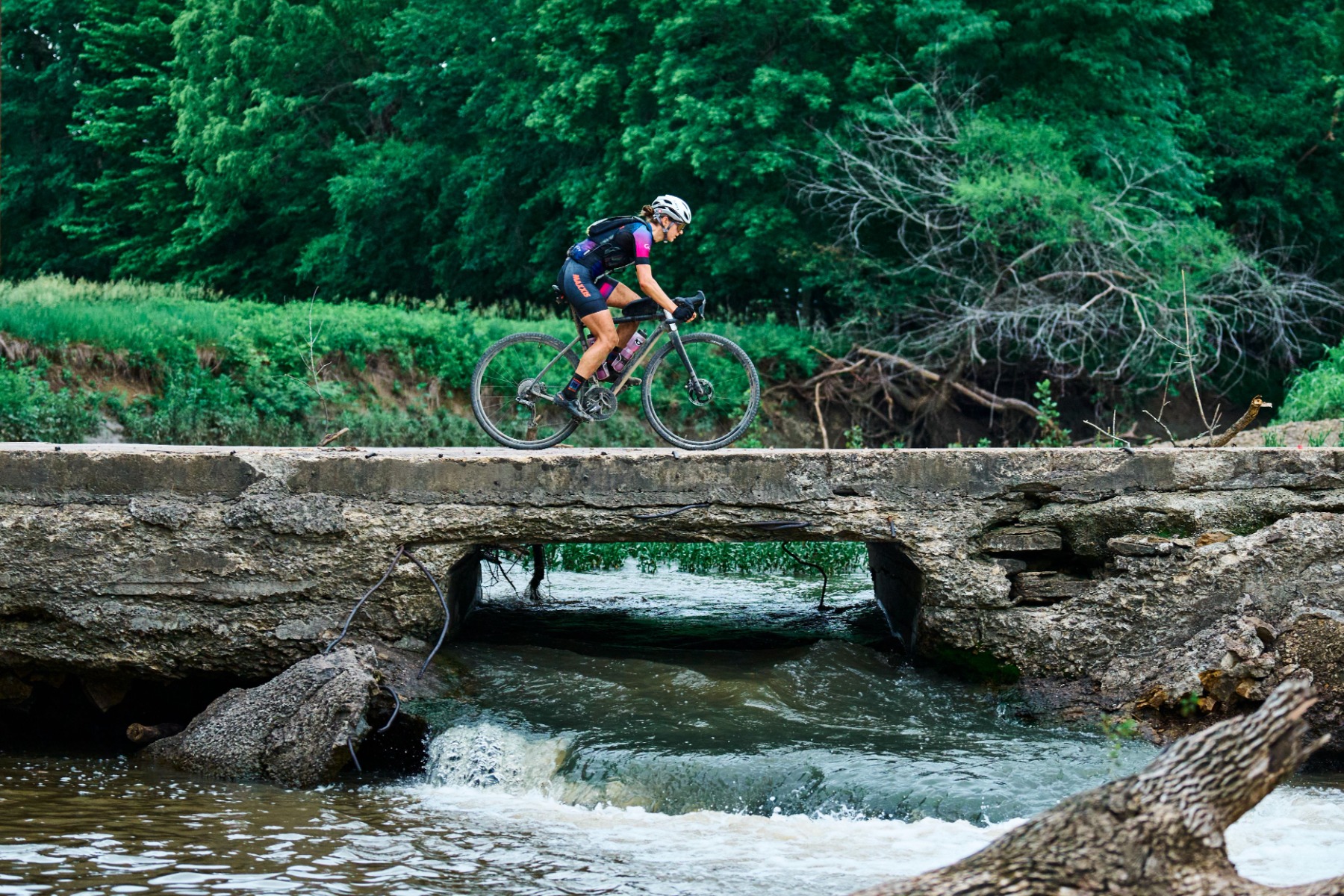 SNT: It’s been the first year for the Life Time Grand Prix series. What’s it been for your athletes and for you as a team manager to participate in the series?

DE: It’s been great. Life Time is doing a good job with the series and the events. So far, it’s not so different from participating in any other series, but the stakes are a little higher. There is a big prize purse. Those six events are the focus of our season, and they take a lot of preparation and focus. They are all long events that require quite a bit of planning.

The hardest thing has been the training. We mix in shorter cross country events and some World Cup events. We put in a big base build and pepper in different training loads throughout the year, depending on whether the riders are looking for intensity or long hauls.

SNT: What’s been your favorite part of running a team?

DE: Working with the athletes has always been my favorite part of all of the jobs I’ve had. To be so integral in having them be successful is really rewarding. I work with them day to day. I make sure they have everything they need to be successful. It’s about hiring the right athletes, having the right equipment, picking the right events, and having it all come together.

SNT: What kind of challenges have you faced in starting and running a team?

DE: It’s a lot of moving parts and pieces to manage. I make sure that not only is everything booked, but that there’s also money in the bank account to book the hotels, flights, etc. It is stressful.

We do everything we can to represent our partners in the best way. We give them assets to create value for them. We want to be a valuable partner. It’s not a one-way street where we only get things from them. Staying on top of that plus day-to-day operations is always a challenge.

SNT: You used to work for us here at Stan’s as our National Events Manager. How has that helped you in your current role?

DE: I did a lot of different things during my 6.5 years at Stan’s. I planned for all the events and traveled to many myself. I also did a lot of the tech videos that are on Stan’s YouTube channel.

Everything I did at Stan’s helped prepare me for what I do now. For example, I spent a lot of time traveling, so I’m used to doing that. I also worked with a lot of Stan’s athlete teams at events over the years. Having had the events management role during the past several years really prepared me for running the Maxxis Factory Team as I do now. It requires a lot of logistical planning experience to keep track of all the moving parts and pieces. 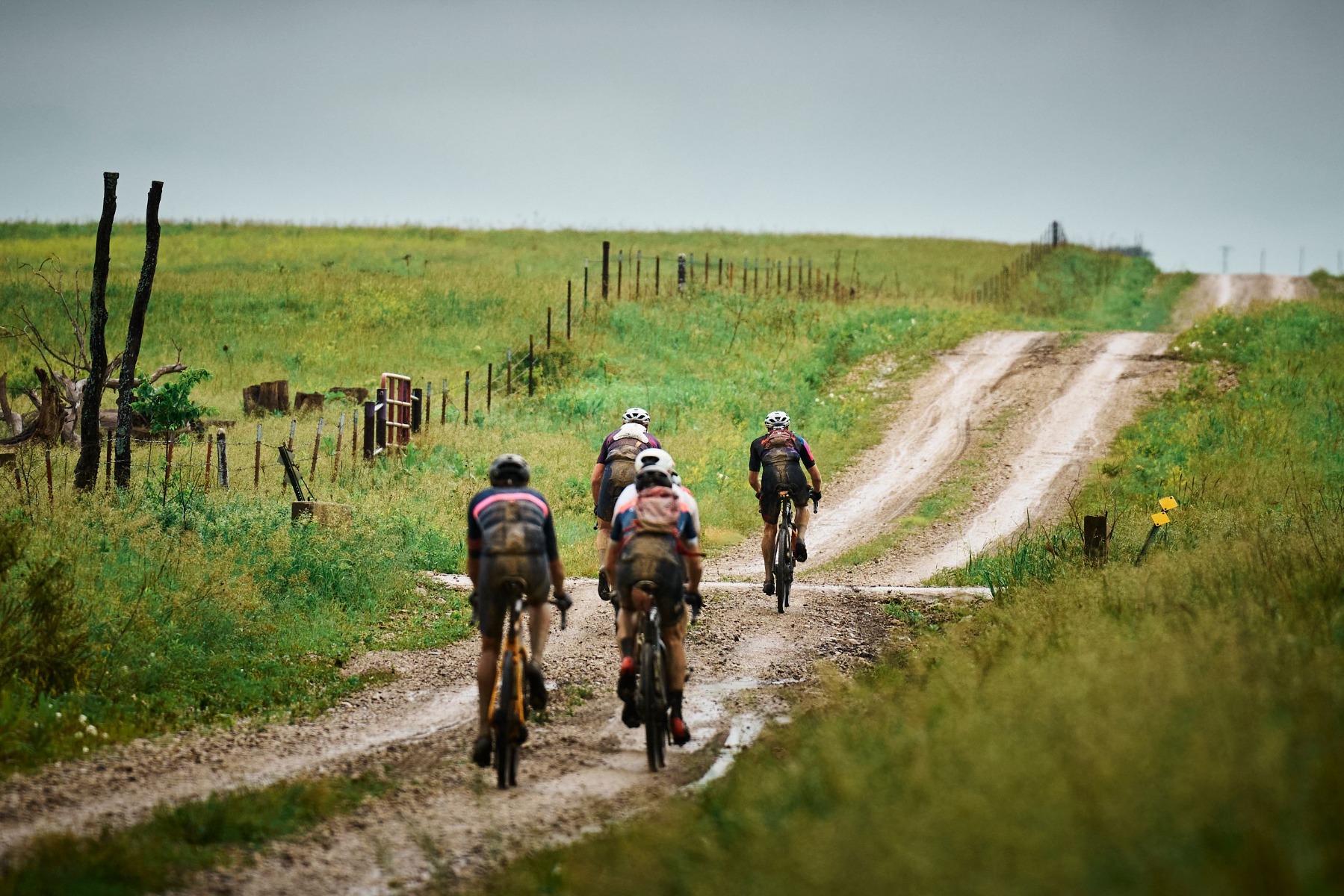 SNT: Given your and the team’s ties to Stan’s, we’re curious... which Stan’s wheels are you currently riding?

DE: On our cross country race bikes, we have Podium SRDs with shiny new M-Pulse hubs. The gravel bikes all got the Grail CB7s, and the enduro riders are on Flow EX3 wheels. Of course, we have a variety of other aluminum wheels for our training bikes.

SNT: Starting and running a team definitely aren’t easy. Do you have any advice to someone else who is wanting to start a team?

DE: Align yourself with the right people. I spent a lot of time in the industry before jumping into this. I have a lot of great relationships with people. You never want to burn any bridges or make any enemies. Take, for example, Stan’s, who is a big sponsor of the team. You have to be able to lean on the relationships you’ve built over the years to make a team happen.

SNT: You used to work neutral service for Shimano and have also worked for athletes and teams going to Europe to race cyclocross, so we have to ask... will anyone on the Maxxis Factory Racing team be racing ‘cross this fall?

DE: The team will not be participating in any ‘cross unless someone wants to do it recreationally. I might do a little contract ‘cross related work here and there. 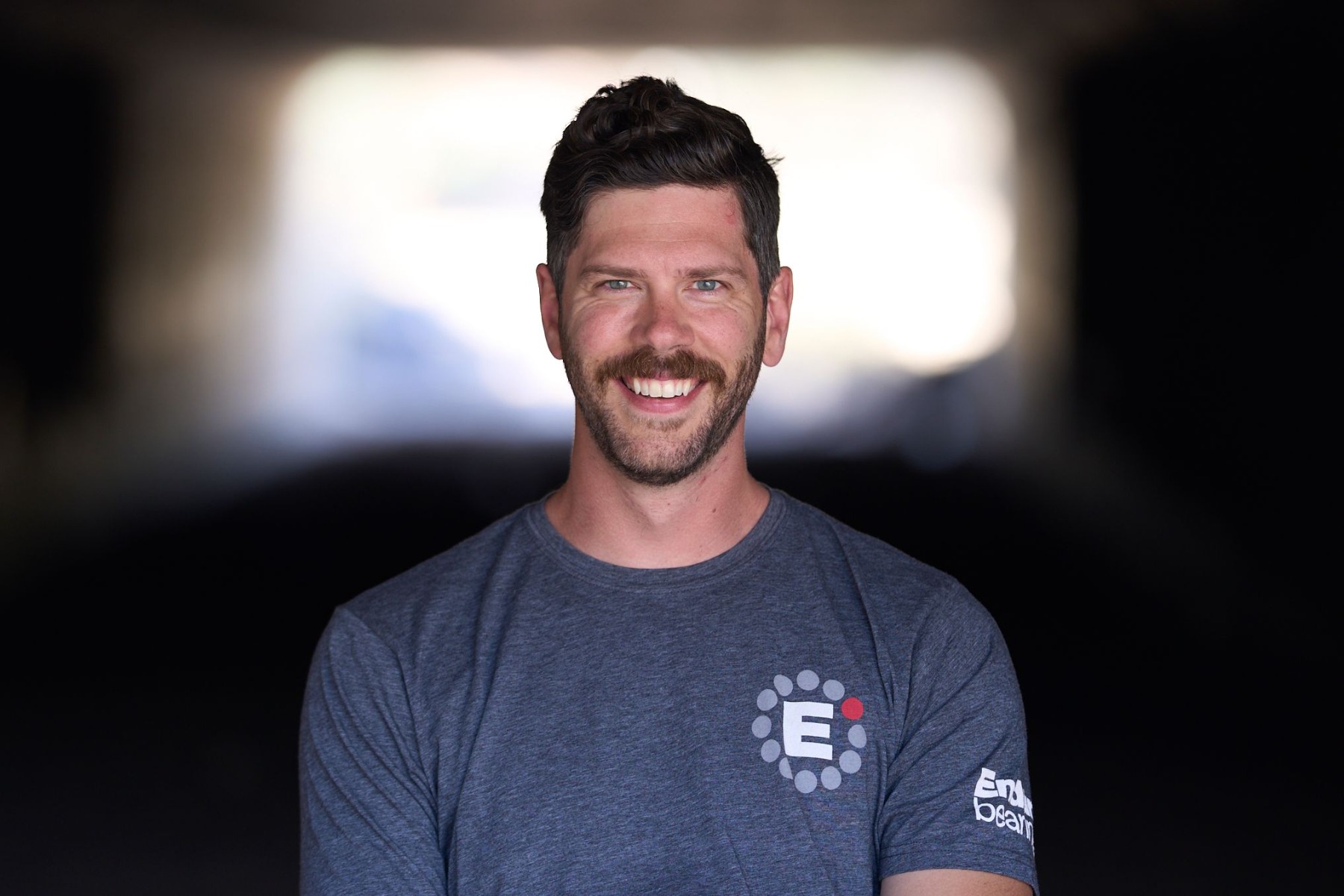 SNT: It’s been great to catch up, and we appreciate you filling us in on what you and the team have been up to. Anything you want to add?

DE: I’m excited for the rest of the year. I’m thankful for all the partners we have, and I’m looking forward to future years. We want to keep the team rolling for many years.

Posted in: Our Riders