When Lars Büngen entered his first downhill race at age 10 in 2015, he was on summer vacation with his family in Whistler, British Columbia. By chance, he was there during the junior edition of Phat Wednesday that occurs each month, so he signed up. A 10th place finish among 40 locals encouraged him to try more racing. Five years later and now competing as a junior privateer, the 15-year-old still loves Whistler, and he can’t wait to get a chance to test himself on the junior downhill World Cup and the Enduro World Series circuits. We caught up with the young Büngen to learn more about his accomplishments and aspirations on and off the bike.

Stan’s NoTubes: We heard that you are the “unofficial” Swiss National Champion. What does that mean?

Lars Büngen: This year, I competed in the Under 17 Swiss Championships because I live in Hausen am Albis, which is about half an hour outside of Zurich, Switzerland. I finished first, but I was born in Germany, so I still have a German passport. Technically the first Swiss rider wins, so I’m not really the National Champion.

SNT: Could you have raced in the German National Championship?

LB: Yes, in fact, I competed in the German Championships for the first time and got sixth. If I had won that race, it would have been a title. After living in Switzerland for the past 10 years, I am getting a Swiss passport in the next few months, so from then on, I will be Swiss and only race in the Swiss Championships.

SNT: Despite being under 17, you were invited to join the downhill national team training camps for elite riders. The Swiss produce some pretty amazing mountain bike athletes. What’s it like to be part of that program?

LB: The thing is that while Nino Schurter and other cross country riders get a lot of support, and there are quite a lot of pro teams, there is almost no support in downhill for riders my age. The Swiss prefer road, track, and cross country racing, but maybe this will change with Camille Balanche's gold-medal winning performance this year at the Downhill World Championships?

Support from the Swiss Federation doesn't start until the Under 19 category. There is no Swiss youth national program for downhill and enduro, and there is no enduro championship national title for any age.

SNT: That said and considering that you live in Switzerland, how did you get into downhill and enduro riding and racing?

LB: I did cross country at first - for five years. Then I stopped because I don’t like mass starts. I also competed in biathlon for five years and even won the Swiss Cup twice. It got to the point where I had to make a decision about my training. I couldn’t do biathlon and bike racing because of the timing of the training for both. So I stopped doing biathlon and chose downhill mountain biking. That was in 2018 after my third place finish at the iXS Rookies World Championships.

SNT: Which is your favorite kind of mountain bike racing now?

LB: Today, I’d say downhill racing. But for me, it’s always a toss up between downhill and enduro. I change my mind every month. I love the longer downhill tracks like Garbanzo in Whistler. I’m more confident when a race is longer than normal.

SNT: You mentioned that there is no real national team support for young riders. How have you gotten to where you are now?

SNT: Junior riders have to figure out how to balance school and racing. How do you manage that?

LB: I’m currently in my third year of an art and sports school in Zurich which covers my seventh, eighth and ninth years of school. After this year, I will go to online high school. It will give me a degree that allows me to go to college. It’s an interesting format. Every semester, I will decide how much to go to school online vs. in person since it’s only 40 minutes away. 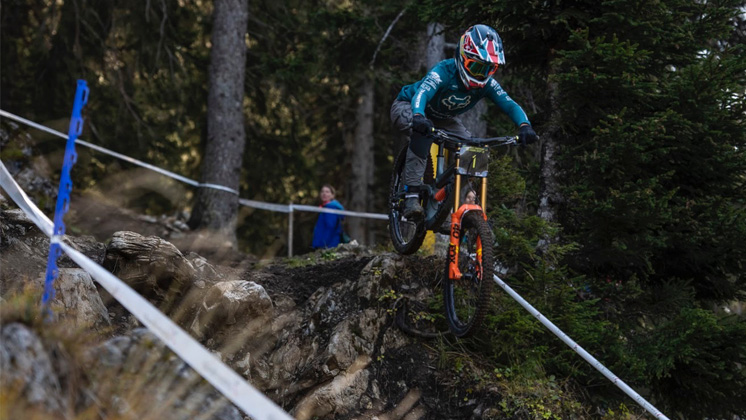 SNT: Many racers had their 2020 seasons affected by COVID-19. How did the virus impact your racing and training?

LB: Training-wise, I wouldn’t say that it affected me because I could still train like there was no corona. But half of the races I would have done in a normal season did not happen. Once racing did start, it was a very packed season. I did seven races total. Two were the German and Swiss National Championships. I also did two French cups, one regional French race, one Swiss Cup and the Maxiavalanche.

SNT: You live within sight of the (presumably) snow-covered Alps. How do you train through Swiss winters?

LB: Downhill riding in Switzerland is limited in the winter. We have to drive two hours in the winter for a proper track. Fortunately, we are only five hours to the Mediterranean, and downhill tracks are open there all year. Maybe I’ll be able to go to school online from there and keep training this winter?

SNT: Are there any athletes whom you look up to, and if so, who?

LB: There are two. Both race the Crankworx series: Kyle Strait, who also rides for Stan’s, and Mitch Ropelato. I like Kyle as a person, and I like his riding style. I also like how Mitch does all kinds of mountain biking - pumptrack, speed and style, downhill, etc., and he’s good at everything! 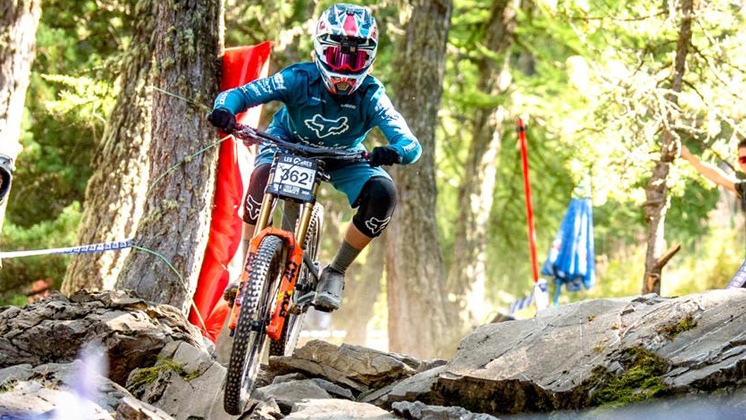 LB: Next year, I want to ride as a junior privateer in downhill and enduro, specifically some EWS qualifiers, iXS European Cups, Crankworx Innsbruck and mostly like Crankworx Whistler. I’m aiming to get into the Junior World Cup Downhill and EWS in 2022.

Racing in the iXS European Cups is great because they are often held the week before the World Cups on the very same tracks. 2021 will be my second year in the U17 category, and I hope to get a top five overall finish. I’d really like to medal again in the unofficial iXS Rookies World Championships. I got a bronze there in 2017, and next year is my last chance. It’s such a cool event. Last time, there were more than 300 starters from 24 nations, so it really was like an unofficial Worlds.

I’m looking forward to doing the Enduro2 in Davos, Switzerland next year, too. It’s a three-day enduro that you have to race with a teammate, and it’s 20 stages long! Many enduro races don’t have Under 17 classes, so I’m just going to try to collect qualifier points to be able to compete as a junior next year when I’m Under 19.

Long term, I want to be among sponsored riders who get help with travel costs and who can make a living doing events like the Crankworx series and riding at a high level in the downhill World Cup.

SNT: When you are not riding a bike, what else do you like to do?

LB: I spend a lot of time with my friends when I’m not training. I don’t really have any other sports interests, and I don’t train with friends, but sometimes I go just ride around for fun with them or go to a pump track with them. I work on my bikes, and I enjoy riding motorbikes and working on them, too. 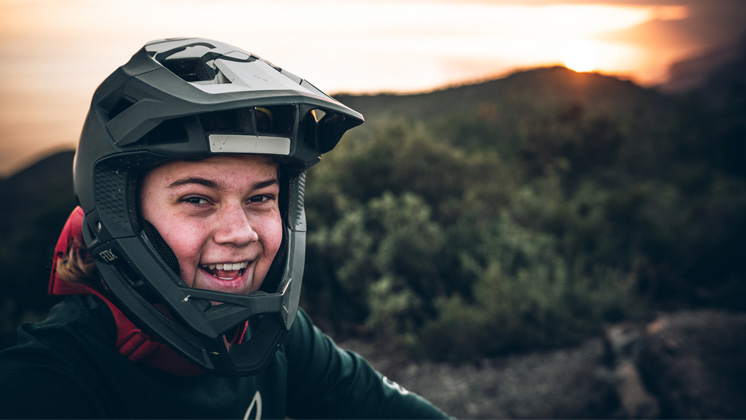