Behind every Stan’s product are engineers doing innovative design, extensive development, and rigorous testing. So we’re pleased to announce that Stan’s talented engineering team just got even better with the addition of new hire Mackenzie King. Read on for an interview with Mackenzie, who moved from Philadelphia to join Stan’s in the role of Mechanical Engineer in our State College, Pennsylvania office just last month.

Stan’s NoTubes: What do you do during a typical day?

Mackenzie King: So far, I’ve been familiarizing myself with Stan’s product line and getting up to speed on the current projects.

SNT: As you come up to speed, what do you look forward to in your new role?

MK: This is my first engineering job, so there is a lot of learning to be done. That’s what I’m most excited for. It’s a bit of a transition, but it’ll be nice to get my feet under me.

SNT: What do you like best about working for Stan’s so far?

MK: Everyone here is actually into bikes. From my experience, a lot of big bike companies have engineers who don’t ride and consequently lack that connection that makes every project a passion project, so it’s great to work in an environment where that's not the case. I feel the product you get is guaranteed to be of higher quality coming from those who will use it as well.

SNT: Tell us about your previous work experiences in the bike industry.

MK: I’ve worked in shops since I was 14, mainly at my dad’s shop in Philly. He had the opportunity to buy into Cadence Cycling shortly after we had moved from Australia to the U.S., which gave me an easy in to the world of bikes. I started working there just as something to do over the summer, and he needed the cheap labor, but it quickly turned into a full-time job that carried through college.

I also worked in a shop on the Gold Coast in Australia during a gap year and in a shop in Boulder, Colorado during the first summer of COVID. Cycling has taken me a lot of places.

SNT: What about your work experience outside the bike industry?

MK: Well, since this is my first engineering job, all my relevant engineering experience has come from school. I finished up at Temple University in December 2021 where I majored in Mechanical Engineering. My classes and the concepts learned were never centered around bikes, but I tried to relate the two every chance I got.

SNT: We’re guessing since you work for Stan’s that you like to ride a bike. What kind of riding do you like to do?

MK: Yeah, I got into riding through mountain biking. I always knew of Stan’s through that. I’ve become more of a roadie and now do a fair bit of road riding. Next summer, I’ll do a fair amount of gravel riding and racing. I find gravel “races” to be the best way to enjoy riding these days. You can make it what you want, and there's no real pressure to perform outside of your own goals. My goals typically center around trying to take as many handups as possible so it's typically a good time. The bike is also a good excuse to travel. For example, I’m going to Finland Gravel in June.

SNT: Have you done much racing to date?

MK: Yes, I grew up mountain bike racing since I was 14 or 15. I got in one year of racing with NICA when I was a senior in high school -- the first year they did the NICA Pennsylvania League. A summer or two after that, I did the Leadville 100, went sub-nine hours and decided that was enough mountain bike racing for me. I’ve done mountain bike, cyclocross, gravel, and road racing -- pretty much everything besides track. 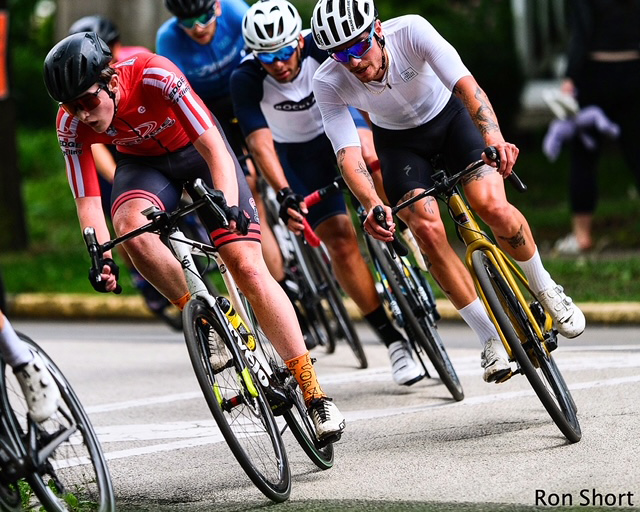 SNT: When did you first hear of Stan’s?

MK: Forever ago! My first upgrade to my first “real” bike was going tubeless with Stan’s. I guess that was back in 2013, and I’ve always used Stan’s sealant ever since.

SNT: What is your favorite Stan’s product and why?

MK: I had some Stan’s Grail wheels on my Stigmata for two years. They were great. I used them primarily as road wheels, but I had the ability to put beefier tires on them. They were super stiff and responsive. Previously, I’d just had some non-Stan’s Aluminium 650B wheels on. To put those carbon Grails on was so nice!

SNT: What are your favorite places to ride and why?

MK: Boulder and San Francisco are pretty great Stateside. The accessibility and variety from your doorstep are pretty unmatched.

I rate Rome highly as well. I studied abroad there and was initially hesitant about going over there because I thought I might be disappointed being based in a European city not known for its cycling, but I was pleasantly surprised about the quality of riding in and around the city. Being in Europe gave me a nice base to check out Oudenaarde and Girona, too, both of which would fit in my top three somewhere. 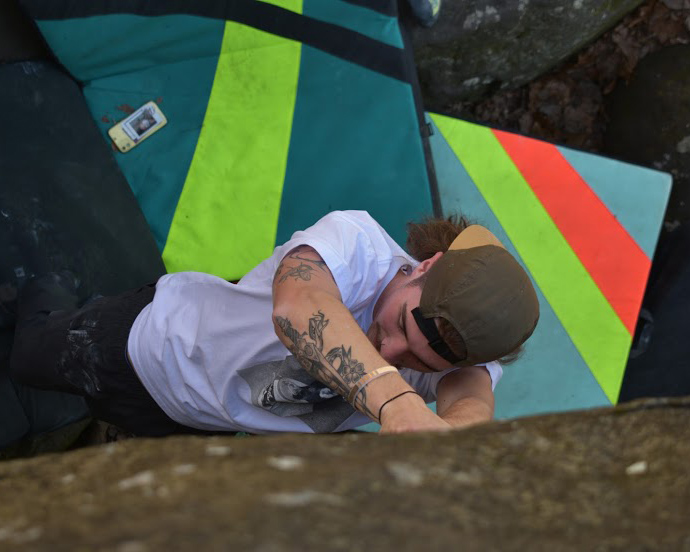 MK: Over the summer, I Everested to fundraise for the National Network of Abortion Funds. I used my Instagram to promote it and raised over $10,000. I did it on just 10 days’ notice after the Supreme Court issued their decision overturning Roe v. Wade.

MK: I Everested once before in 2020 to raise money for the American Civil Liberties Union (ACLU) of Pennsylvania. It was during the first summer of the pandemic when everyone was doing it, and I said at that point that I’d never do it again!

SNT: So when you’re not working or riding, what do you like to do in your free time?

MK: I rock climb and do a bit of bouldering. My previous job was bartending, so I still love hanging around a bar, and I enjoy my beer. I’ve worked at both Victory Brewing Company and Tired Hands Brewing Company.