Andrea Repele was among the first Italians to get into riding mountain bikes. Always willing to experiment, he was an early adopter of suspension forks, full suspension bikes and 29ers. In the 1990s, he ran a popular mountain bike team, and he taught many kids to ride mountain bikes, with some of them eventually finding their way into the pro ranks. But it wasn’t until 2015 that Repele figured out a way to combine his passion for cycling with his other passion: his CNC machining company, which he founded in 1995. 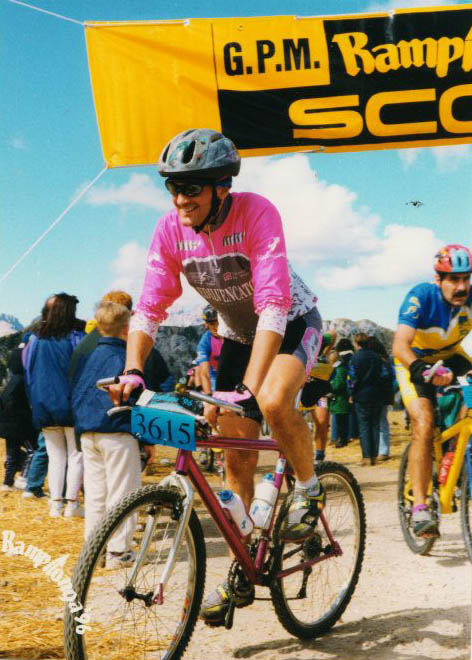 “Uncle Andrea didn’t get into making bike components for Damil until six years ago,” said his nephew Francesco Ceolato, who now serves as General Manager of Damil Components, a subsidiary of its parent company Damil Torneria. “It all started with hub manufacturing.” 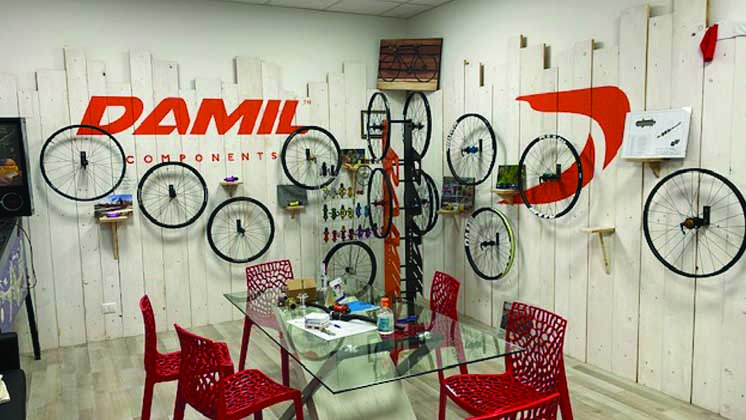 “We are known for our CNC machined hubs, which we make in Italy. Our production happens in Valdagno, and our office is Vicenza,” said Ceolato. “We sell standalone hubs and complete wheelsets that we assemble by hand in-house.” 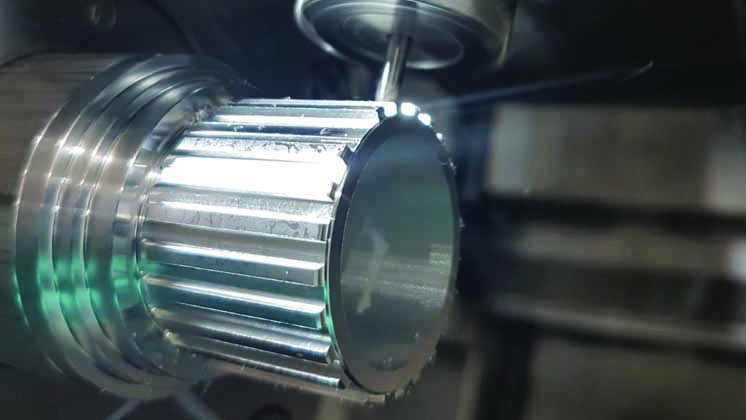 Two years ago, Damil Components was looking for a partner that could help them by providing a range of aluminum rims. That’s when Damil got connected with Stan’s.

“Because our focus is on quality, we started building wheels with our hubs and Stan’s rims and tape. We had been struggling to find the product we wanted, but then we figured out that Stan’s was the right choice for us. Mixing the two brands is a good combination, especially for mountain bikes, and now we’re expanding on the gravel side, too.”

Today, Flow EX3 and Arch MK3 comprise most of the wheels that Damil Components sells. Nearly all of the company’s customers are mountain bikers in Italy, but they are seeing growth on the road side, too.

“We do sell some of our wheels in England, Spain, Slovenia and Poland, and we hope to sell more outside of Italy in the future.” 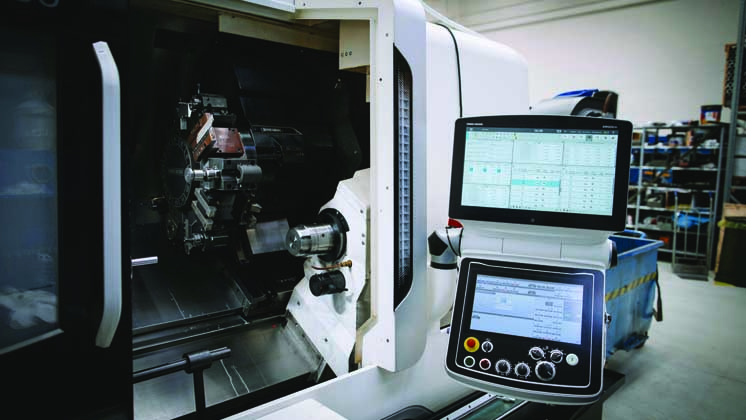 Before making its own hubs, Damil Components manufactured hubs for other companies like GIPIEMME, an historic Italian brand. They also made bottom brackets. Today, as Damil continues to expand, they’re branching out into thru axles and other small components that they can produce with their CNC machines. To date, Damil’s wheels have been available through its network of dealers.

Besides making and selling its own brand of components, Damil also sells complete bikes provided by MEGAMO.

“Our commercial and distributing businesses have been growing, and we are trying to combine both,” said Ceolato. “Our contacts at Stan’s were happy with how we were doing, and we all had the same idea about how our partnership could grow. We thought we could not only use Stan’s rims and tape in our wheels, but also distribute sealant, DARTs and other Stan’s products.”

After careful development of the product list and pricing, Damil Components was set up as an official Stan’s distributor in Italy earlier this year.

“As a Stan’s distributor, we sell to dealers, and we’ll soon have dedicated e-commerce,” said Ceolato. ”That means that consumers can buy Stan’s products directly or go get them at a local shop. 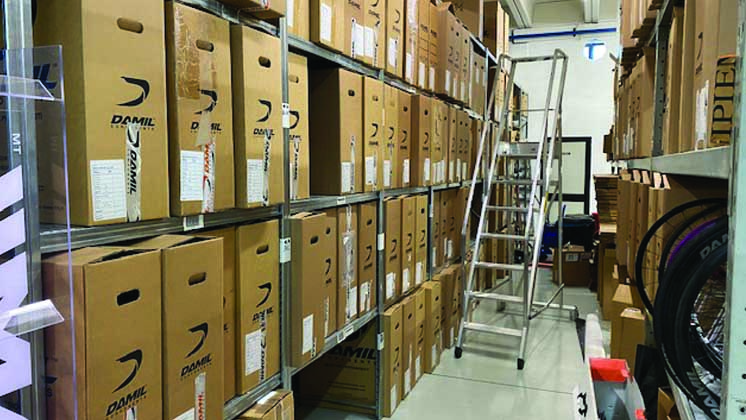 Surviving and Thriving with COVID-19

As Europe initially faced COVID-19, and Italy went into strict lockdown in the spring of 2020, production in China had already stopped. While Damil Components was forced to stop working for a full month and a half, afterward they were able to sell enough to cover everything that they had lost during the lockdown.

“At first during the pandemic, business was really tough, then the bike industry market exploded,” said Ceolato. “Ever since, bike brands have been struggling to keep up. It’s been a really weird year.”

The Italian government did help out by encouraging people who wanted to buy a bike or an e-bike. It offered an incentivized purchasing program to citizens as a way to encourage outdoor sports.

“During lockdown, all you could do were outside sports like jogging, riding bicycles and hiking. A lot of people started to think about getting bikes for the first time or getting a new bike,” said Ceolato. “Fortunately, here in Italy, the market is still healthy although the industry itself has not been growing. But while we Italians have lots of problems, we always come up with creative solutions, and we’re not going to give up.”

Damil Components has always taken the approach of keeping lots of stock on hand so they can ship their products fast and deliver them in a small amount of time. Having so much stock in inventory was a real asset when the stoppage in production was affecting many other companies. “We were always ready when dealers couldn’t find stock elsewhere and called us. I could say things like, ‘You’ll have your wheels in three days!’ rather than in one month.” 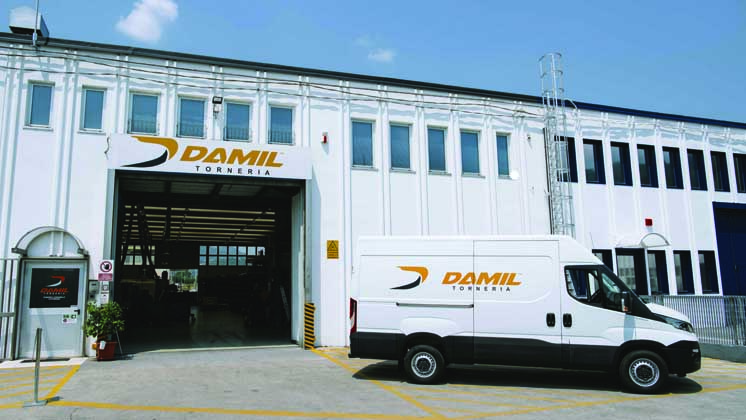 Going Tubeless and Other Bike Trends in Italy

Tubeless may have gotten a slower start in Italy relative to the U.S. and some other parts of the world, but it’s now well established among Italian mountain bikers. Road riders, on the other hand, have lagged behind in tubeless adoption.

“It’s funny with mountain bikers because once they have a few tubes punctured and hear about tubeless, they want it immediately, whether they are first-time e-bike riders or experienced riders,” said Ceolato. “Maybe 90% of mountain bikers have it whereas the road riders don’t just believe you. They want to see numbers - and more studies - to confirm the advantages of tubeless.”

Another big trend in Italy, like the rest of Europe and the world, has been the adoption of e-bikes and gravel bikes. But Italian cyclists don’t seem to be interested in settling for one do-it-all bike.

“Not only are more people buying bikes; it’s more common for people to have more bikes. I remember years ago that if you were a road cyclist, you felt like you’d always just be a road cyclist, you’d have one or two road bikes, and that was it. Now I see people with road bikes that also have a gravel bike, an enduro bike and an e-bike. They have four to five bikes.”

For Damil Components, the burgeoning market is a big opportunity to grow and expand their offerings. Ceolato said, “It just means we need to offer a wider range of products.” And with Stan’s, they are doing just that.

All photos courtesy of Damil Components.