BEHIND THE SCENES WITH ROSE GRANT: RIDING AMONG THE BEARS AND MOUNTAIN LIONS

Training as a pro mountain biker in Montana is a little different than in other places. After all, in most other places you don’t have to worry about possible encounters with grizzly bears and mountain lions. We caught up with reigning, five-time U.S. Marathon Mountain Bike National Champion Rose Grant, 36, of the Stan’s-Pivot Team to talk more about how she copes with such threats while training near her home in Columbia Falls, Montana, not too far from Glacier National Park. 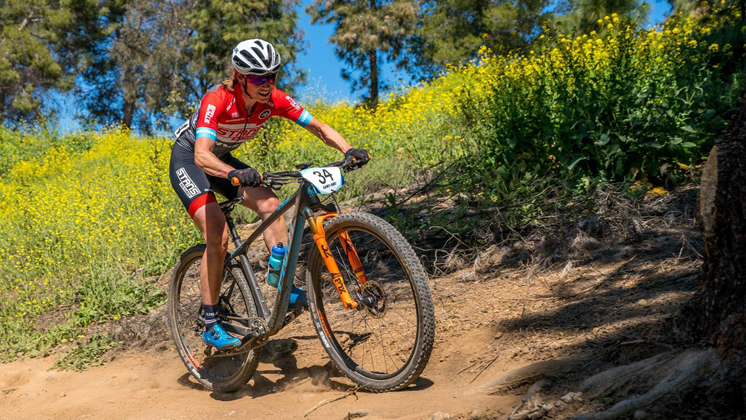 Stan’s NoTubes: How much do you really worry about grizzly bears when you’re out there training in the woods?

Rose Grant: Bears are legitimately dangerous, and I’m always very aware of that when I’m riding. It’s a matter of not surprising them. Encountering them is a risk I knowingly take. The threat is real. Sadly, my husband’s friend, who was a Forest Service Law Enforcement Officer, collided with a grizzly while off duty and mountain biking. He surprised the grizzly, who responded defensively and killed him. When others went back out to look for that bear, they tried to figure out whether that bear would become still more of a problem going forward, but fortunately there have been no further issues with that bear in that area. 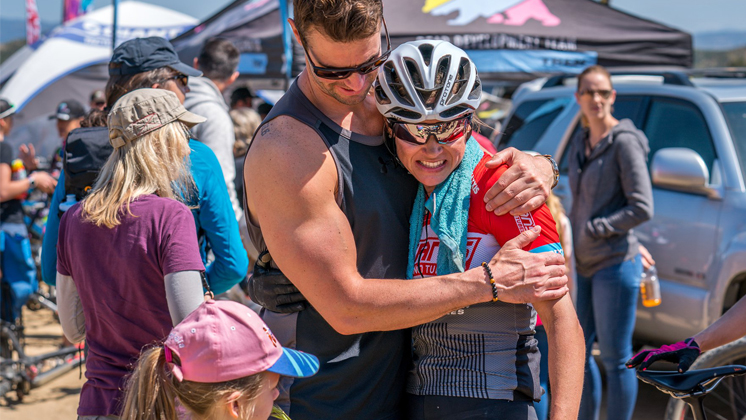 SNT: Given that, do you train alone?

RG: Yes. The reality is that I have to go when it’s convenient for me. 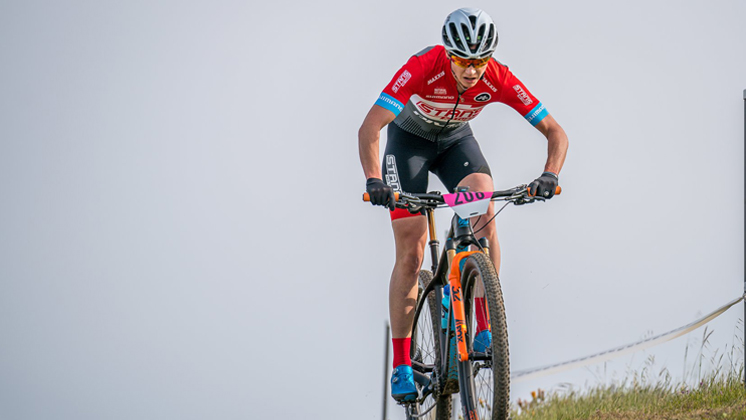 SNT: How often do you see bears and other potentially dangerous wildlife while out training?

RG: I don’t see grizzlies often, but I know they’re out there. I think I saw my first one a few weeks ago. Fortunately, it saw me first and went scurrying off before I got a closer look. At the time, I was in a highly populated area where another friend was attacked while hunting last November. I see black bears more often - a few times per season. They are less of a concern, but it can be an issue if you also see the cubs, especially if you accidentally get between the cubs and mama. So far, I’ve also seen two mountain lions and some moose - both also potentially dangerous. I even saw a black wolf although it would not generally be dangerous.

SNT: What do you do to protect yourself?

RG: I always - no matter what - ride with bear spray that’s readily at hand. They make these cool little mock water bottles that fit into your bike cage with the bear spray, and I’ll often carry it that way, but sometimes I just take it in a back pocket of my jersey. I also always have a .38 revolver with me that my husband got me. He’s a law enforcement officer, so it’s pretty normal for him to carry a sidearm. I take it with me in case of a grizzly, black bear or mountain lion encounter. The revolver is hammerless, so it won’t get caught on my backpack or my pockets. It’s also got a long trigger pull, so it’s really safe. It’s got five rounds with pretty deadly bullets in there. 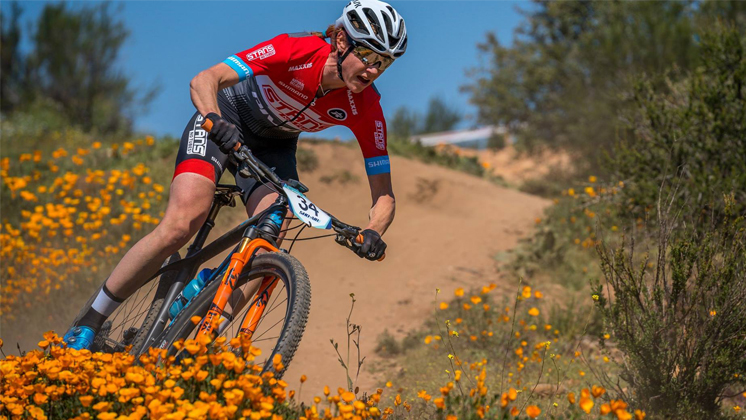 SNT: Have you ever had to use either of these?

RG: Fortunately, so far, I haven’t had to use my bear spray or my revolver, though I did once have to pull out my bear spray during a bear encounter while backpacking with my parents. We spooked a bear in a huckleberry patch and accidentally got between mom and her babies. It all worked out ok, but she stood on her back legs and stared at us for awhile. Just like I would prepare for a race, I’ve run through the different scenarios of what I would do if I encountered a bear or mountain lion while riding, what tools I have and how I would use them. For a bear, I’d try the bear spray first, but for a mountain lion, I would immediately use the sidearm. It’s nice to feel prepared - just in case.  The idea is that by envisioning possible scenarios in advance, I’ll know what to do if necessary, and I can respond in a way that might save my life. I’d like to think that my instincts would kick in if I did have an encounter, but you never know. I hope I’d be a warrior and not a wimp so that I could react like I’d need to. 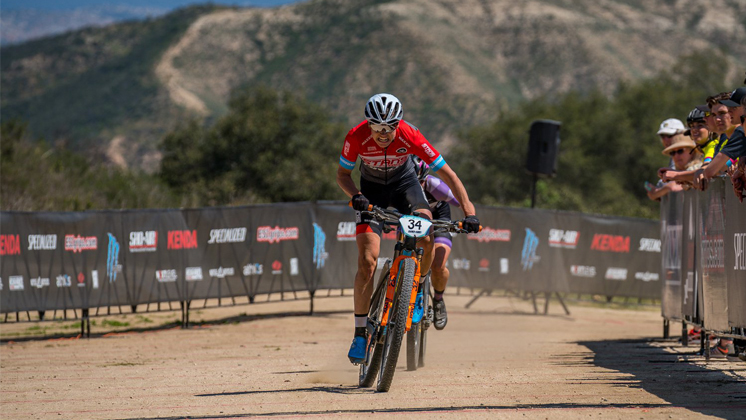 SNT: Anything else that you do to be safe out there solo in remote areas among the wildlife or that you think could be done?

RG: When I ride, I send text messages when I have coverage at key service points along the way so my husband and others know where I’m at and how I’m progressing relative to my plan. A lot of locals think we should have a grizzly hunting season, even if relatively short or highly controlled, because the theory is that it would make the bears a little more scared of people. Following her recent victories at U.S. Marathon Nationals and the Carson City Off-Road, Grant will head next to Colorado to race the U.S. Mountain Bike National Championships in Winter Park, then the Leadville 100. She’s also considering an East Coast Trip to race the Mountain Bike World Championships in Mont-Sainte-Anne, Quebec, Canada (if she is selected for the U.S. Team) and/or a trip to compete in the Mountain Bike World Cup finale in Snowshoe, West Virginia - both are rare opportunities to participate in such high caliber races on North American soil. 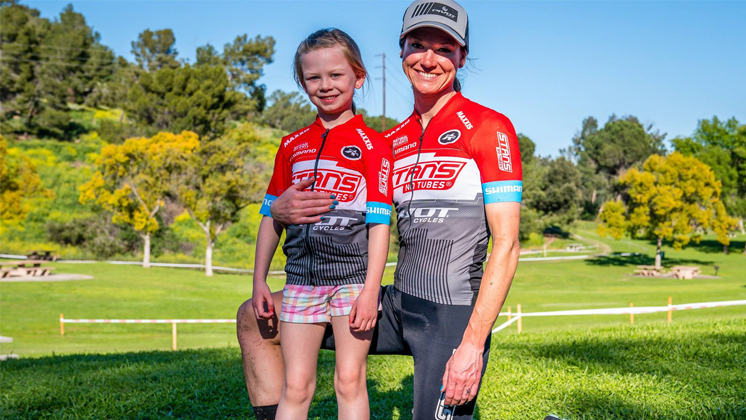