Brett Beard is the latest addition to the team at Stan's NoTubes and just six months ago completed his first century. Fast forward to January 25th and Brett made the lead group, filled with big-name pros, for the majority of the SugarCane200, a 200 150 mile race in Florida (the actual distance ended up being a long story.) While Brett is no stranger to two wheels, having grown up on motorcycles and more recently spending a lot of time on larger travel enduro bikes, ultra-endurance racing was completely foreign to him. Brett answered a few questions for us about his headfirst dive into the gravel racing scene and what he has planned for the rest of the summer. 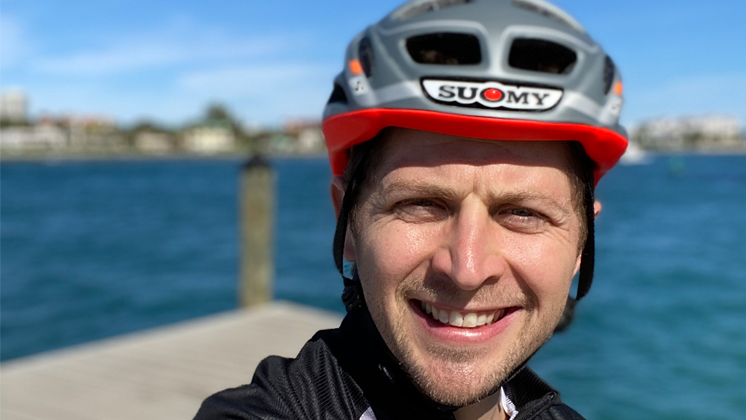 Stan's NoTubes: Can you summarize the Sugarcane 200 in one word?

SNT: So you're new to gravel, but have a history with two wheels. What does your background in cycling look like?

Long Answer: As early as I can recall, I've had a strong love for bicycles and moto's. I did a lot of what I would classify as dabbling on bicycles as a neighborhood kid -- jumping silly ramps and racing everyone I could for an ice pop or fireball candy trophy. This continued into middle school and then high school when most of my riding friends were ditching their bicycles for other, more attractive things at the time. My attraction was still pedal bikes. I never really put formal structure to my riding though, it was just having fun on two wheels with some friends. The first 2 years of high school, riding BMX was pretty much a daily occurrence: after the bell rang I was either riding street or dirt jumps with my buds. BMX bikes transitioned to 26 inch front suspension dirt jump bikes where I was either exploring campus ride spots or digging and riding dirt jump lines. While I was in college, I caught the motocross bug and ditched the pedal bikes (mostly) for moto. It turns out I missed pedaling so when I graduated from college I bought myself a new mountain bike and my moto collection continued to grow as well. A few years into working full time jobs I made a new friend who introduced me to triathlons. This was the most structural training I ever did; swimming, road cycling and the dreaded running. I did a few triathlons one summer before accepting that I would never be good at running and I gave a borrowed road bike back to my brother (thanks bro). Fast forward about a year and I was realizing how much I missed training when I was preparing for my triathlons; specifically early mornings outside waking up with the sun. I bought a road bike. Soon after though, life got busy (kids and jobs) and I took a couple years away from bikes and pretty much sold everything. From time to time, I would get the feeling that something was missing from my life -- it was bikes. Thankfully, I had a friend reach out to me and ask if I would join their team for the 2014 Chomolungma Challenge! I did -- and it was one of the best things I've ever done. Training for and racing the Chomo got me back into pedal bikes; Enduro bikes and racing to be specific. I really enjoy the format of Enduro racing and ripping downhill, what I don't enjoy is hitting the ground. I feel the Gravel scene has a similar feel to Enduro events where you can meet new people/riders and have conversations when things aren't so serious. I also think I'll hit the ground a bit less Gravel racing. 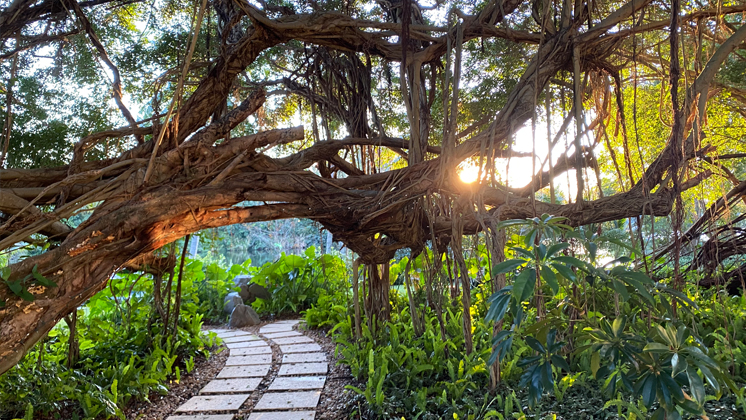 SNT: What caused this significant lifestyle change and commitment to riding?

BB: I can't say it was any one thing in particular, rather a compilation of several things. I always love a good challenge and that could be my biggest driver moving to long endurance style races. I have to admit though: I was honestly cursing out a friend who told me about Dirty Kanza a mere 2 years ago: that sort of riding just didn't sound fun to me at the time. With a big event like the DK200, you can't just wing it in my opinion -- you have to prepare. I've never been good at endurance riding, I never put in the time to train that way. Historically I've been good for about an hour or so of pedal smashing and could push it to 90 minutes if I knew there were some good brews back at the vehicle haha. Even with enduro racing, it was extremely noticeable how weak I would become after stage 2, let alone stage 3,4 or even 5! Right now, I'm really enjoying the preparation it takes to hopefully finish 100-200 mile events with a decent time. 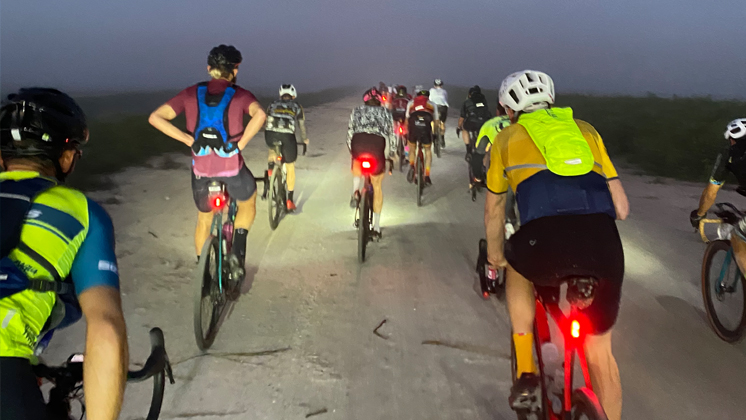 SNT: The word around the office is that you spend a lot of time on Zwift. How big a role does it play in your training?

BB: Yes, I do spend significant time on Zwift -- hate on haters haha! Training indoors enables me to keep a decent balance in life; I can train at pretty much any hour of the day, no matter the weather. I'm an early riser and if I can have a couple hours of safe, focused training in before the wife and kids wake up, that's a win-win. Yes, I would rather be riding outdoors in 70+ degree weather for most of my training rides but I live in central PA and most mornings are not that. 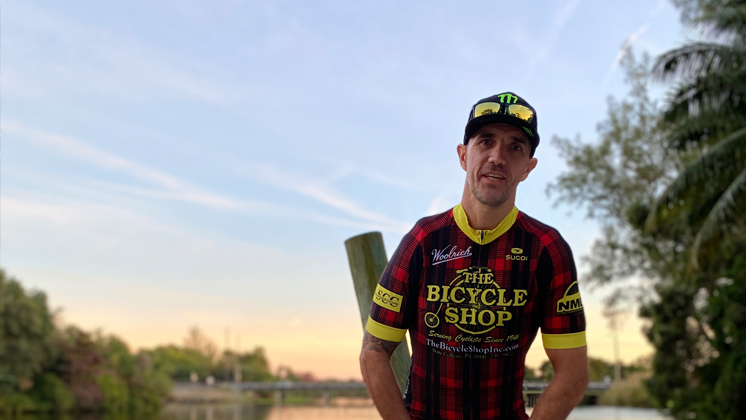 SNT: How did your first ultra-endurance race play out? Similar to what you expected?

BB: Pretty good I'd say. I tried not to have many expectations and just use my first long race as a learning experience, I'd say I accomplished that. 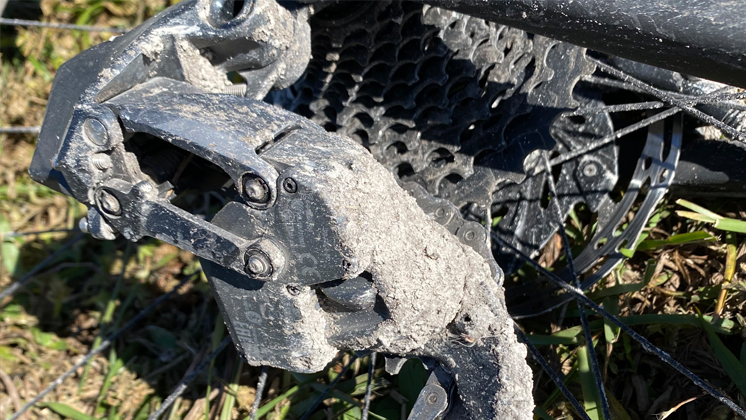 SNT: You got into Dirty Kanza, the event that started your interest in gravel racing, does that add any pressure to the other events you'll be targeting as we get closer to May?

BB: You know, I wouldn't say it adds pressure but it's a big driver to do other events -- I'm going into The Mid South and BWR races with the mentality that they are stepping stones for me. Stepping stones not just for DK, but for my future in cycling as well. 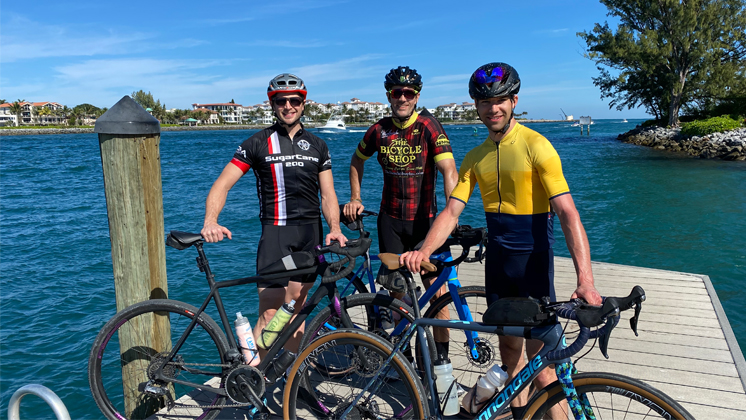 Stay tuned for Part 2 of Brett's series after he heads to Oklahoma for The Mid South.

Take a look a look at this great recap video of the SugarCane200 by Spectrum Innovations.