After years of racing for major brands like Commencal, GT and Trek, gravity racing superstars and siblings Dan, Gee and Rachel Atherton announced earlier this year that they'd be riding and racing for their very own  bike brand, Atherton Bikes, in 2019. Fast forward a few months, and we caught up with Dan Atherton while at the Sea Otter Classic to find out how it's been going with the Athertons' all-new brand and what to expect moving forward.

Stan’s NoTubes: What's the best thing so far about starting your own bike company?

Dan Atherton: For me, it's the motivational factor. After so many years of riding for other companies like Commencal, GT and Trek, we've learned so much. To be able to implement that into your own product is motivating. 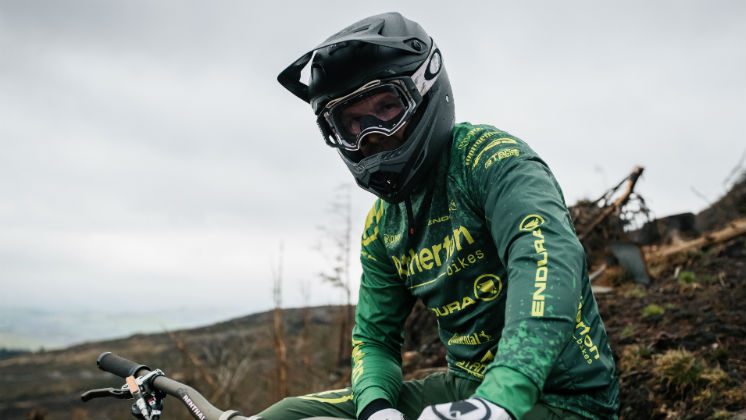 SNT: Some of the most successful riders in the world have tried to launch bike brands, but the bike you're putting your name on is using an entirely new manufacturing technique and a suspension system not yet found on any other bike. It would have been a hell of a lot easier to just buy some frame ready-made at a factory, put your stickers on it and call it a day. What led you to go this route?

DA: It's the fact that we can implement change so well. Gee's on P7 now, prototype seven, and every frame we've done so far has been different. And being able to work with Dave Weagle on adjusting the kinematics going into race season is really, really exciting. It's so quick to make changes to the geometry of the frame; all the guys we've got behind us are pretty switched on guys. They're so smart, and they're all burning and passionate about this, and it's exciting to have a team like that behind you. Any changes you want to do going into a race, you can do them. 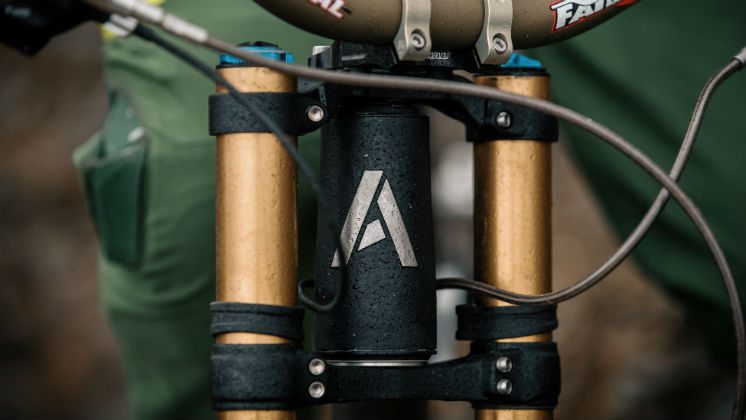 SNT: It seems like when people can begin buying your bikes, they'll actually be buying all the work you're doing right now to have things dialed. The bikes can still be custom tuned for them, but they'll be getting the benefit of everything you're doing now, everything you're learning from being able to make changes more easily and try different geometries.

DA: Yeah, 'cause typically with a frame sponsor, there's a cutoff point when you have to go to market with the product, and you have to settle on a mold. So you might not be getting the best out of the product that it can possibly be, but with our technology, you can just keep refining and refining, literally, up until the day they order. 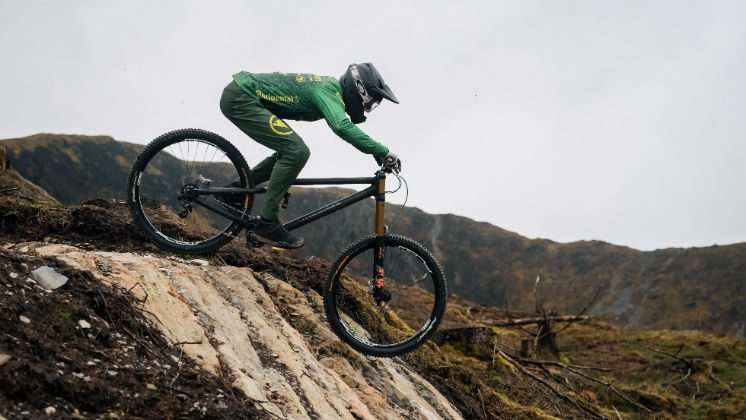 SNT: We all see that these days, where a company has just released something, and then it realizes that it's out of date already.

DA: Yeah, it's dangerous, you know, with these trends coming through like 27.5" in the back, 29er in the front. The industry has definitely not settled down yet, and for the next few years, it won't.

SNT: And is that something you could do, conceivably, if somebody wanted a 27.5" wheel in the back with a 29" wheel in the front? The way the suspension system is, you could even accommodate different chainstay lengths?

DA: Yeah, exactly! Moving forward we're going to see tire companies and wheel companies pushing hard on the technology because up until now, it's just been guys building a 29er with the same technology as a 26" or a 27.5". For me, considering the added weight and the added effort it takes to get up to speed, I think it does need to be a different tire. That technology is going to evolve over the next couple of years. 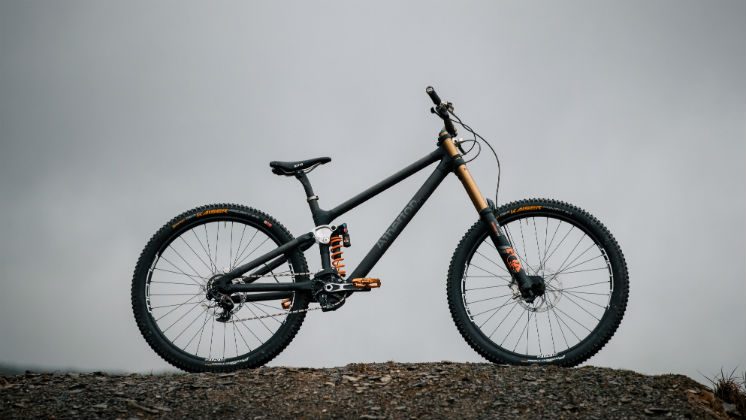 SNT: Your current bike's got the 29" front and rear. Is the next iteration going to mix it up some?

DA: We think the 29er is faster for an all-out race bike, but for me riding more bike parks and having fun manualing and throwing the bike around, I would personally prefer a 27.5". There's no doubt in my mind that 29" is fast. Gee gets on with it really well.

DA: Yeah, Rachel's on 29". Again, hers is just an out-and-out race bike, and she gets on really well with it, too. 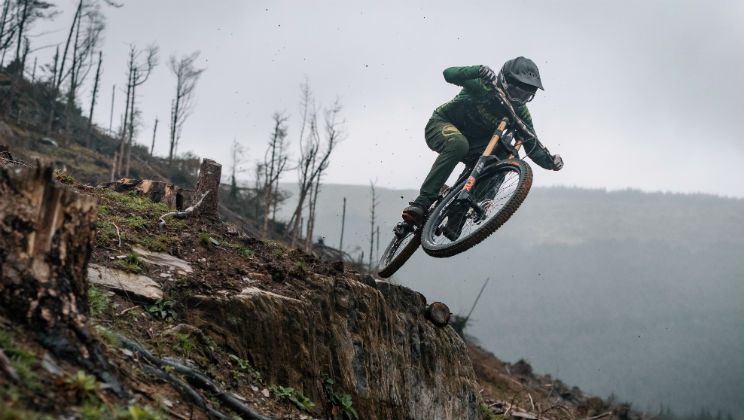 SNT: Anything new and even more diabolical in mind for Red Bull Hardline this year?

DA: We were up there there day before I got on the flight to come here to Sea Otter, just kind of walking down the track and making some plans. Red Bull has got it penciled in now for the next three years, so we can make changes and be confident that we can get them perfect over the years. It's exciting. 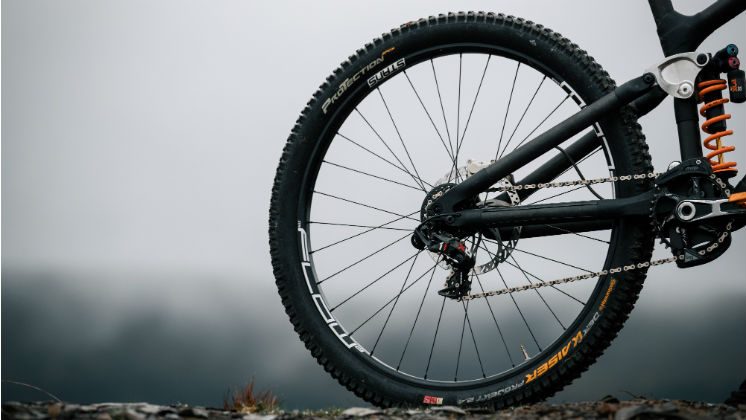 SNT: You'd mentioned that the new Flow EX3 rims have been super strong for you. Anything you can share about what you've managed to put them through so far?

DA: Yeah, we've got some funny stories. We've been riding the bikes so much, prototyping and trying to get the geometry dialed, and a few weeks back, me and Gee -- it was a horrible weekend of driving rain -- and I got a puncture literally like on the first run. It was just so muddy and horrible that we couldn't wash the bikes, so I was just like "Oh, you know, I'm just going to keep riding." We literally uplifted all weekend on a puncture. And it got to the point where the tire had come off the rim, so we took the tire off, and we were just riding on the rim. I must have done 10 to 15 runs on the rim, and it was fine. [It] held up. I did have to tighten the spokes a little bit. [laughs] 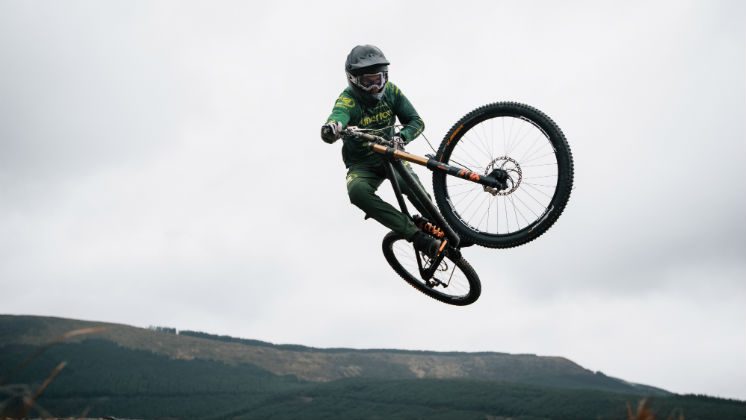 SNT: [laughs] Was the handling slightly affected by the lack of a tire? 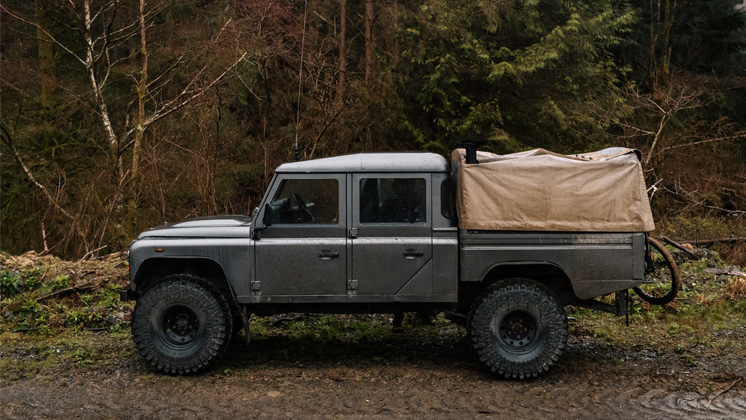 SNT: Good. [laughs] Glad to hear they're holding up for you. Last question... please tell us something about that Land Rover.

DA: The Land Rover is pretty cool. It's a Defender 130 with a six-liter Cummins engine, 37” tires and twin stacks, and I had the props built locally. We built it as a workhorse for towing diggers around and loading up with tools. Lots of vehicles just break - too much plastic on them - and we are British, so it had to be Land Rover! 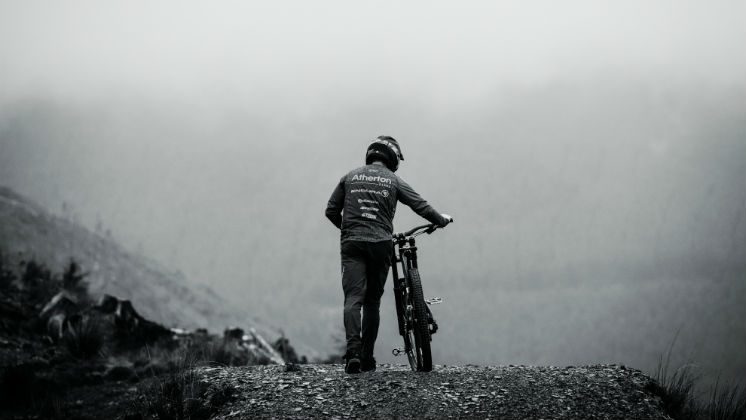 All photos by Laurance Crossman-Emms