The popular #vanlife trend has been spreading and Stan's Marketing Coordinator Gunnar Bergey has caught the bug. While not his first venture into van dwelling, after graduating college he spent a winter in an 02 Chevy Astro skiing on the west coast, his latest build will be in a 138" Ford Transit with a medium height roof. Designing a layout that's suitable for transporting mountain bikes, motorcycles, skis, and general adventuring is quite tricky; especially when considering it'll be used as a daily driver. As with most people's build plans, what started as a simple project quickly morphed into a time-consuming endeavor that's likely to be never-ending. We asked Gunnar a few questions about how his build's coming, what he's learned, and where it's headed.

Stan's NoTubes: So we have to ask, what's the motivation behind driving a vehicle that could easily be mistaken as an Amazon delivery truck?

Gunnar Bergey: Practicality! Spending most weekends at mountain bike trailheads, motorcycle races, or the parking lots of ski resorts, having somewhere to hang out, get changed, and safely store your gear is invaluable. Coming from a Tacoma, giving up 4x4 will take a little getting used to, but for me, the pros outweigh the cons! 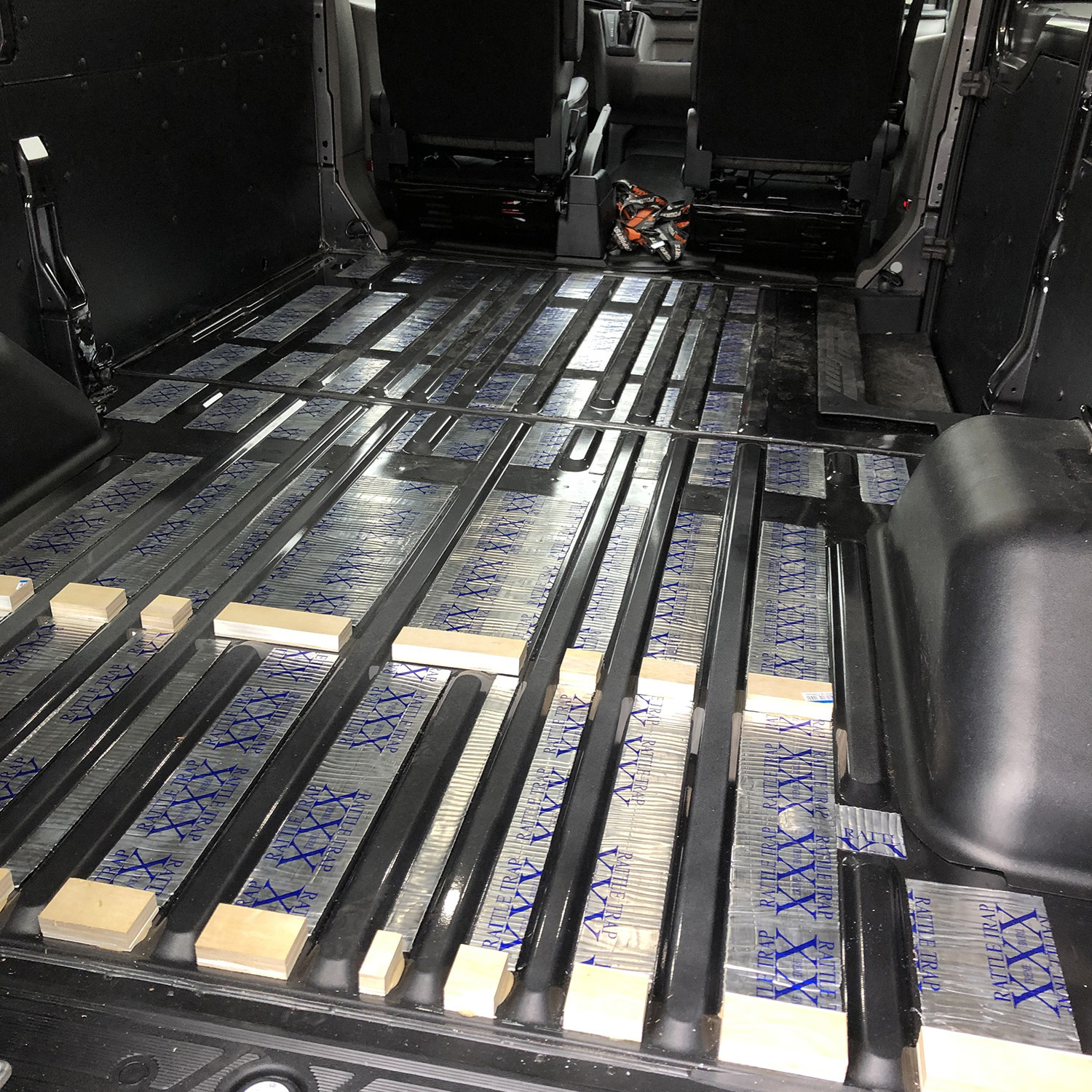 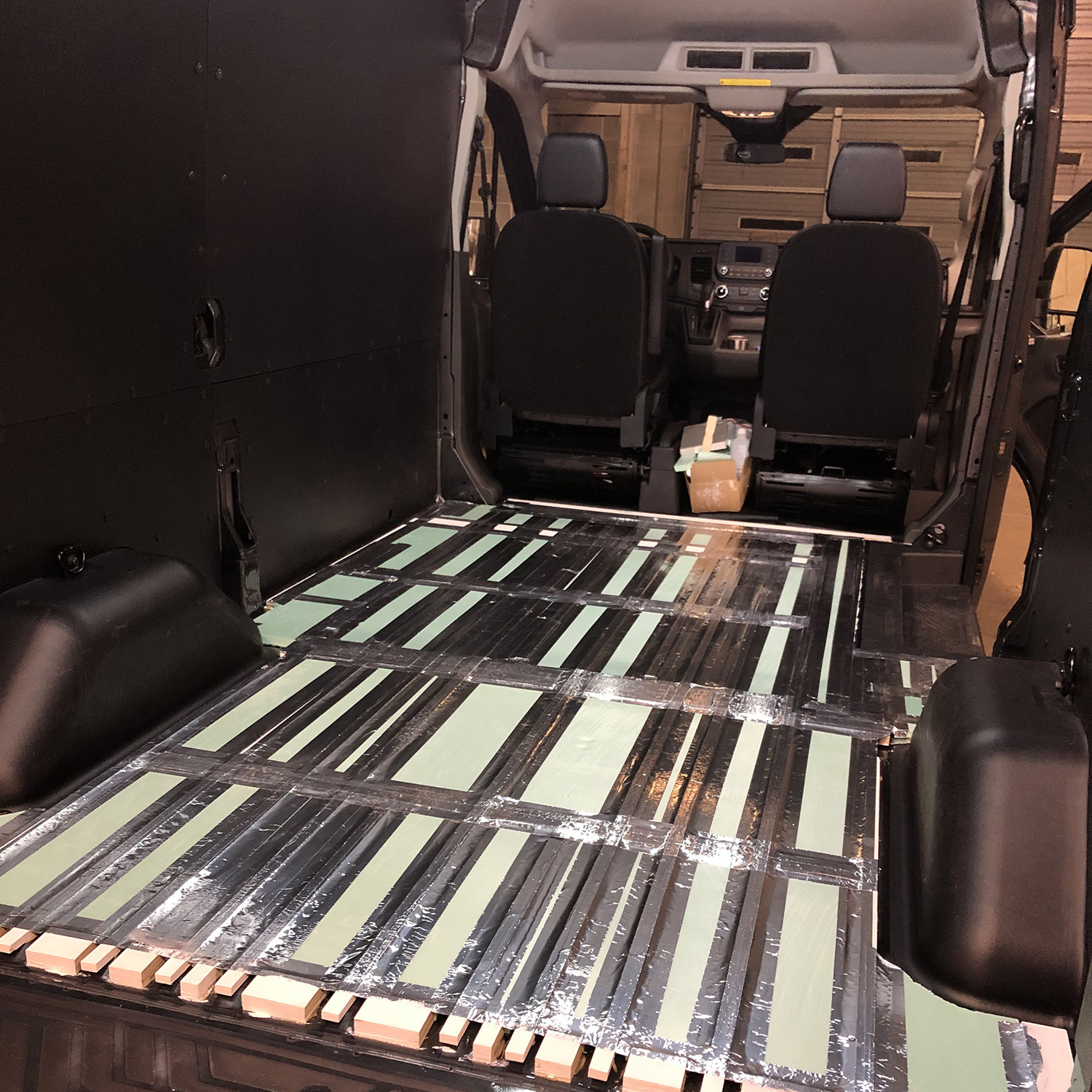 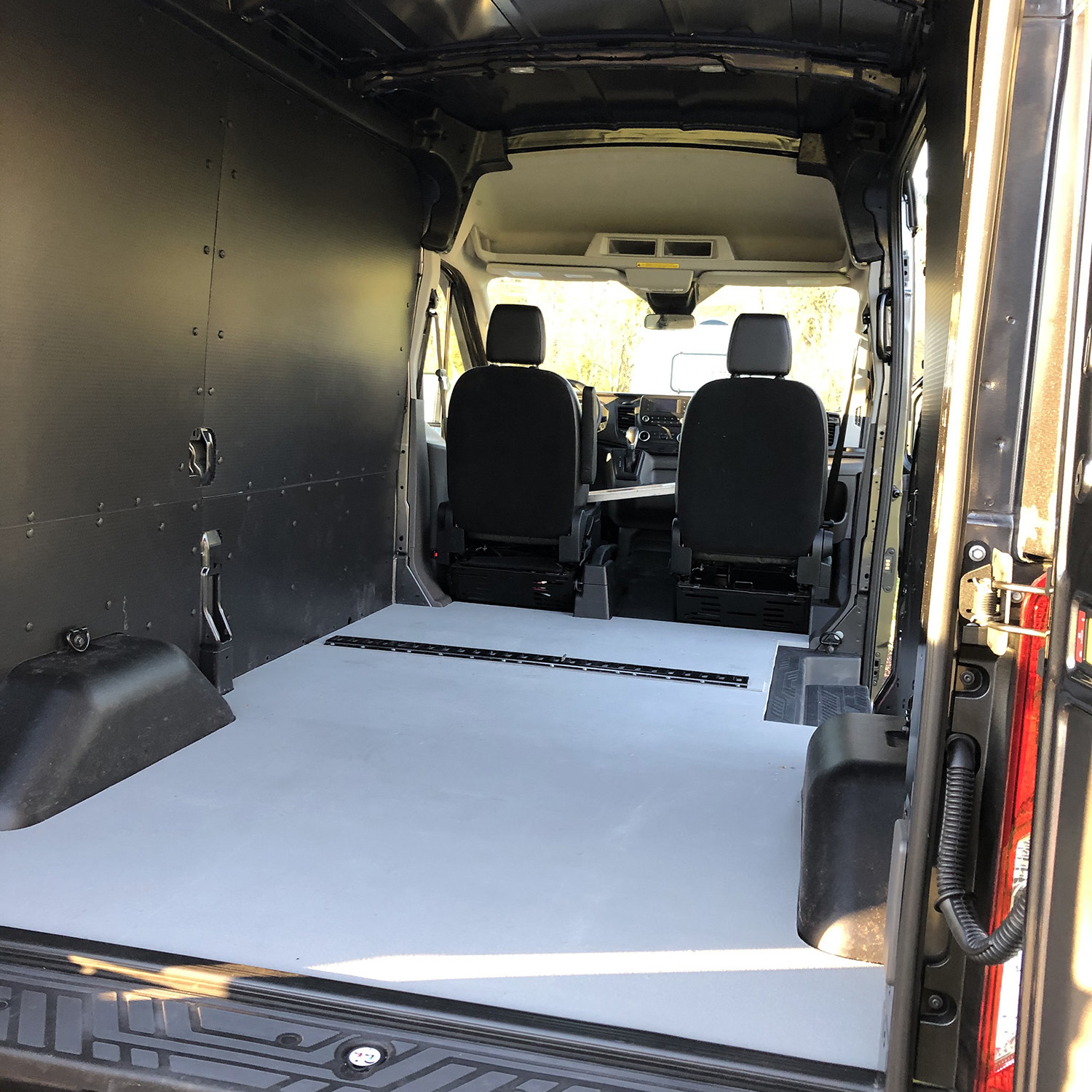 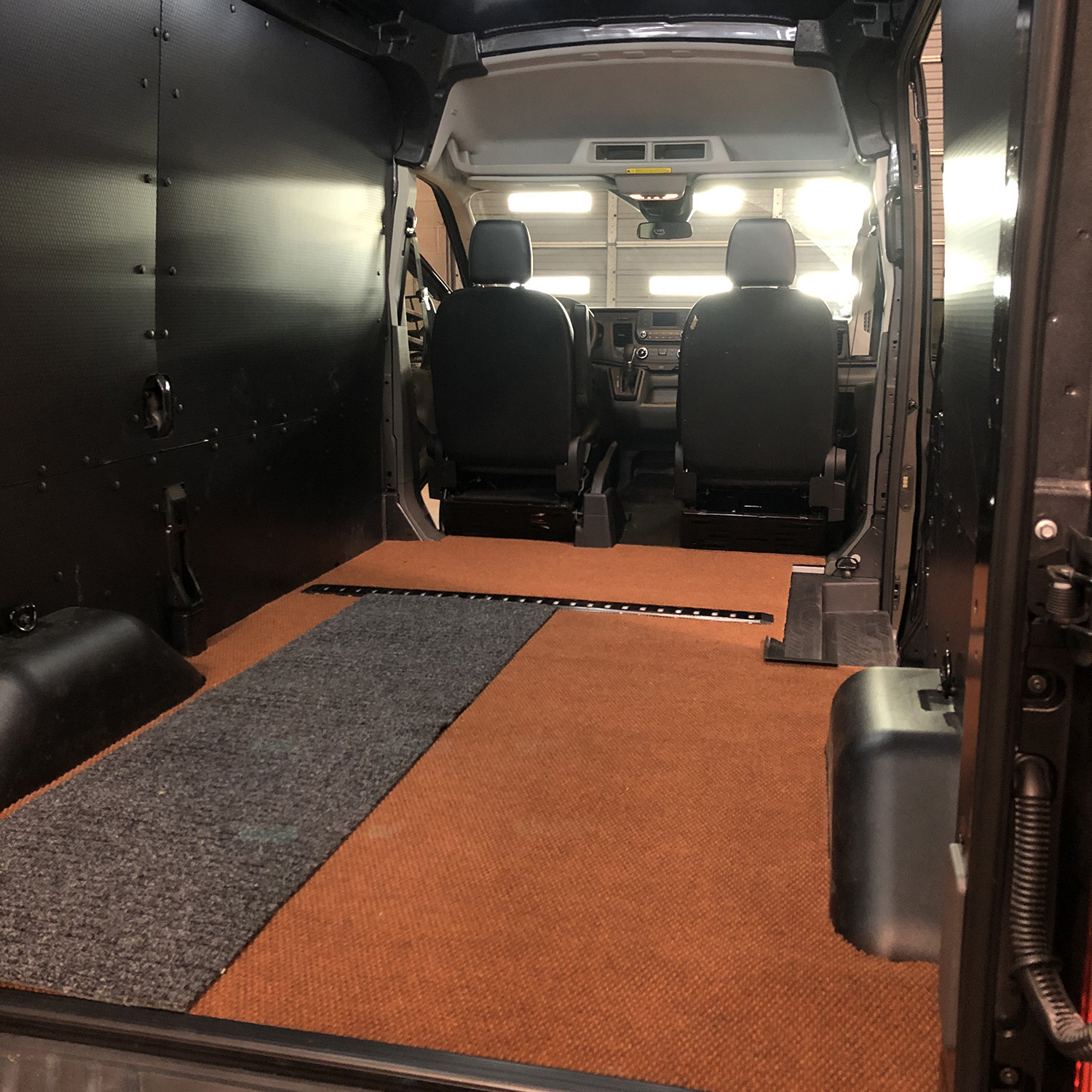 SNT: You purchased a van and the back was a completely blank slate. How did you begin to plan your layout?

GB: Well, due to COVID-19 I've spent a lot more time at home than I'm typically used to. With my wide-open schedule, I logged way too many hours in the back of a dark van with a tape measure trying to think of every possible layout and the issues that would come with it. Once I had a rough idea of what I was looking for, I rolled in my dirtbike and took some additional measurements. Next came the duct tape and cardboard to create a rough mockup. That helped get an idea of what I was working towards, but did nothing to prepare me for how tricky things would get once wood and screws got involved. I thought the planning process was difficult, but that was only until I started to execute the build. 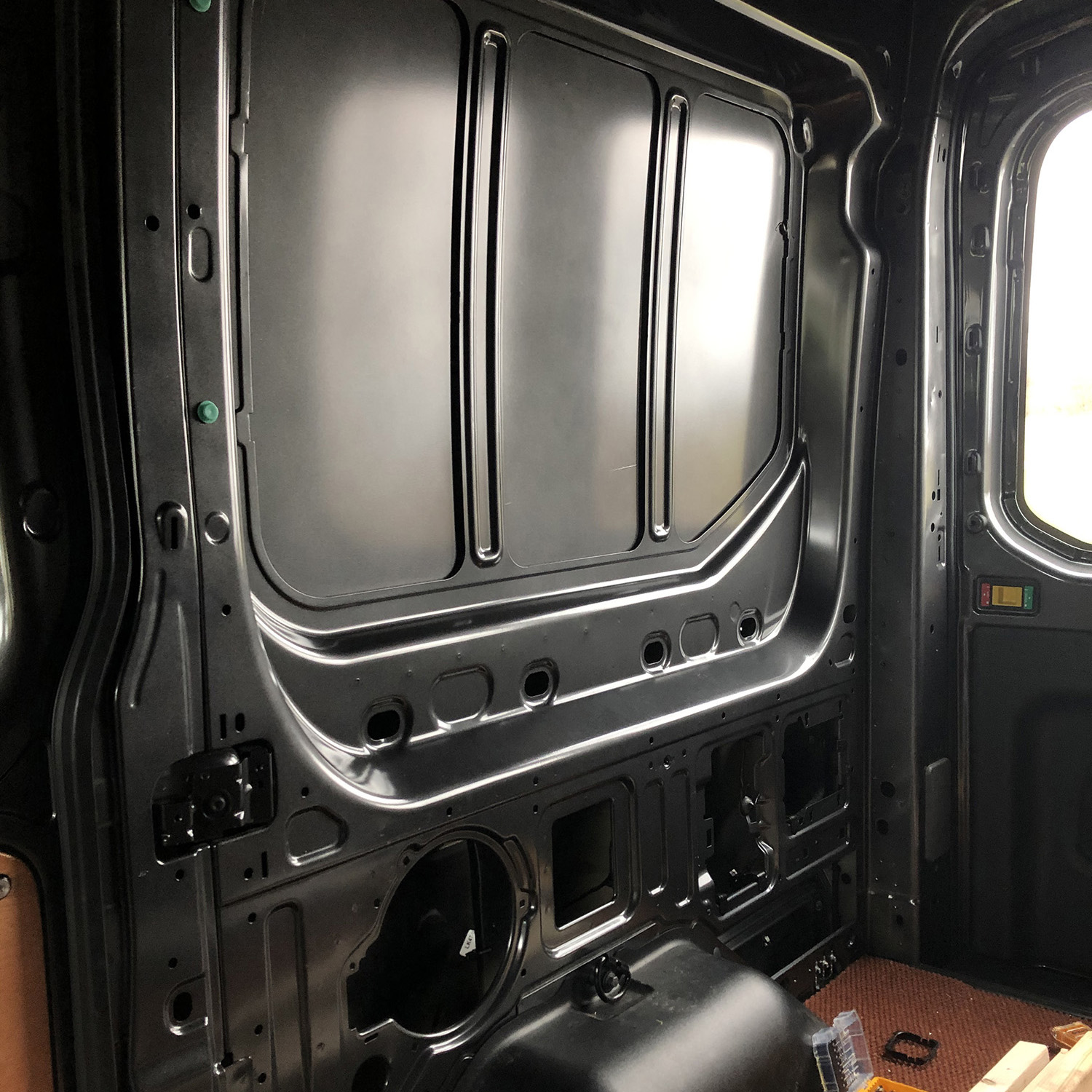 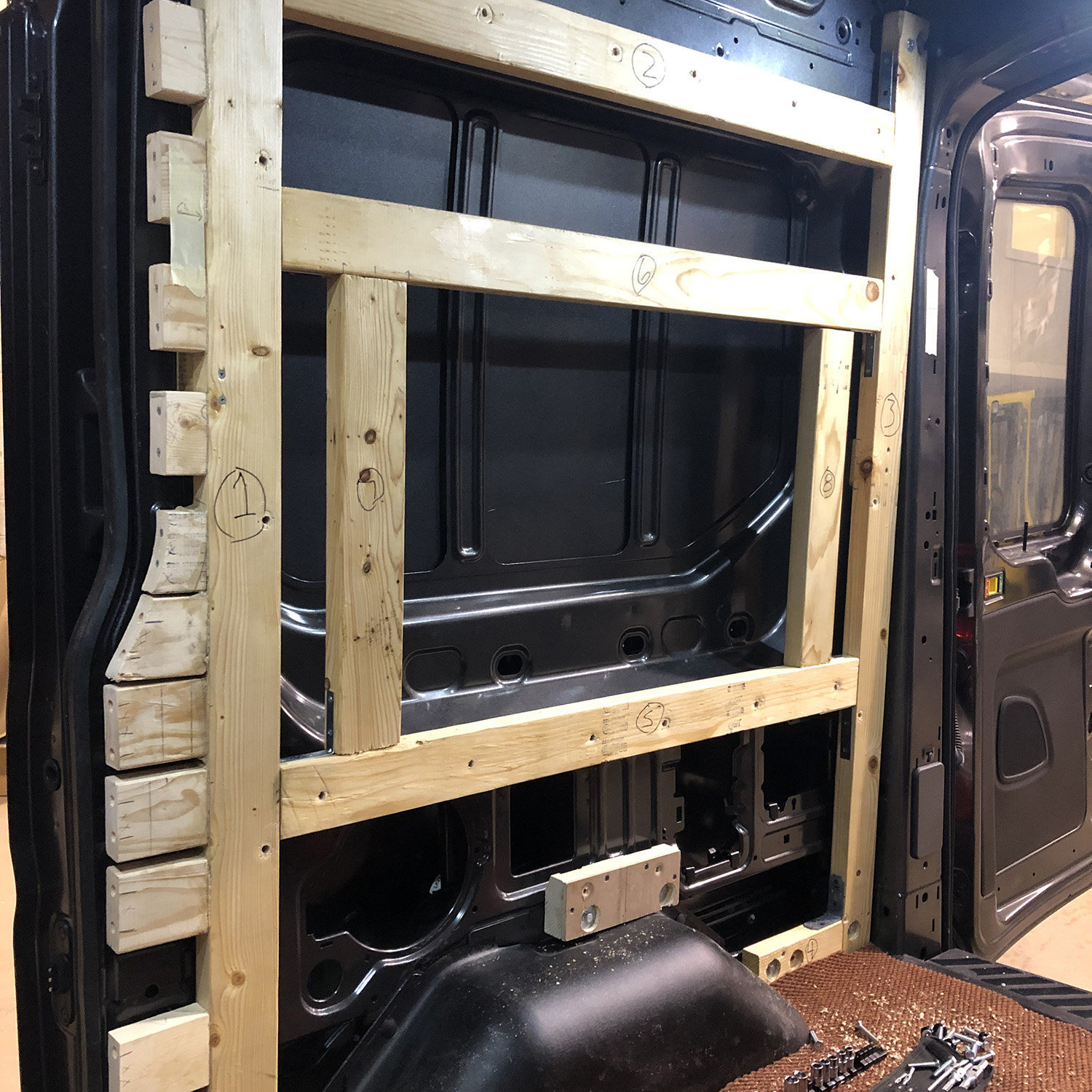 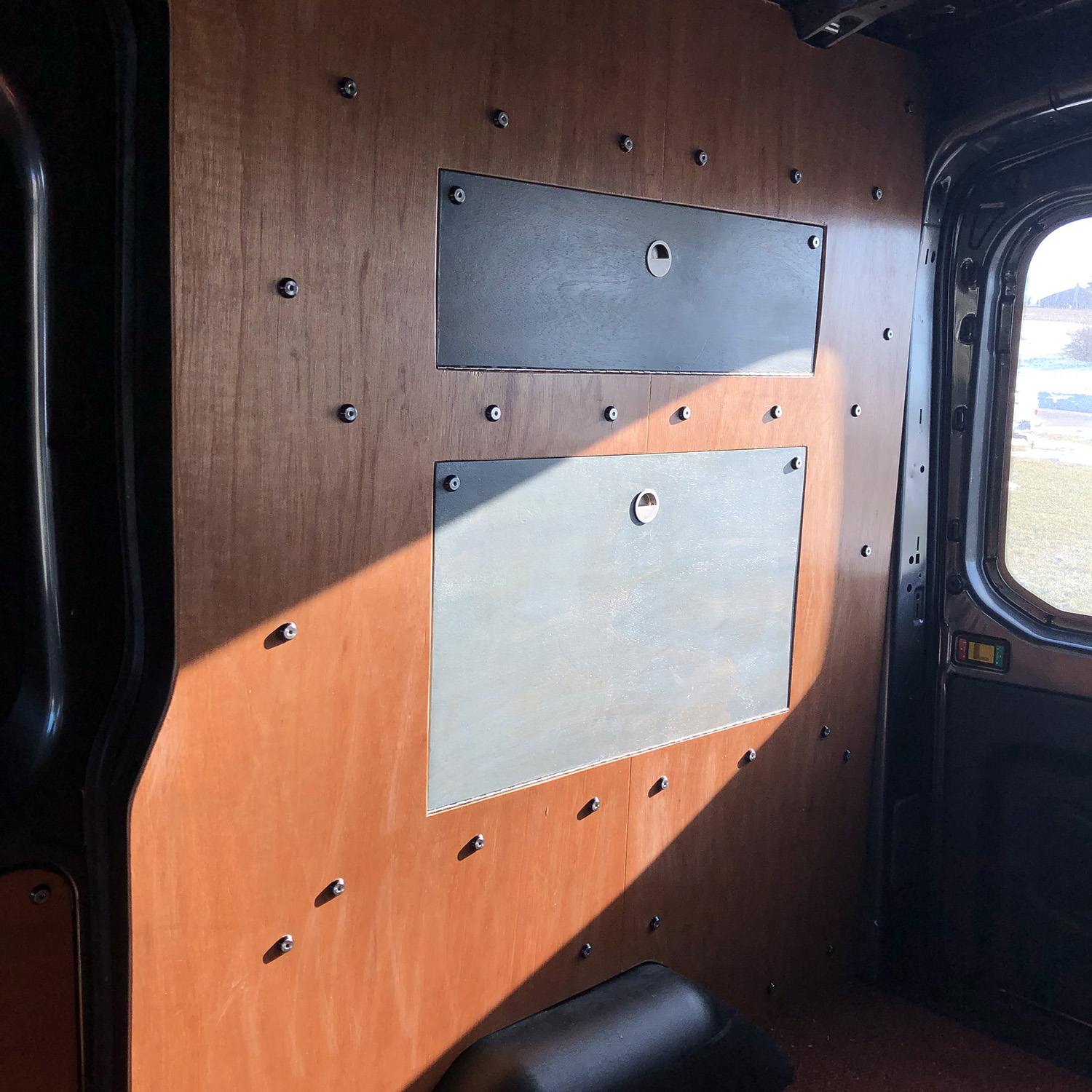 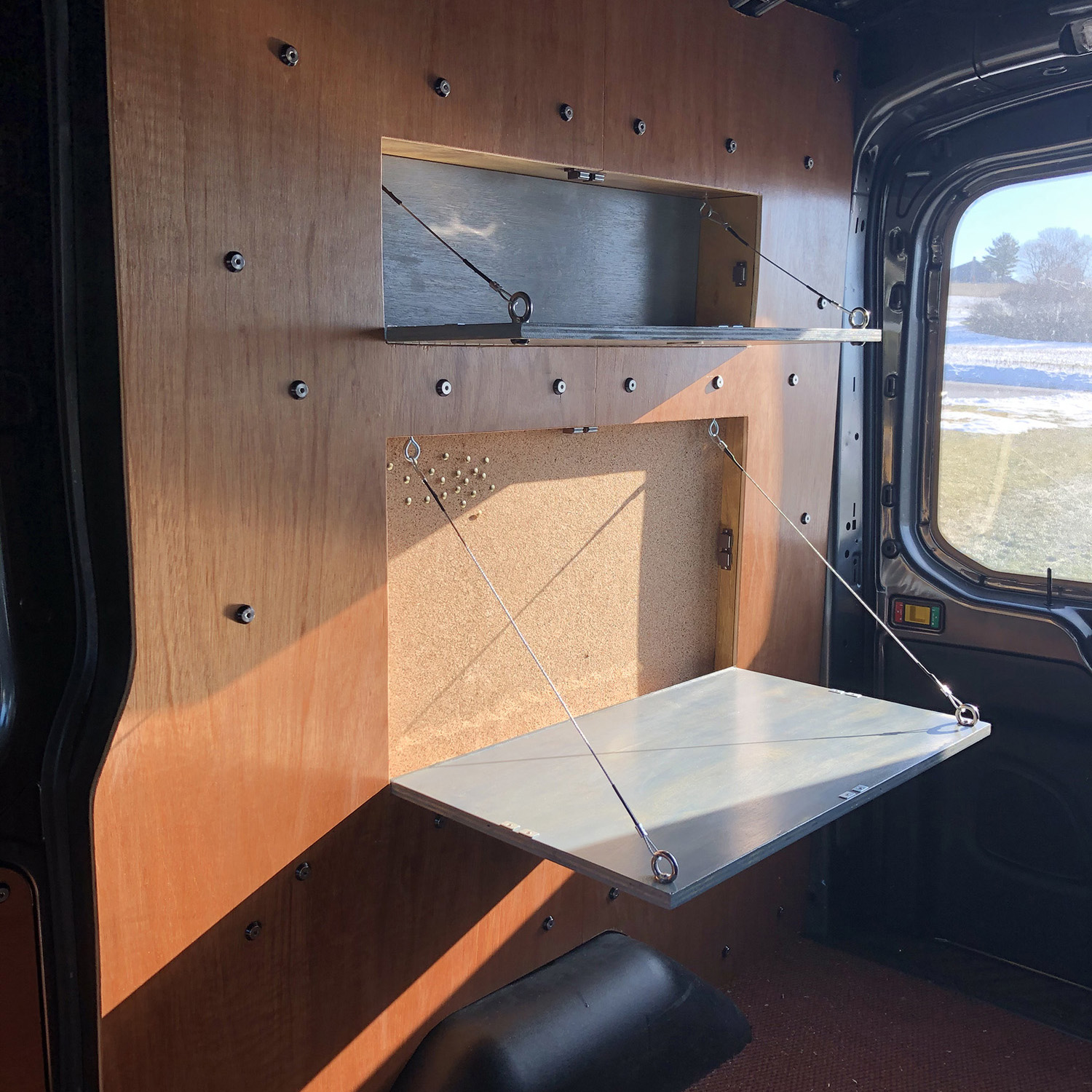 SNT: What tool were you most excited to purchase for this project?

GB: Nearly every van forum, Facebook page, or YouTube video lists some "Must Have" tool that promises to make the entire project easier. After spending a lot of time online, I noticed that rivnut tools were commonly called out. For those that are unfamiliar, a rivnut is an internally threaded metal sleeve with a collar that fits into a predrilled hole. Rivnut tools have a threaded tip that mates with a rivnut once inserted into the hole. Two large handles press down to mushroom out the back of the rivnut to hold it in place. Unsure of their strength, I threaded in an M8 eyebolt and looped a bit of climbing rope through. I was very impressed with the strength of the hold and ended up using a ton of them inside the van. 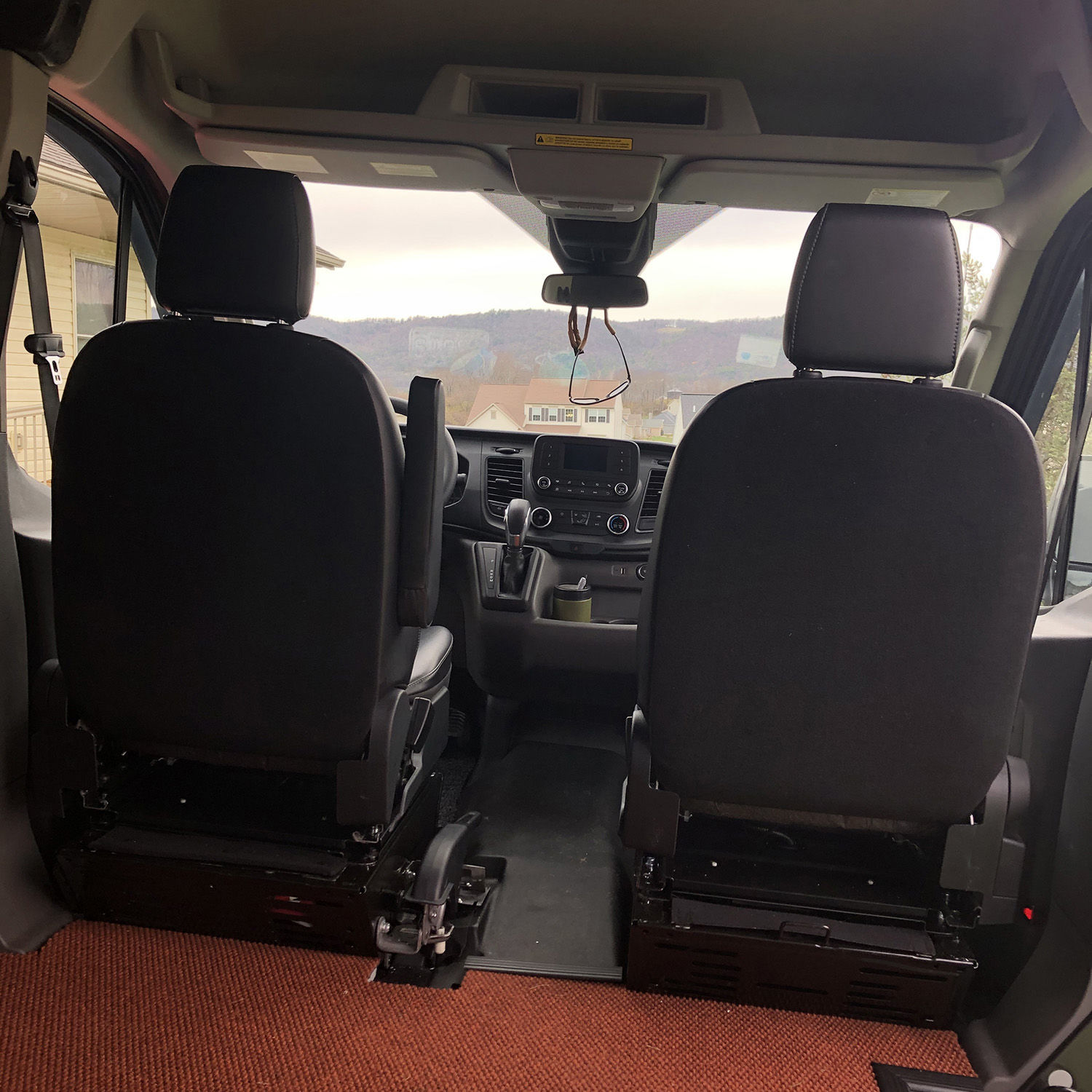 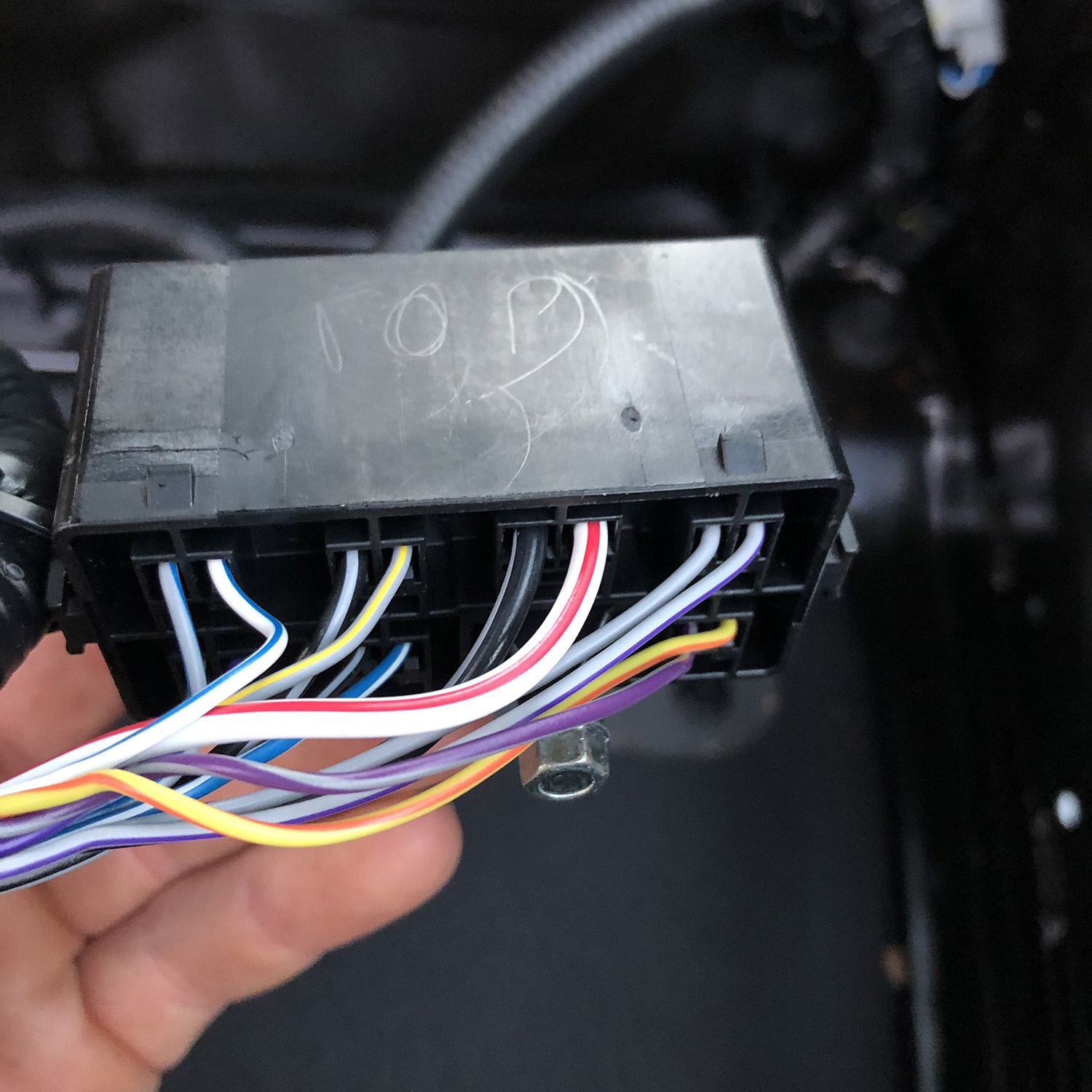 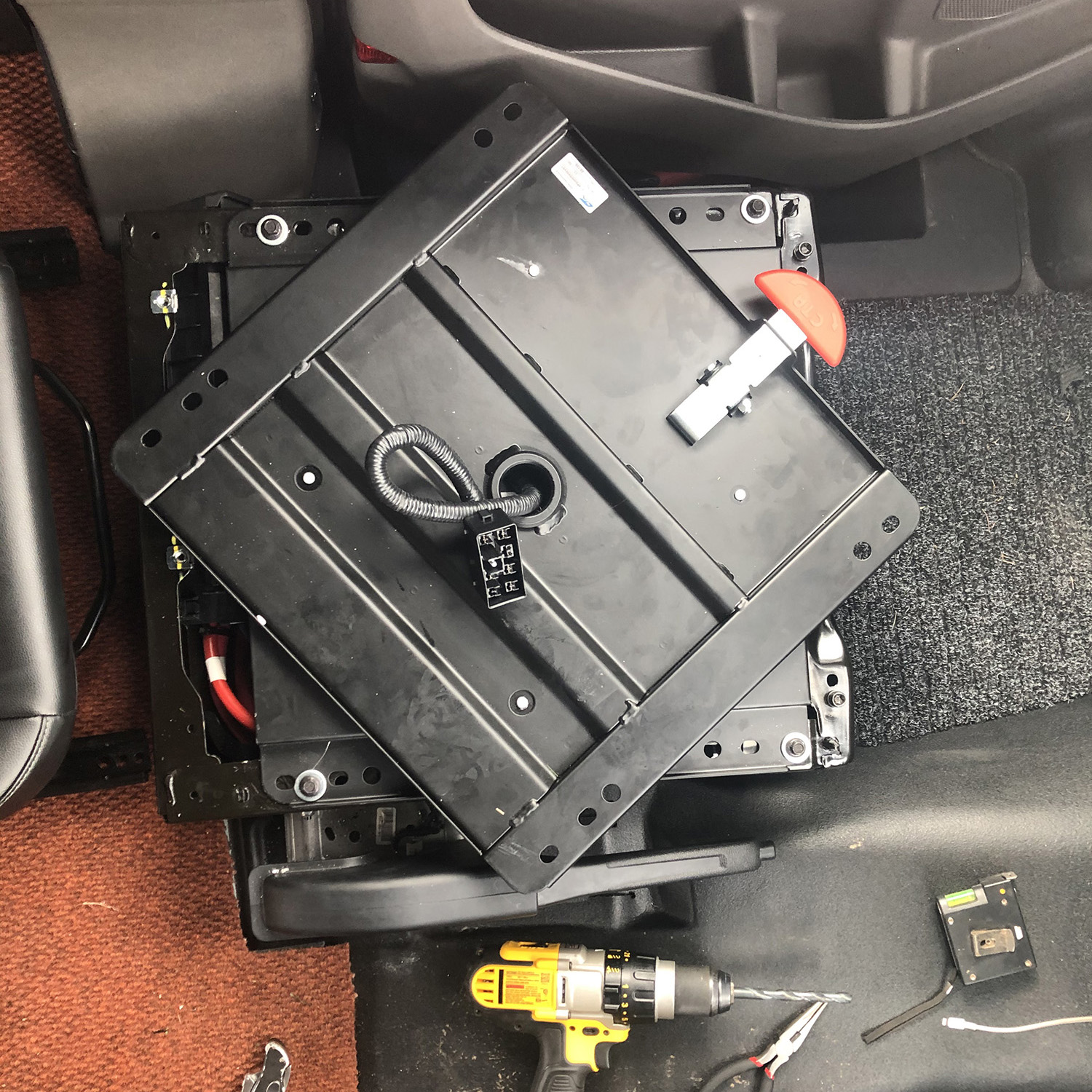 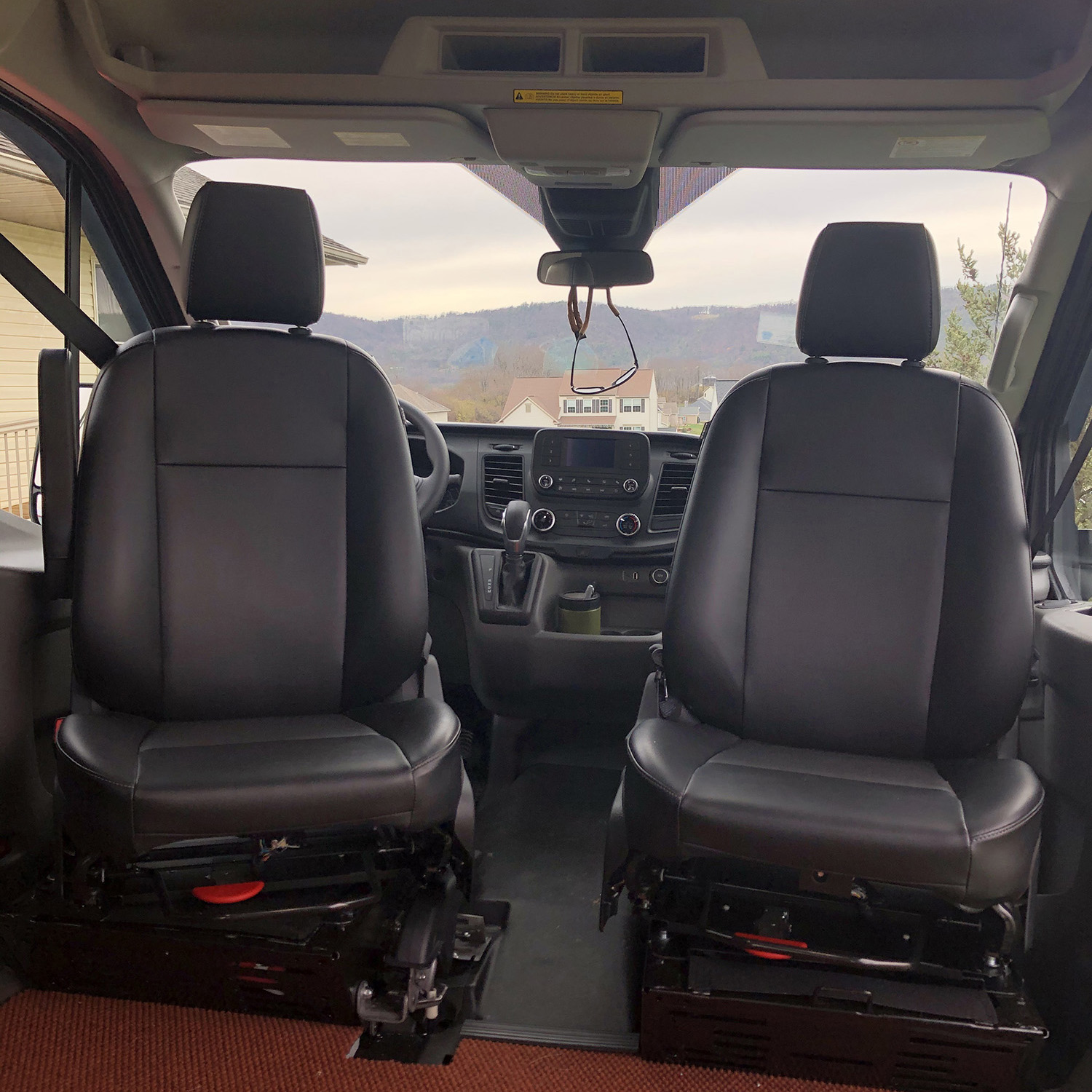 SNT: What does the next stage of the buildout look like?

GB: The next stage won't begin until I'm again ready to spend every minute of my free time in a ~316ft3 rectangle. Haha! Seriously though, I'm working on plans for an electrical system that will include an auxiliary battery that powers ceiling lights, a fan, and a heater. Organic sheep wool from a company called Havelock will be used for insulation and eventually the ceiling will be closed up with shiplap. While working on the van has been fun, I'm ready to go on some adventures with it! 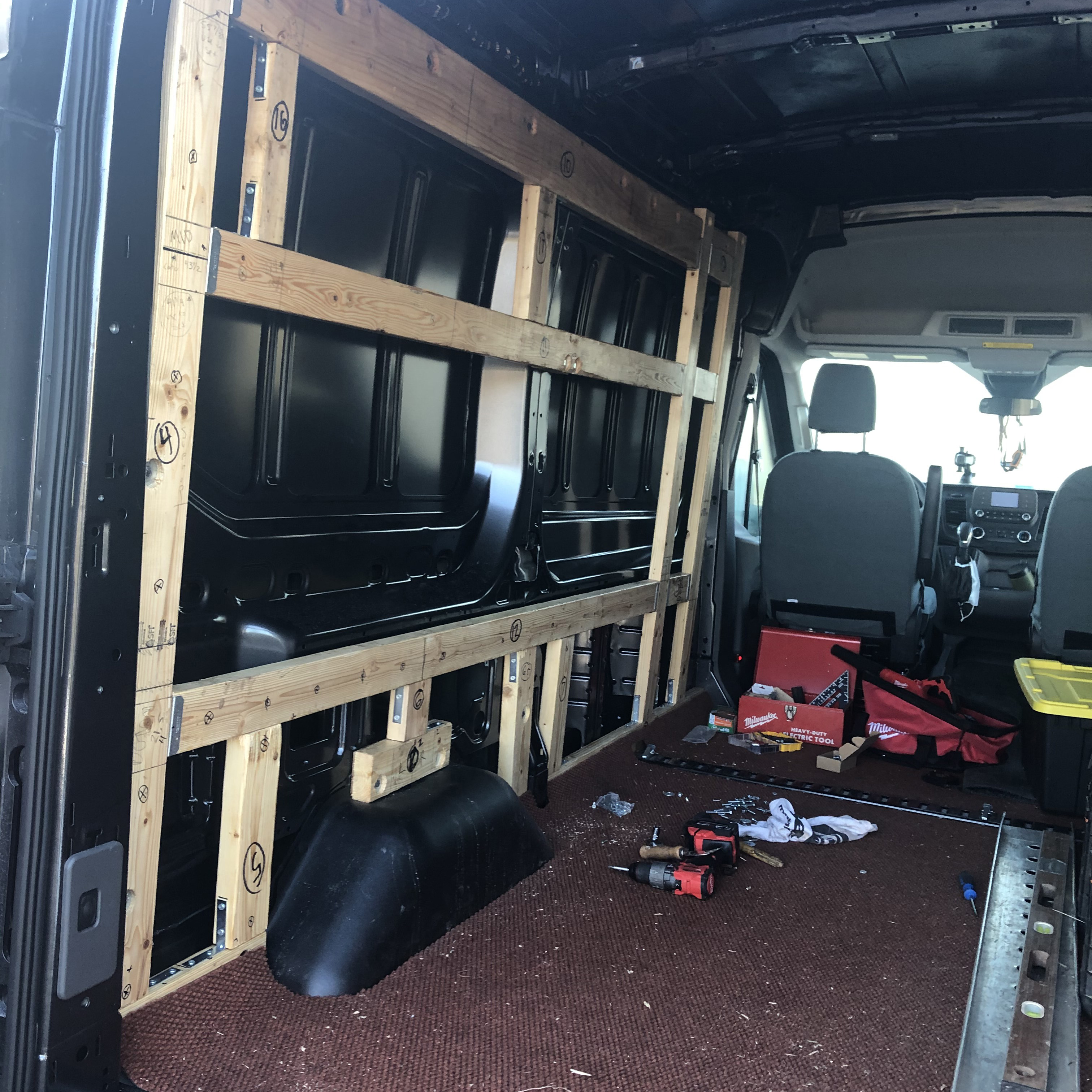 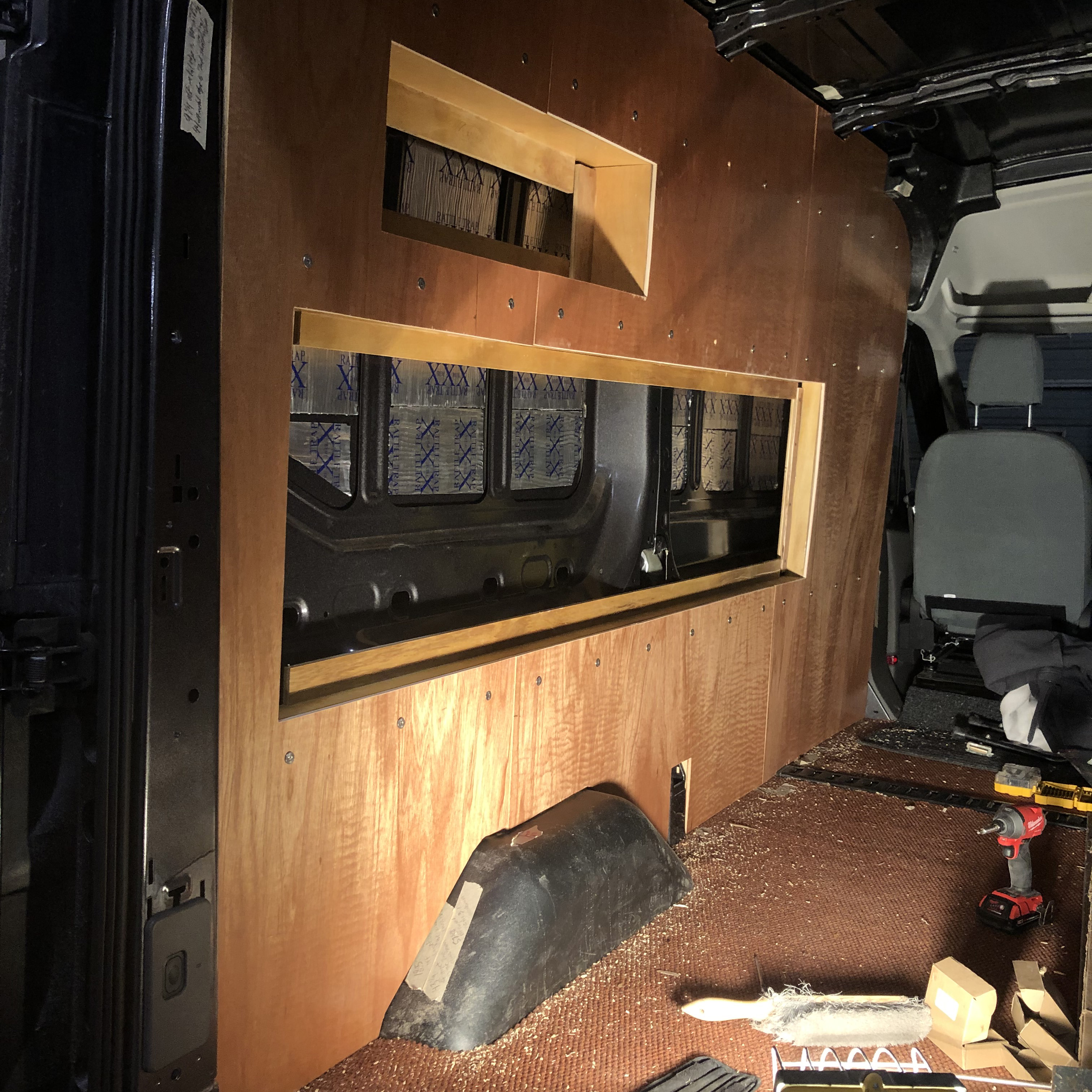 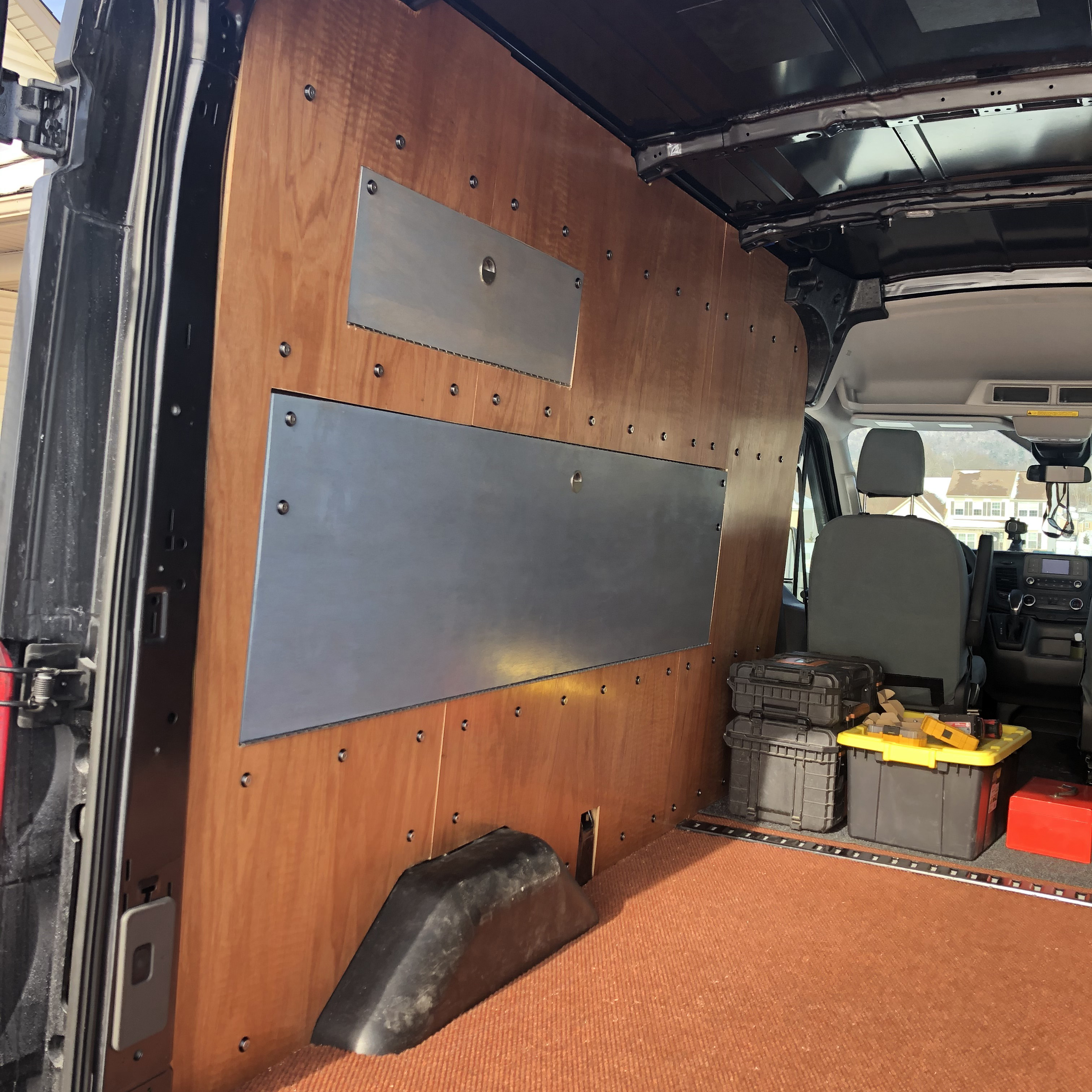 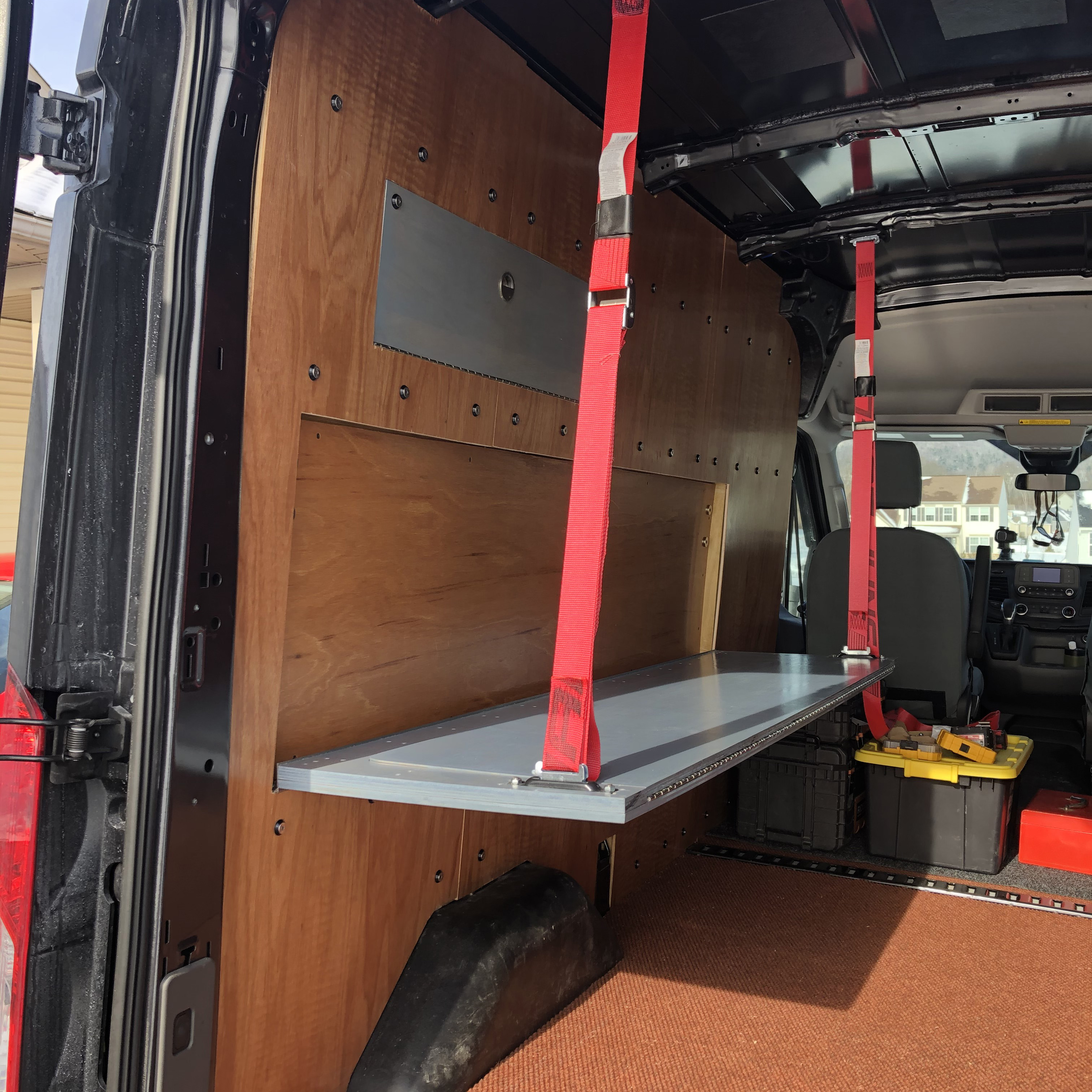