Every year in late August, the world’s best cross country and downhill racers come together to compete at the UCI Mountain Bike World Championships. For North American racers, that usually means traveling to another continent, often many time zones away. But this year, they’ll get to race much closer to home with the Worlds happening in Mont-Sainte-Anne, Quebec, Canada. U.S. Cross Country National Champion Keegan Swenson (Stan’s-Pivot Team pb Maxxis) is among the many past and current World Cup-level racers who cite Mont-Sainte-Anne as one of their favorite places to compete each season, whether for Worlds or for a World Cup. 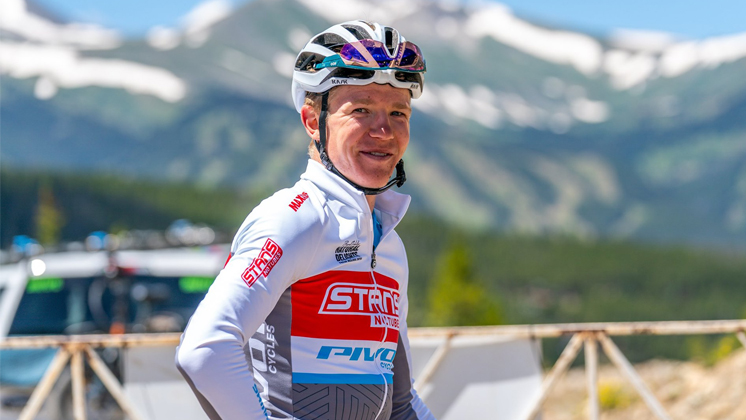 “It’s always a treat to race on North American soil, and I just love racing at Mont-Sainte-Anne with its great course and awesome crowds,” said Swenson. “Not having an eight-hour time change is also nice and definitely gives us North Americans a small advantage. Most of my family is coming to watch this one, which is always special.” In addition to greater confidence that came along with winning the elite cross country national title, Swenson has had some of his best World Cup results thus far this season and is fresh off winning the Breck Epic, a six-day mountain bike stage race at altitude in Breckenridge, Colorado, that doubled as one last big block of training ahead of Worlds. “Racing Breck Epic should give me a solid fitness boost heading into Worlds. My body always tends to respond well to similar, big training loads. Plus winning what was a S1-categorized race also gave a small boost to my UCI ranking, which will help me get a better start line call-up.”  Swenson will be joined on the elite men’s start line by several other Stan’s-sponsored North American riders, including Russell Finsterwald, Luke Vrouwenvelder and Raphael Gagne. 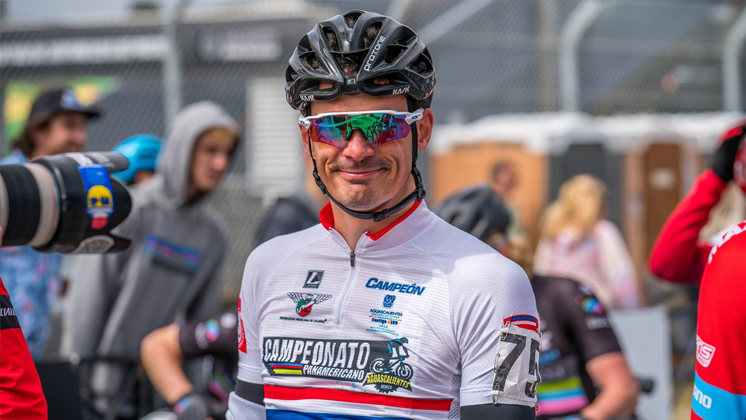 A veteran of world championships who had to sit out the past several editions, Finsterwald is just grateful to have the opportunity to be there. “Although I’ve represented the U.S. in seven other world championships, this will be my first one since 2016. I know how competitive and unpredictable the Worlds are,” said Finsterwald. “For me, it would be a successful race if I can feel happy with the effort I put forth. It's hard to pin down what finishing place that might look like, so above all, I'd like to just go out there, race hard, have a clean race and see where that gets me.” Finsterwald missed out on Worlds in 2017 due to injuries associated with breaking his collarbone earlier that summer, and he was absent again in 2018 after the team that he was on folded, making it impossible for him to race at the highest level. He credits his current squad, Clif Pro Team, for helping him get back to focusing on racing and having one of his best seasons yet. 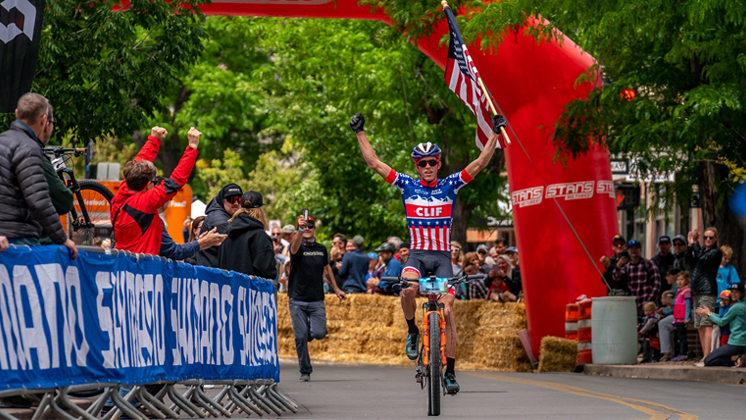 “Heading into Worlds, I am excited to represent the United States,” said Finsterwald. “I think we have a really strong team this year, so I’m also excited to see how the rest of the team fares. From the junior level all the way to the elite level, we have many podium capable athletes. Among the elite women’s medal contenders are Stan’s riders like two-time Cross Country World Champion Catharine Pendrel and current U.S. Cross Country and Short Track National Champion Chloe Woodruff. “Mont-Sainte-Anne is really special to me, and I’ve had amazing success there in the past,” said Pendrel. “As a Canadian, it’s the perfect place to go for the hat trick! 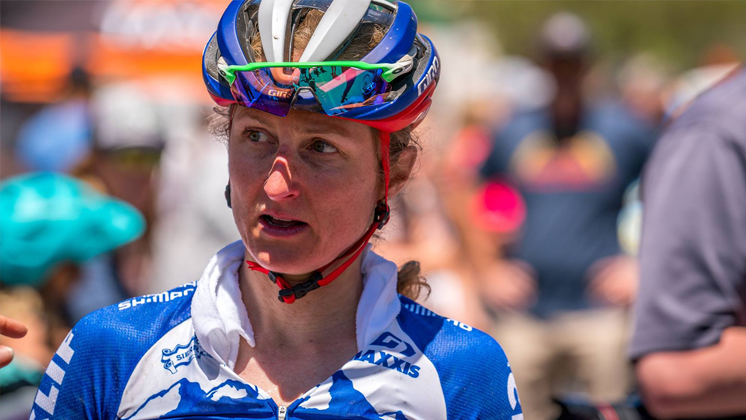 2019 marks the third time that Mont-Sainte-Anne has hosted the UCI Mountain Bike World Championships, and Pendrel was there for both other times: first in 1998 as a spectator when she drove seven hours from where she was at university and then again in 2010, when she finished just two seconds out of the medals, earning fourth place after getting passed in the final corner. “Since 2008, I’ve had eight podium finishes at Mont-Sainte-Anne and the most wins (four) of any woman,” said Pendrel. Her worst finishes were fourth, seventh and 14th - with the lower of those placings coming just six and 10 weeks, respectively, after breaking her collarbone and humerus. In contrast, it’s been a few years since Chloe Woodruff has raced at Mont-Sainte-Anne.  “I didn’t race Worlds when they were there in 2010, and I had to sit out the World Cups that have happened there since 2016 due to injuries, so I’m thrilled to return again this year,” said Woodruff. “It's one of my favorite courses because it's one of the hardest. It's also nice that the Europeans have to travel a bit extra - they're just not as used to it.” 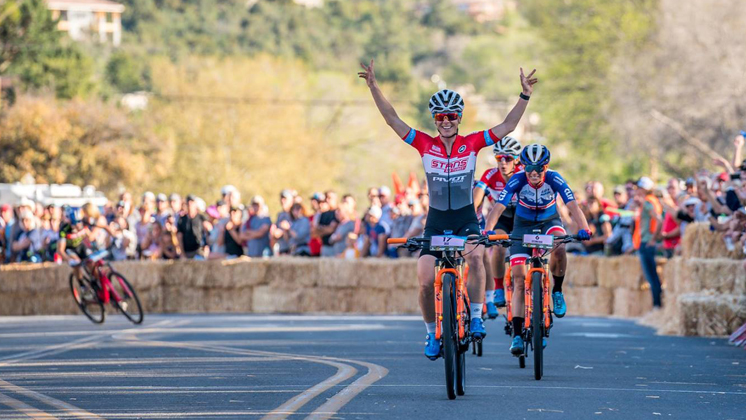 Woodruff’s previous best elite world championship finish was 13th in 2016 in Nove Mesto na Morave in the Czech Republic. She also once earned a ninth place back when she was racing as a junior in 2005. This season, she's cracked the top 10 several times at World Cups, including finishing as high as sixth. U.S Marathon National Champion Rose Grant, also a member of the Stan’s Pivot Team pb Maxxis, doesn’t have podium aspirations in Mont-Sainte-Anne, but she is excited to meet her goal of being back in action at the highest level after battling injuries during the past few years. “Making the U.S. World Championship Team is special because a year ago, it was hard for me to imagine racing at the World Cup level anymore. The defeat of injury felt heavy, and unburying myself has been a long and slow process,” said Grant, who is fresh off winning the famous Leadville MTB 100 earlier this month. “I feel so much gratitude for the opportunity to see this goal through, and this speaks hugely of the progress that I have made since returning to the start line at the beginning of the season.” 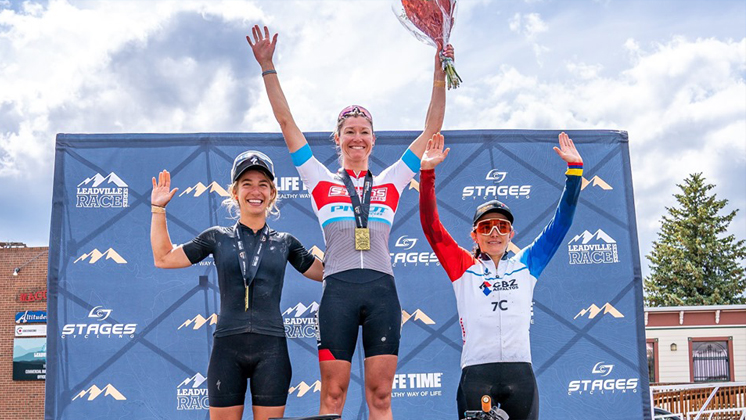 While Grant admits that racing Leadville probably wasn’t the best preparation for racing Worlds, she says wouldn’t have changed anything about her approach thus far. “Leadville is so different than the high intensity racing of the world championships, but I’m still excited to see what I might be able to pull off. Mont-Sainte-Anne is where I tore my ACL in 2016 during training, and I went back in 2017 when I made the top-20. I’ve had more history with Mount Saint Anne than any other World Cup Course, so I’m very happy to be returning. I still have a lot of confidence to regain with the injuries to my shoulder, but I’m ready to embrace this challenge.” Perhaps the freshest rider off the injury bench will be Erin Huck. The 2020 Olympic hopeful saw her season’s aspirations suddenly vanish earlier this spring when she fractured her ankle ahead of a round of the World Cup. If all goes according to plan and conditions permit, Huck will be undertaking her very first race back post-injury at the Worlds in Mont-Sainte-Anne. “My hope is that this race will be the jump start for me to re-enter the realm of elite racing,” said Huck. “For most, this will be the closure of their season, but I see this as the beginning of my 2020. I don’t have any placement goals; I just want to meet the challenge of getting back into racing with the same grit and determination that I have relied on during my rehab.” 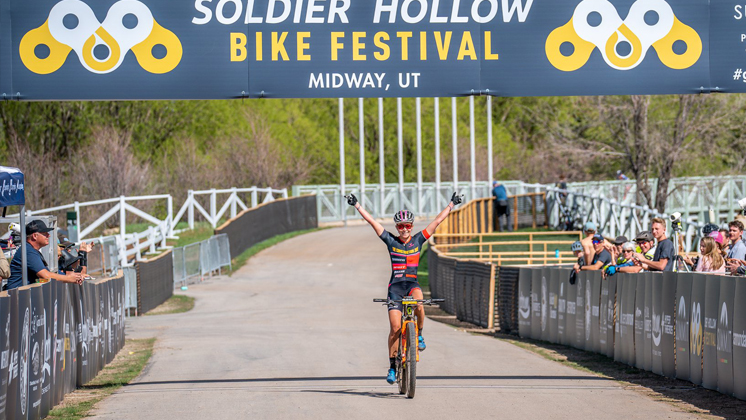 “Jumping into the world championships on a notoriously technical course, after six weeks of being cleared to ride outside, is daunting,” she said. “I’ve trained as hard as I possibly could have for this, and I’m looking forward to meeting this challenge head on. I am grateful that I have the opportunity to try. That said, since my ankle is not 100%, it may not be possible for me to race if course conditions present a significant risk of injury or require a lot of dismounting.” Last but not least, Hannah Finchamp (Clif Pro Team) will line up in the elite women’s race for Stan’s and the Team USA at Worlds. The next generation While most of the attention goes to the elite racers, up-and-coming Stan’s riders Haley Batten and Henry Nadell will be among the riders to watch in the Under 23 women’s and men’s races. Batten’s remarkable Under 23 Women's World Cup win in Nove Mesto earlier this season introduced many fans to her potential. Since then, she went on to finish in the top five among the elite women in both the short track and cross country races at U.S. Mountain Bike Nationals. “Mont-Saint-Anne is going to be an incredible venue to hold the world championships. As a World Cup race, Mont-Saint-Anne has always been a highlight for me, since it brings great energy from the crowds, and the technical course is truly exciting for both the athletes and spectators,” said the Clif Pro Team rider. “I can't wait to experience this eminent course as the world championships on North American soil!” 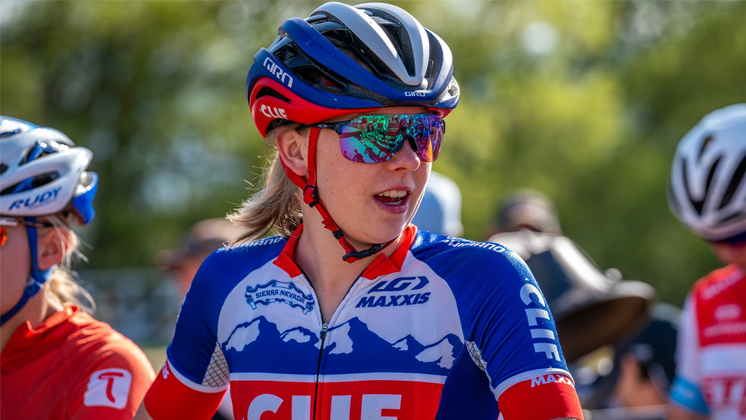 Batten is looking forward to being able to race in front of family and friends. “This season has definitely been full of excitement, and I’ve been able to achieve some big goals. Heading into Mont-Sainte-Anne, I’m fueled with confidence based on my results so far this year. Not every race has been perfect, but I’ve learned from every challenge along the way and feel that this has kept me motivated for these final key races. On top of that, I absolutely love the course at this venue, the high demands of the climbs and the technical features make for exciting and fun racing.” Competing among the Under 23 men, Henry Nadell (CZ Racing) will be contesting his first-ever world championship. “I never imagined that I’d be selected to race for Team USA when I started racing in the Colorado High School League a handful of years ago,” said Nadell. “Anyone who knows bike racing knows that it doesn’t always take the smoothest path. Last year I was forced to take a good chunk of the season away from racing, so to come back and get the opportunity to race at the Worlds feels extra special.” 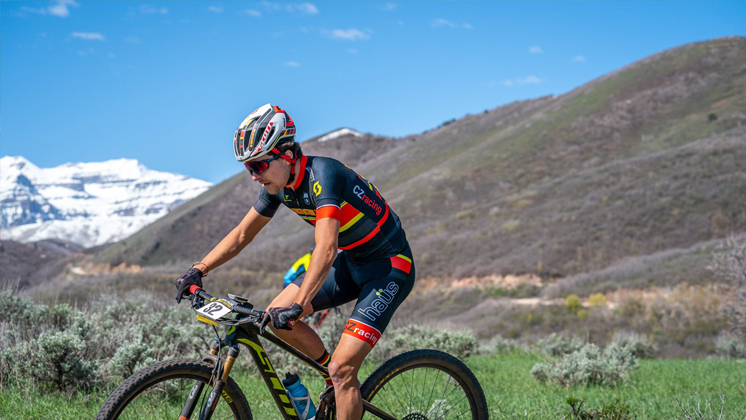 “Since it’ll be my first time racing Worlds, I don’t know entirely what to expect from myself results-wise, so I’ll be stoked if I finish the race knowing that I had nothing left to give on the day.” A final shout out goes to Bear Development Team riders Madeline Robbins and Riley Amos, who will be racing the junior women’s and junior men’s cross country races, respectively, and to Matthew Sterling, Joey Foresta and Dante Silva who will also be competing in the junior men’s downhill race. 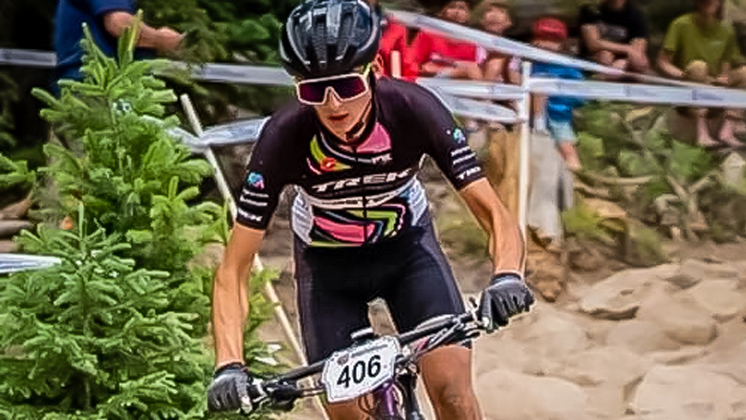 Stan’s wishes all of its sponsored riders, from North American and beyond, the best of luck at the Worlds! Stay tuned for another article featuring Catharine Pendrel coming later this week! Photos by Kenny Wehn.