The Sea Otter Classic returned to Laguna Seca Raceway this past weekend. Though it was still smaller than past years, the return of one of the most important events in the cycling community gives us all hope for a steady return to racing and cycling events in 2022. 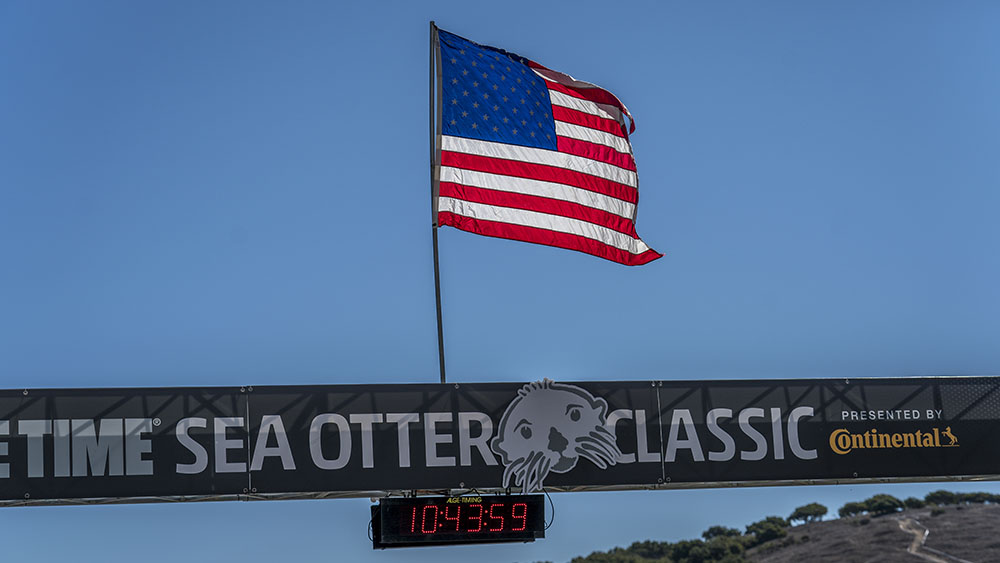 After an extended time away, it was good to be back for the 2021 event! Photo by Kenny Wehn. 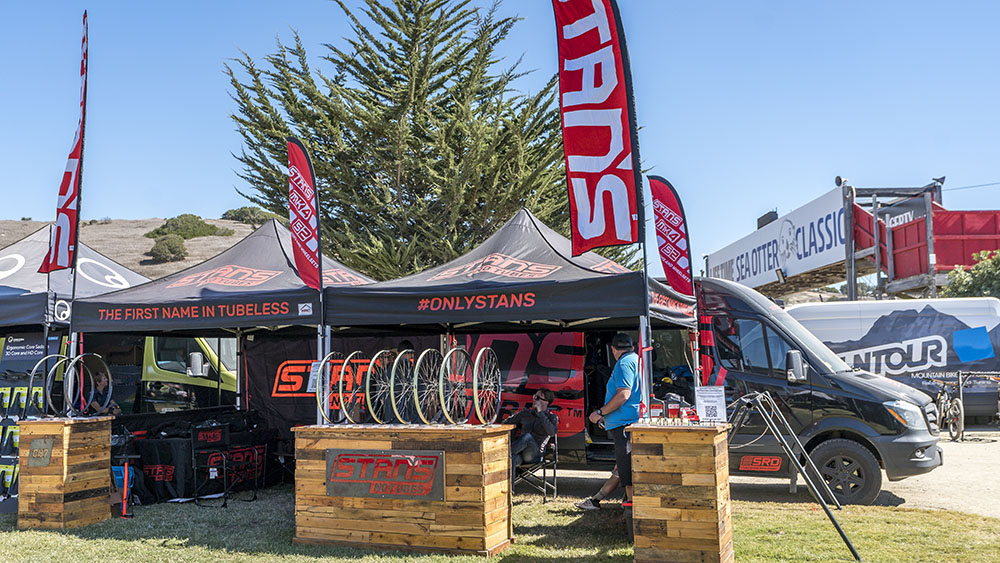 Front and center in our booth, the new MK4 and S2 wheelsets, and everyone who took a close look got to see the first glimpse of our new M-pulse and E-sync hubs. Photo by Kenny Wehn. 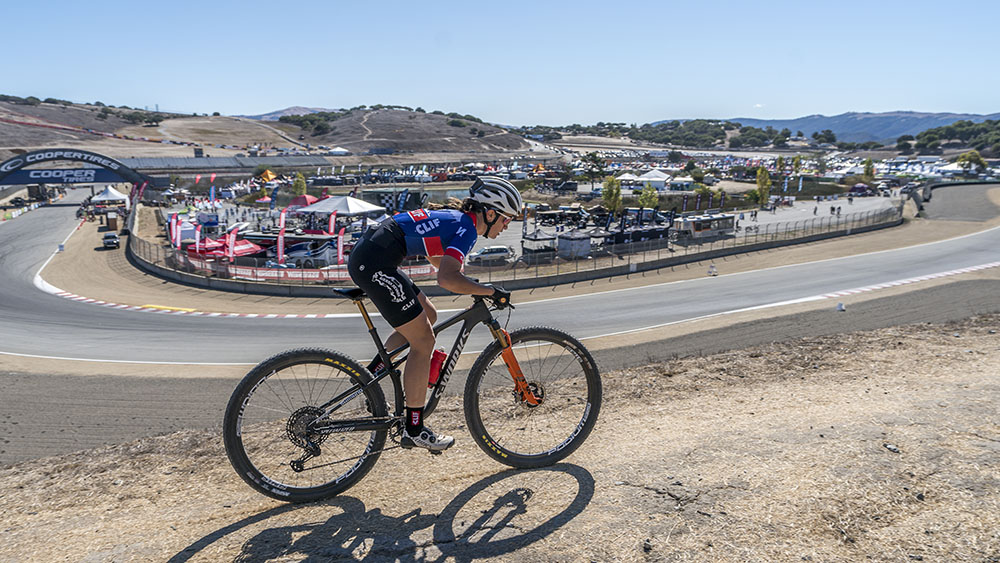 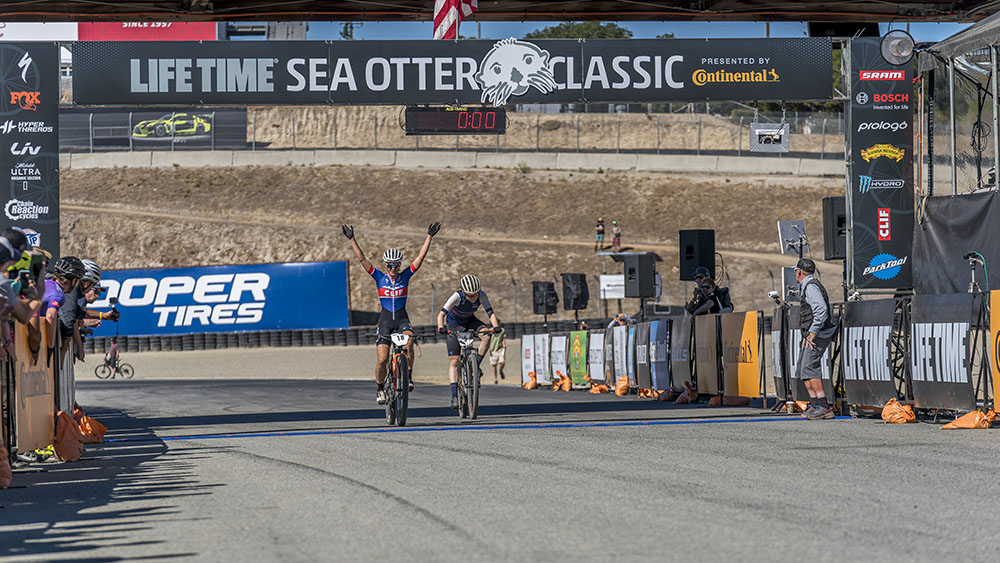 Sofia with a final sprint to take the win. Photo by Kenny Wehn. 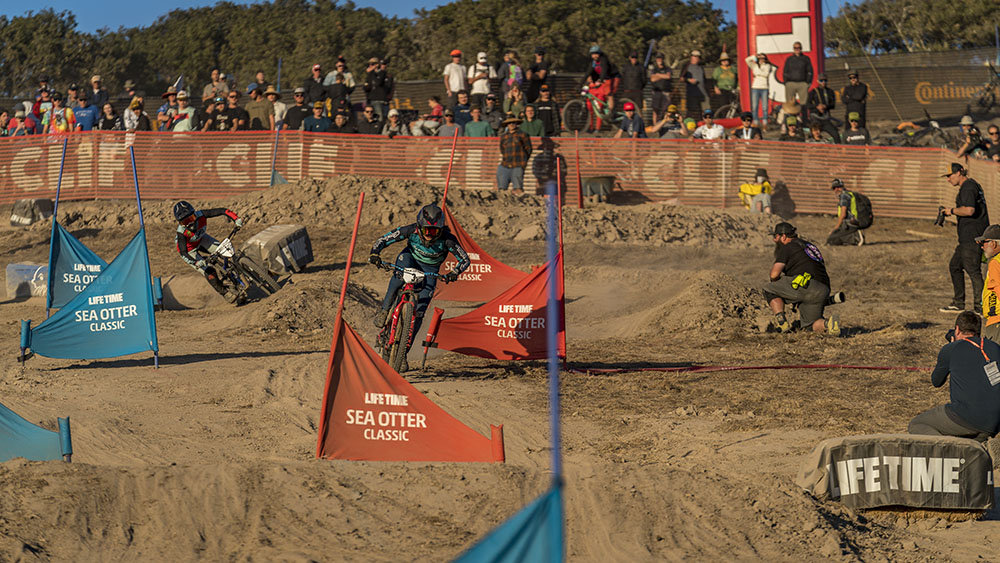 Incredibly dry conditions made for a sketchy, blown out slalom course, but Pivot and Stan's rider Kialani Hines kept things under control to take the win. Photo by Kenny Wehn. 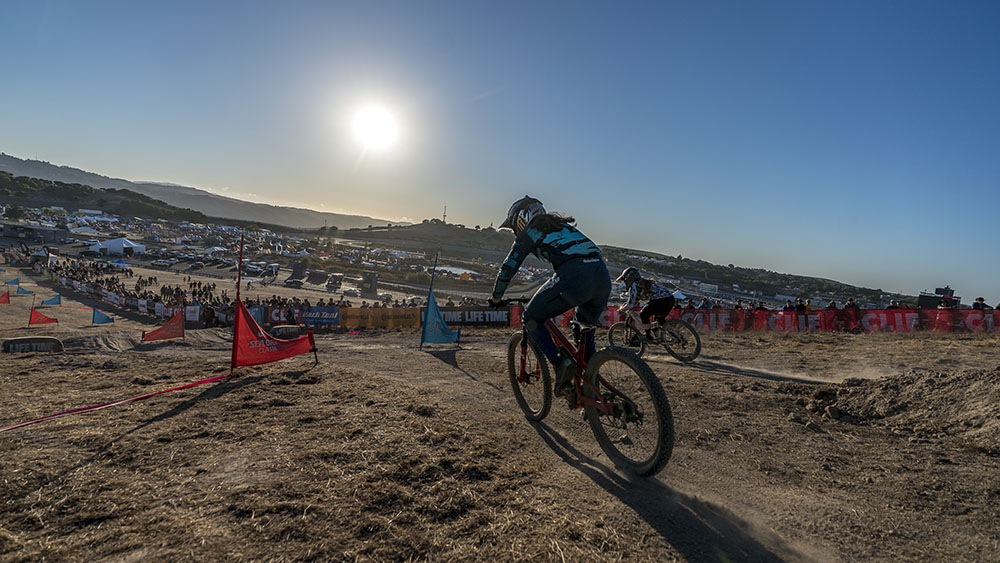 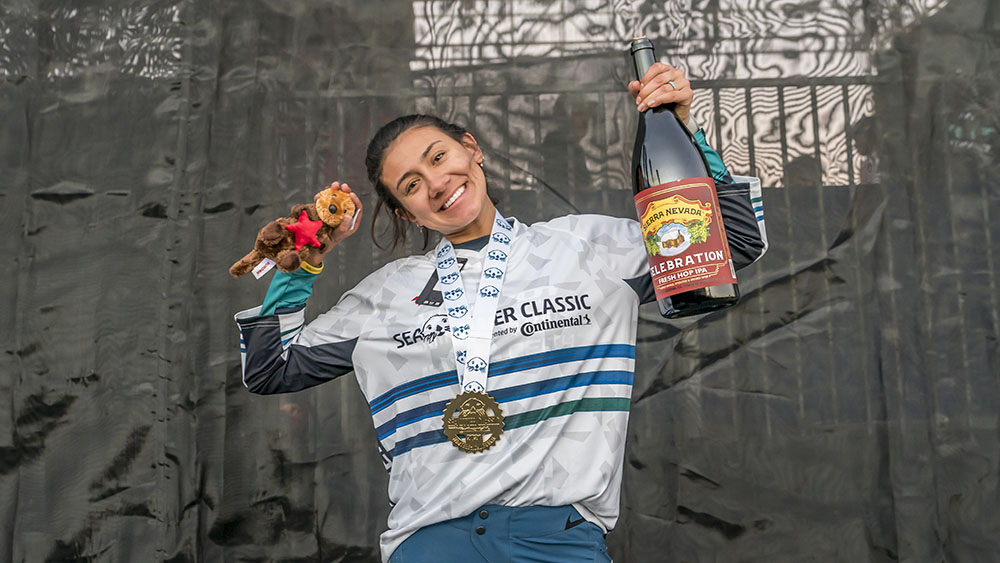 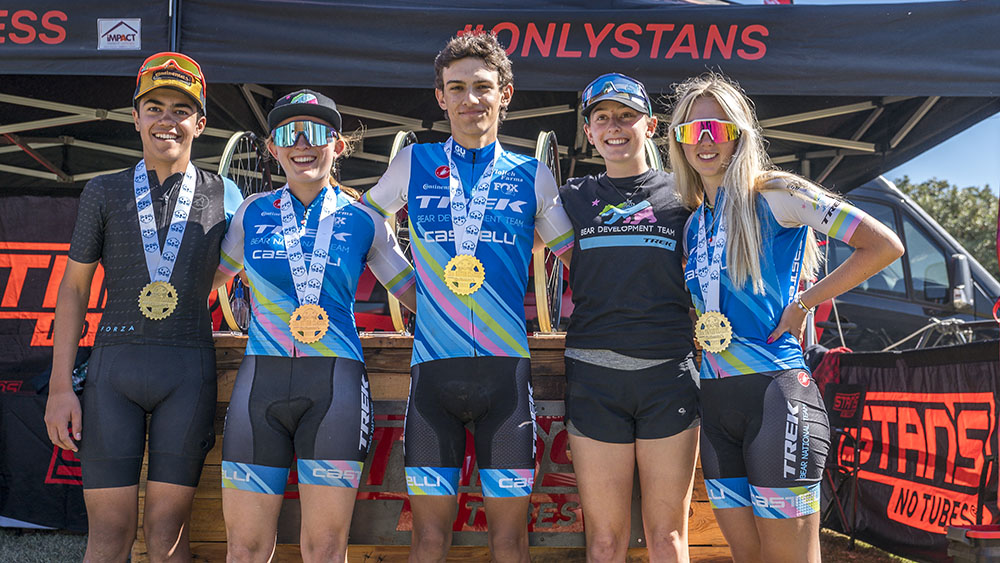 It was great to catch up with teams we've helped throughout the year, including the Bear Development team. Photo by Kenny Wehn. 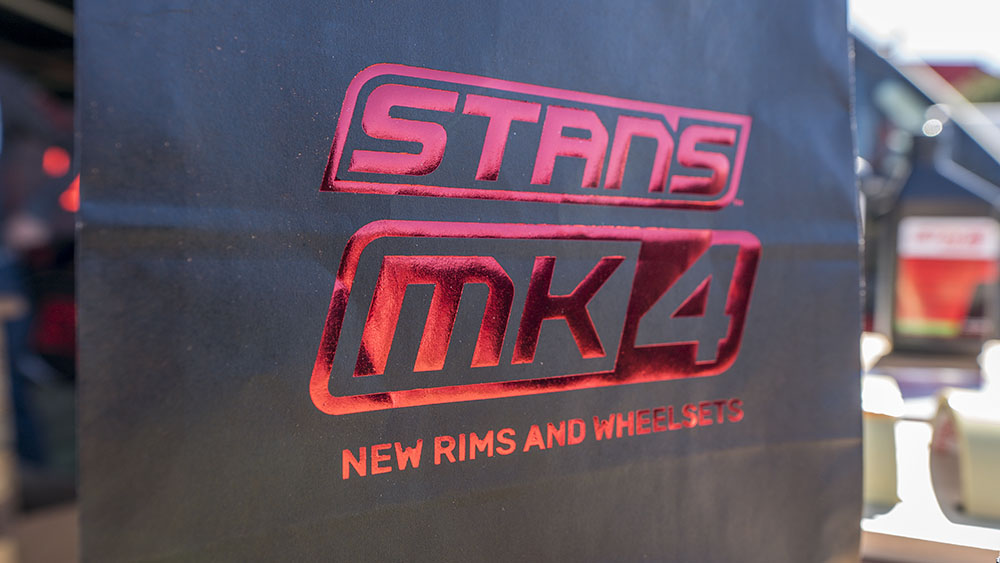 What's in the bag? Some free sealant, a neck gaiter, and some extras to say thanks to our customers. Photo by Kenny Wehn. 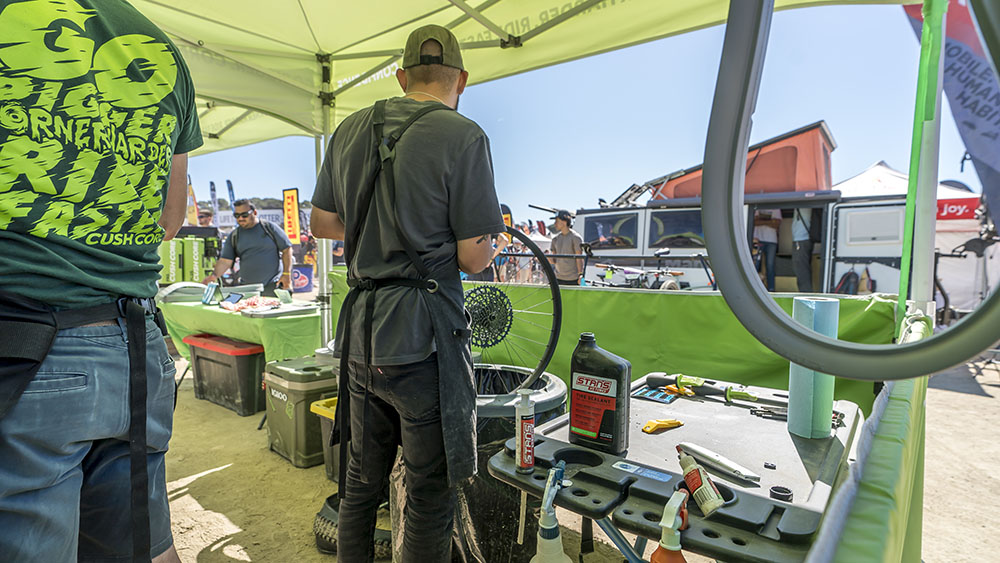 Always great to see Stan's products in use in so many riders' tents and places around the expo area. Photo by Kenny Wehn. 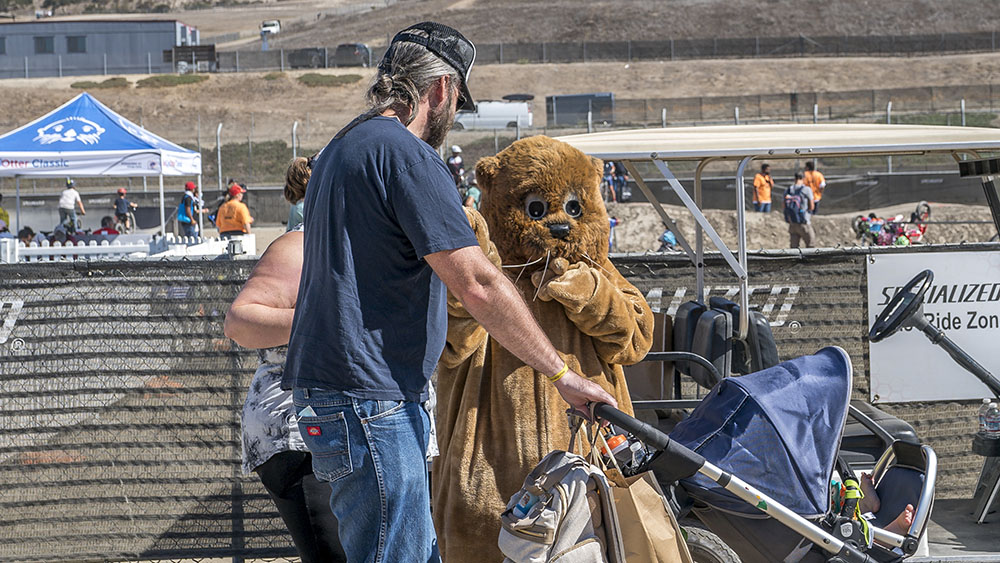 It isn't Sea Otter without a visit from this guy. Hopefully temperatures in October made life inside the otter costume a little easier than usual. Photo by Kenny Wehn. 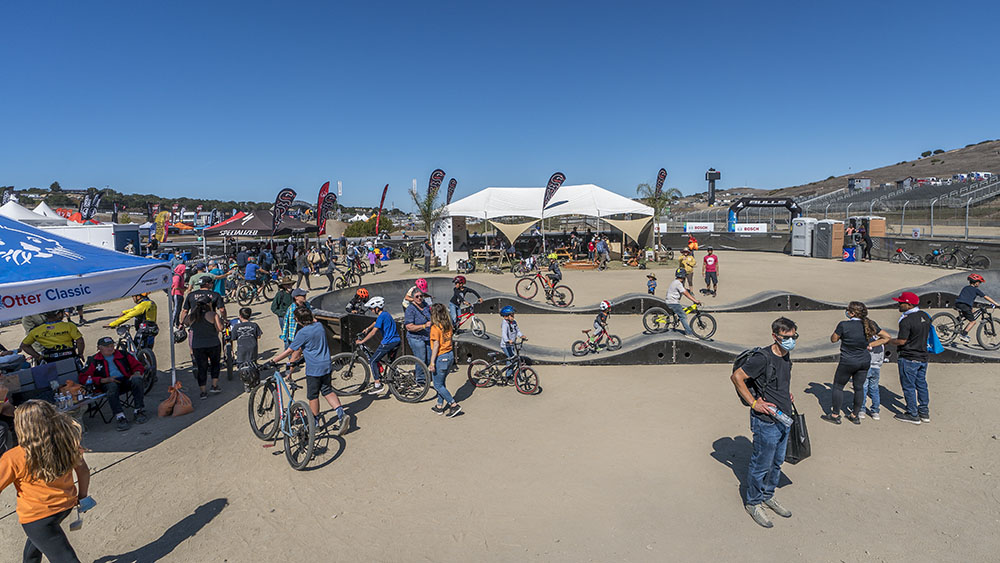 The future of cycling is brighter than ever. Photo by Kenny Wehn.

Speaking of the future of cycling, Pivot unveiled their take on Pinkbike's Grim Donut bike geometry, a design so far ahead of its time that the human body may to evolve before anyone can ride it. Photo by Kenny Wehn. 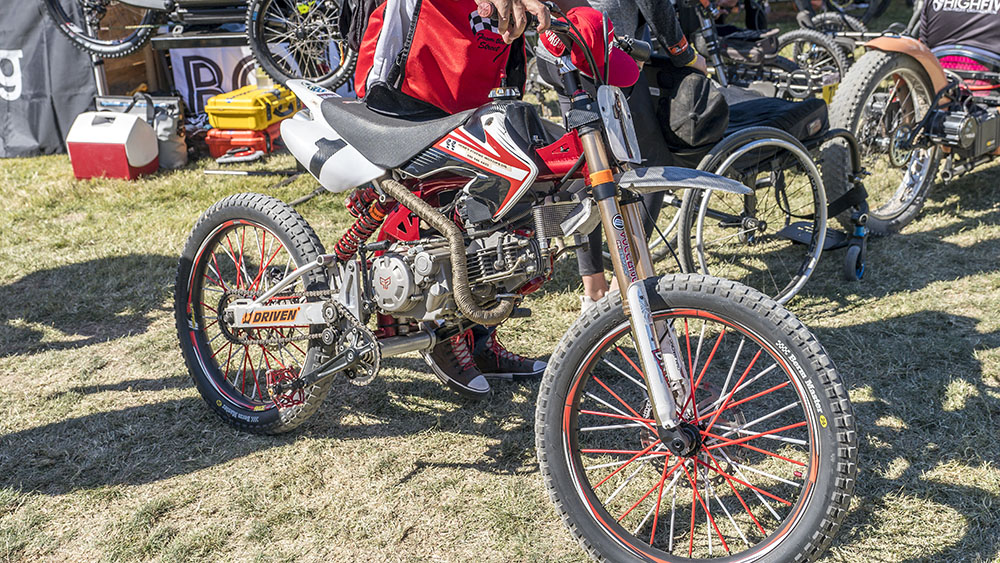 When a standard e-bike isn't hauling you to the top of the climb, it's time to break out the 50ceecee-bike, though we're probably making a convervative estimate on that displacement, based on the sound this thing made. Photo by Kenny Wehn.

One of the coolest parts of any bike industry get-together is seeing wild ideas, especially from young engineers who love to ride. They won't all become the next tire sealant or dropper post, but the sport progresses when people try new things. Photo by Chris Currie.

Bronson from small upstart BeMoreBikes has been experimenting with everything from suspension systems to his wild "Raised Reverse" stem concept that definitely pushes the envelope on bar position. Photo by Chris Currie.

When you want that electric giddy-up, but really, really like your current muscle-power-only bike, Bimotal's Elevate is one way to power up. They're actually tucking a little drive gear behind the special disc brake rotor and juicing it up with a removable motor. Ain't cheap, but maybe versatility's a thing? Photo by Chris Currie.