Pandora’s European Motorsports has been one of Chattanooga's premier motorcycle dealerships for over 10 years. Selling Ducati, BMW, Triumph, Husqvarna, KTM, and Beta, Pandora's Motorsports offers a wide selection of on and off-road motorcycles. We caught up with Matt Welch, an avid cyclist, who's the general manager of Pandora's to pick his brain about the similarities between tubeless use in motorcycle and bicycle wheels. 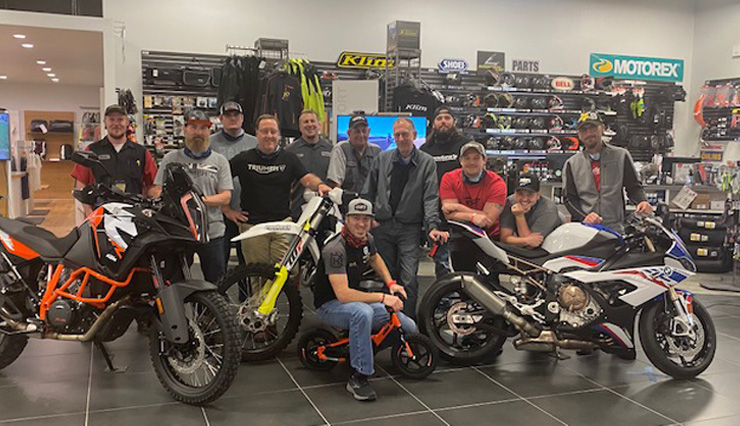 Stan's NoTubes: Let's talk tubeless. The motorcycle industry has been using tubeless wheel systems for nearly 40 years. What are some of the biggest differences between the setups used on motorcycles and those found on bicycles?
Matt Welch: We have seen all kinds of tubeless systems on the motorcycle side, some have worked well and others not so much. With the exception of cast aluminum type wheels, BMW kind of led the way on the street/adventure bike side in making a spoked wheel tubeless by moving the spokes outboard of the bead area. Other brands have come up with their own solutions to tubeless systems: Triumph and Ducati both have set-ups similar to BMW, and KTM has a large gasket that covers the drop center in the wheels to seal the spokes, making it tubeless.
On the dirt bike side, generally speaking, we have to go aftermarket to make those wheels tubeless. The most popular options are either a small high-pressure tube that seals the spoke area of the wheel or a bib-mouse that is a hard foam type insert that fills the entire inside of the tire. There is no need to seal this system as there is no air pressure involved—the density of the foam simulates a set P.S.I.
I guess really the biggest difference though is the acceptable weight of the system. Yes, unsprung weight is important on a motorcycle, but rotational weight on bicycle wheels has to be as light as possible. 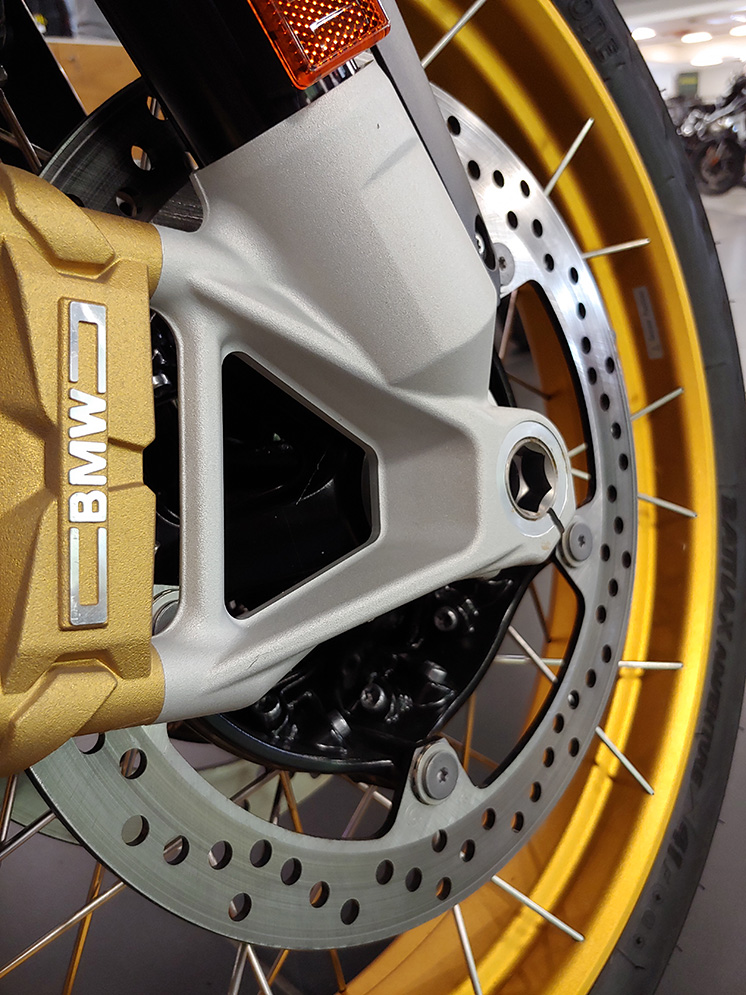 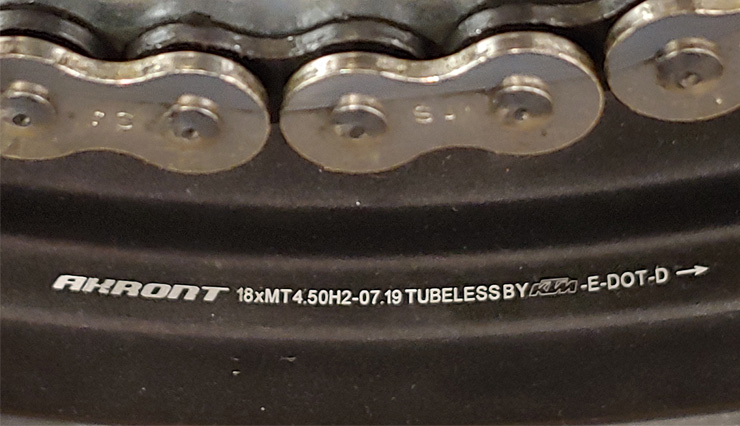 SNT: A bib-mousse is a foam insert that replaces traditional inner tubes, although unlike a CushCore or Huck Norris insert system, there is no air involved at all. Could you see a product similar to bib-mousses working inside bicycle tires?
MW: I don't know. I think there are quite a few things that would make that tough to do on a bicycle. With the current way the tires are built, I don't see a good way to keep the tires on the wheels. The road and MTB world has been trending towards wider wheels and tires with less air pressure for quite a few years now to gain compliance, and I think with the low weight of a bicycle and rider we may lose that. 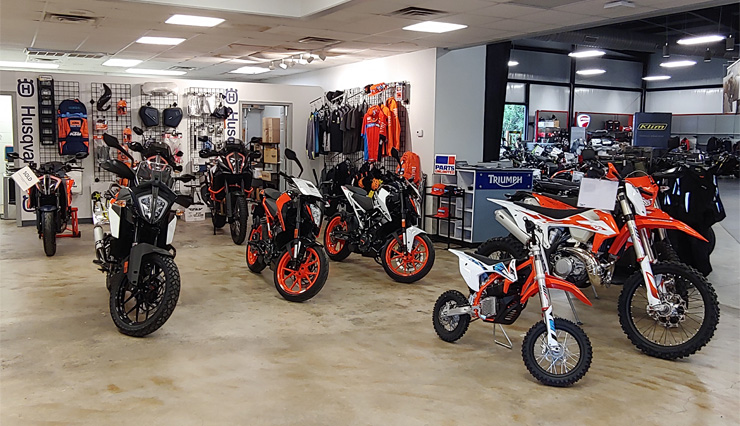 SNT: The bicycle industry has seen a significant increase in established riders who are dusting off old bikes and those who are just now finding the sport. In fact, trying to buy a new bike right now is nearly impossible in some places. Have you seen an increase in shop traffic and new riders looking to get their first motorcycle?
MW: Yes, it has been a crazy year with record sales and service numbers. We have a lot of friends in the bicycle world and a couple of our customers own bicycle shops. We have all had the same struggles this year keeping inventory and trying to not get too far behind in our service departments. We have definitely seen an increase in new riders as well as female riders this year. The motorcycle and bicycle industries have always kind of gone hand in hand with each other but it seems even more so lately. I think as we see electric technology continue to grow, we will see more and more crossover between the two sports. 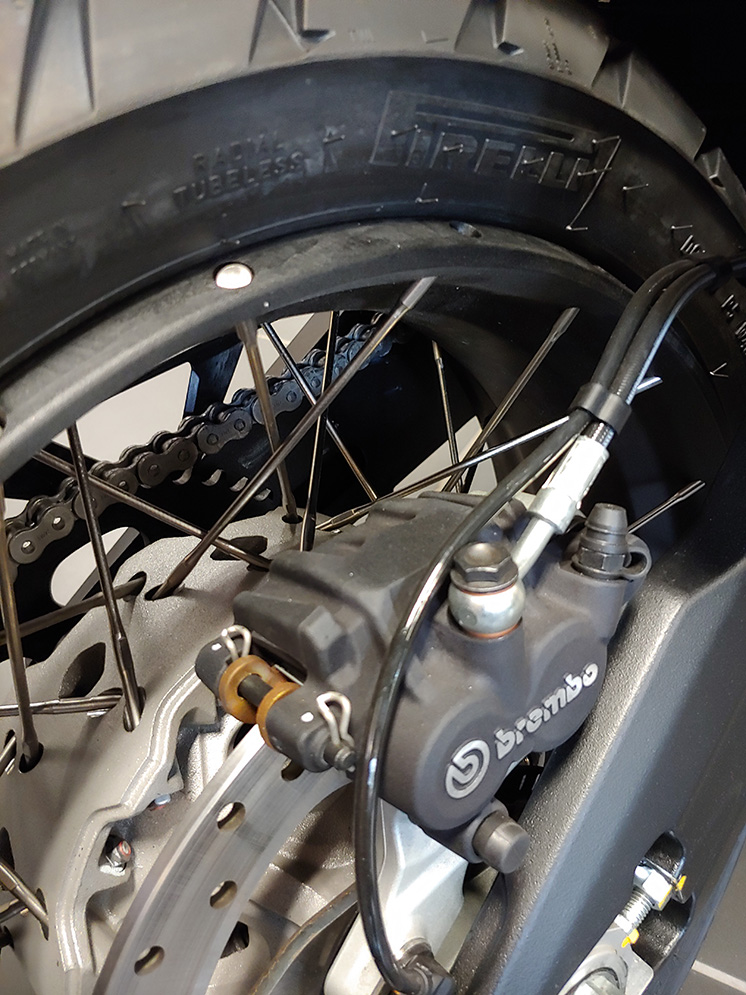 SNT: If you could only ride a bicycle or motorcycle for the rest of your life, which would it be and why?
MW: That's a tough one . . . I guess I would pick a bicycle. As much as I love motorcycles, for me they are my job. Riding bicycles is my third space so to speak.