Behind every Stan’s social media post, e-newsletter, or website article is a small but mighty team of talented staff working together to deliver relevant and interesting content, so we’re pleased to announce that our marketing team just got bigger and better with the addition of our most recent hire, Bob Myaing. Read on for an interview with Bob, who joined us this spring as Stan’s Marketing Coordinator.

Stan’s NoTubes: What do you do during a typical day?

Bob Myaing: Well, I’ve been here not quite two months, so I’m still in a transitional stage. I’ve been taking a look at what’s already in place and what could get improved. I stepped into a role that Marketing Director Gunnar Bergey had been covering along with his own duties, so he’s been passing things over to me.

I’ve been writing blog content, and I’m writing some tech guides to help Stan’s with content and SEO. I’ve also been an extra set of hands behind social media, although we’re also still looking for a person to fill a brand new social media role.

SNT: Do you work out of the Big Flats, NY or State College, PA office? 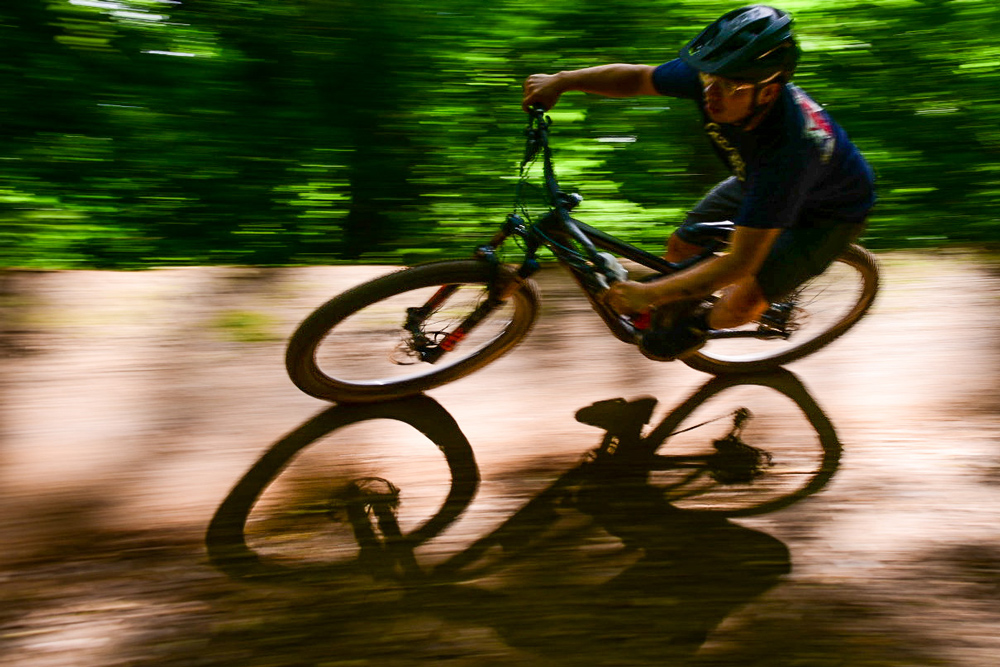 SNT: What do you like best about working for Stan’s so far?

BM: It’s great talking to people who are all in the same cycling world and who love what we do. Yes, it’s work, but some days it hardly feels like it.

SNT: What do you look forward to in your new role?

BM: Over time, I think it’s going to be really fun to help set the path for the brand. For example, I’ll be figuring out athletes and events. Right now, we’re looking at where we devote resources for athletes and events. We’re talking about what we’re going to do for 2023. We may, perhaps, move more toward supporting industry ambassadors and influencers.

SNT: Tell us about your previous work experiences in the bike industry.

BM: I was at Fuji for a year and change. Unfortunately, I stepped in just before the bankruptcy was announced, and it wasn’t the best timing.

I’ve also done a lot of outdoor gear writing, most of it freelance writing for Field Mag. It focuses on film photography essays on outdoor adventures, but I typically cover the outdoor gear that the editors and myself are into. It’s a different kind of space within the gear world. It doesn’t just talk about the big brands, but also some lesser-known, cottage industry brands. You can check out @fieldmag on Instagram.

I’ve also worked in a few bike shops, and I even did a stint working in bike share.

SNT: What about experiences outside the bike industry?

I’ve worked in a number of design and brand agencies -- mostly small to medium firms. That work was really fun. I got to work on a lot of brands. There was a lot of liquor, but also a little bit of everything. Sometimes I was taking photos, doing copywriting, or doing production. 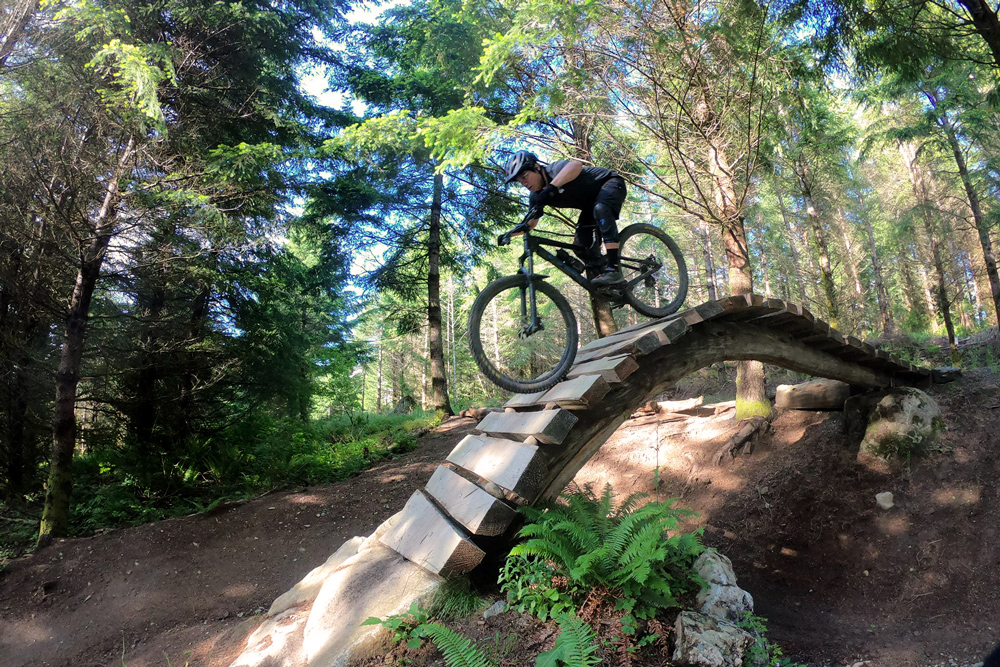 SNT: We’re guessing since you work for Stan’s that you like to ride a bike. What kind of riding do you like to do?

BM: Yes. Most of my riding now is enduro or downhill mountain biking, but I have a gravel bike, too. In fact, I’ve covered the full spectrum from road to cyclocross to racing cross country.

Riding trail and enduro have been my bread and butter for the past four years since I’ve shed the bikes-for-exercise thing. I haven’t had a Garmin on my bike in five years, and I haven’t put on spandex in even longer.

SNT: Have you ever raced?

BM: Yes. I raced cyclocross for five years as a solidly mediocre, mid-pack Cat. 4. I was never one to do much training, but I got addicted to racing. I was also racing cross country mountain bikes for a few seasons.

Then I transitioned to enduro. Enduro racing is fun, and I’ll do an enduro again, but I’m not trying to build a calendar of races. I’ll probably also do a gravel event here and there... something like an off-road fondo. [This August, you may run into Bob at the Enduro World Serie (EWS) rounds in Burke, Vermont and Sugarloaf, Maine. - Editor]

SNT: What are your favorite places to ride and why?

BM: I love riding in Vermont, especially trail centers and bike parks, including places like Cady Hill Forest (Stowe), Perry Hill (Waterbury), and Killington Bike Park (Killington) as well as Thunder Mountain Bike Park (Charlemont, MA). They’ve got berms and good dirt, and there’s lots of recreation to do outside of bikes, too. I like New England summer weekends. I also love visiting my friends in Bellingham, Washington and riding Galbraith. I try to go out there once a year. 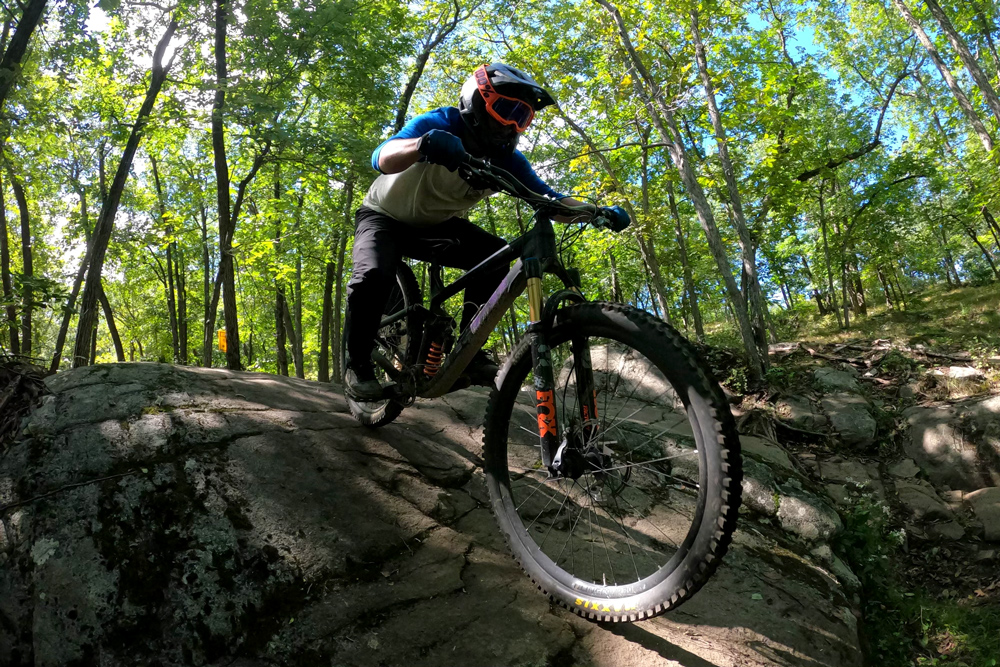 SNT: When did you first hear of Stan’s?

BM: Probably like everyone else out there, the first time was when I heard of tubeless. I was still on tubes during my first few years racing ‘cross. I went from tubes to tubular to tubeless. Once I was on tubeless tires, Stan’s became the default for every single bike I rode.

SNT: What is your favorite Stan’s product and why?

BM: I just got a DART. Believe it or not, I’ve never had one. Sure, I’ve had tire plugs before, but I’ve only had to use one once. However, I ride in a lot of rocky areas, and I’ve been with folks that I could have saved if I’d had a DART with me.

SNT: When you’re not working or riding, what do you like to do in your free time?

BM: I cook a lot, especially making barbeque and baking. I live in Philly, and there’s a great food scene here, so I also love to go out and try new things.

SNT: Anything else you want to add?

BM: I’m excited to be part of the team. Stan’s a brand that’s been around for 20+ years, but it still feels like it’s young. Gunnar and I are young guys with fresh perspectives to bring to the table. We’re small, so it’s exciting to be able to be part of a team where it’s easy to make things happen.